After 4000 km cycling to the TOP of Australia and many schools, on the 29th of November, we finally set sail on a venture up the east coast, to try make it across to Lord Howe! We left on a Saturday, with our crew, Simon, Peter, Adrian and Jacqui, and headed north to Pitt Water. 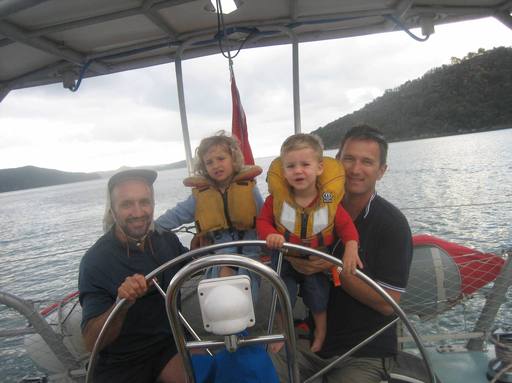 Then after a night in the beautiful national park, we continued our journey to Newcastle. We said goodbye to Peter and Simon, and while staying a day there, we managed to visit the local school, and gave another one of our presentations! 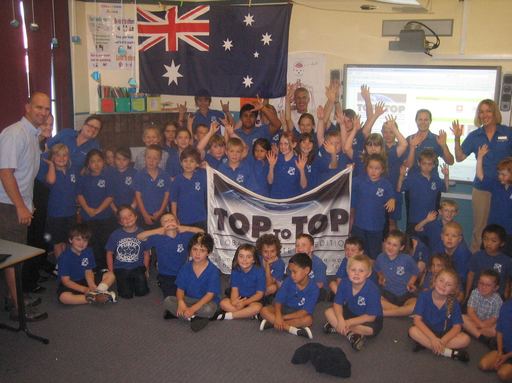 It wasn’t long before we left again, but due to the easterly winds, we decided to go even further north, to try get a smoother sail across to Lord Howe. We made it to Port Stephens, in the beautiful bay, where we said “Goodbye” to our last crew-mate Adrian, and “Hello” to a new arrival, Bill Dobson, an old sailing friend from Melbourne we met in Tahiti! 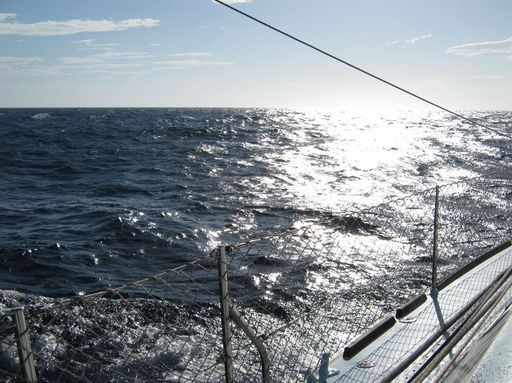 So finally, we set sail across to Lord Howe. The winds were coming in strong from the East, which was making progress very difficult. Although, there were some great highlights, such as the occasional visit from a few dolphin friends! 🙂 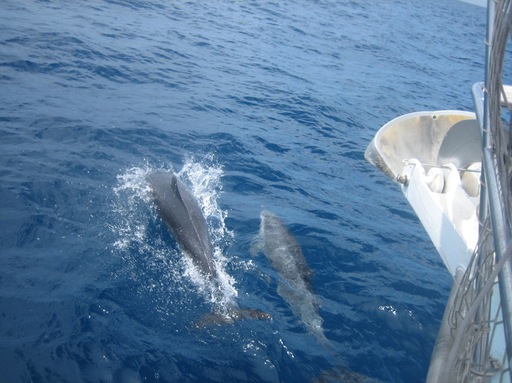 Sabine even spotted one animal following PACHAMAMA’s trail, that isn’t quite as friendly; a GREAT WHITE SHARK! Alas, after three days on the open ocean, fighting the winds, we tried to get to Lord Howe, but with no avail. Eventually, turning back towards Port Stephens. 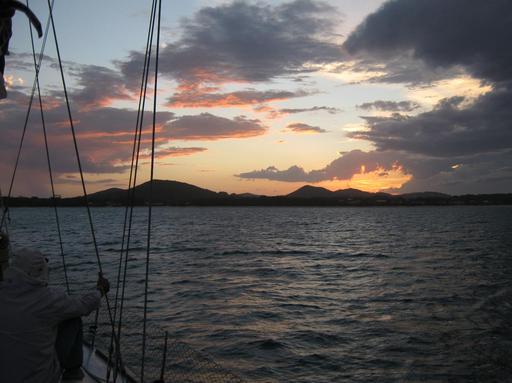 Disappointed, but not demoralised, we made the best of the situation, and performed a Clean up along the beach of Port Stephans! 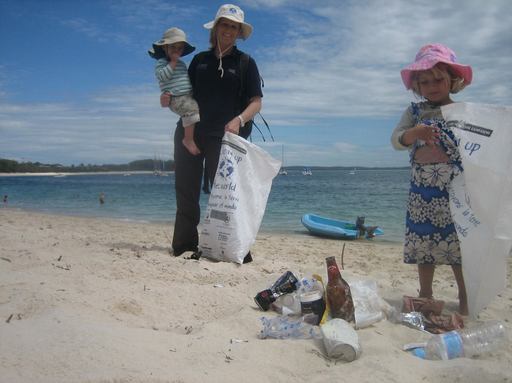 And although it was no “Everest”,the view was stunning from the mountains in the national park. The time here also gave the Children a chance to have a swim and play at the beach, in the Aussie-summer weather!
After a few lovely days, and a sail back to Newcastle, we have made our way to “Bobbin head” at Broken Bay. Stuck here for the weekend due to even more treacherous winds, we will enjoy the magical australian scenery and prepare the boat for it’s next biggest challenge; THE ROLEX SYDNEY HOBART YACHT RACE! Only weeks to go, the crew lists almost finalised, and the boat in “tip-top” condition, tension and excitement it certainly building!
So, it will be a few hectic and busy weeks ahead, but we will approach them with gusto and try to enjoy the stressful and energetic times to come! Wish us luck!
-TOPtoTOP