Schools in the Outback 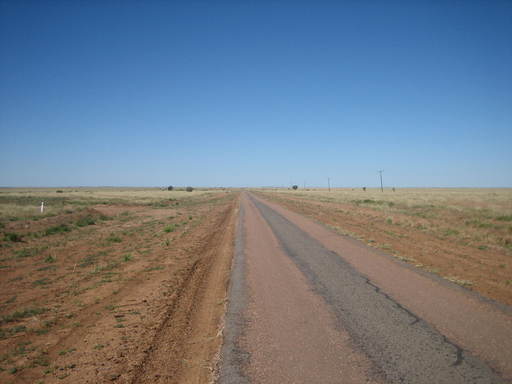 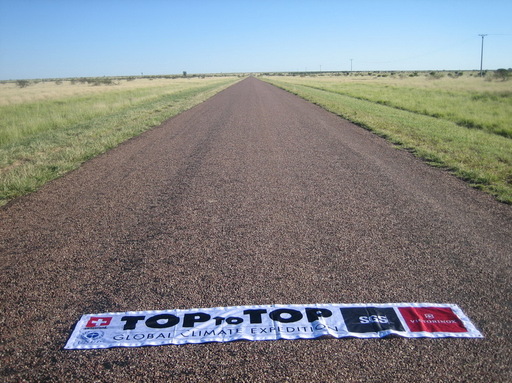 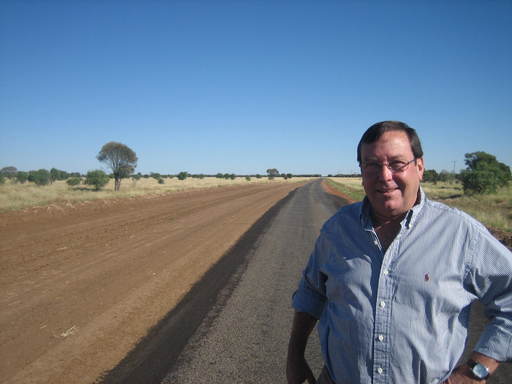 Rob Chandler, the mayor of Barcaldine, organized a total of 10 presentations for TOPtoTOP in the Outback of Queensland! 3’505 people are living here in an area of 54’667 km2. So that is close to 20 km2 per person! 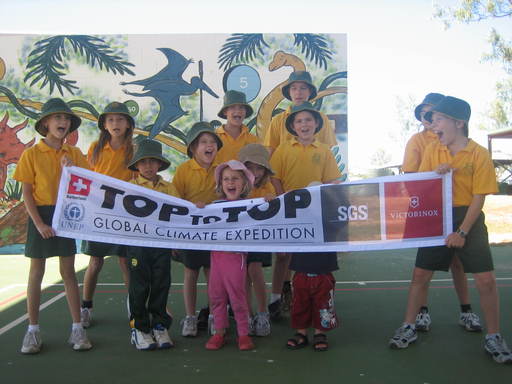 TOPtoTOP within the Muttaburra State School. This little town is really remote: The next shop to buy food is in Barcaldine 200 km away! 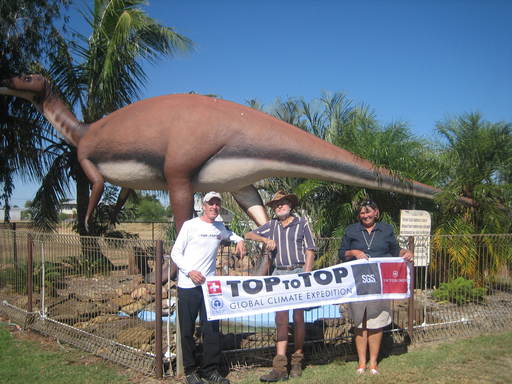 There we met also Doug Langdon. He found Australia’s most complete dinosaur fossil “Muttaburrasaurus landoni batholomai“. This giant was about 10 m long, 3 m high, weighed more than 2 tones and lived 100 million years ago. It walked on his hind legs and fed on the plants that were abounded on the margin of the inland sea that covered so much of inland Australia. One of the most distinctive features of this suarus is an inflated, hollow bony roof over the snout in front of the eyes. Doug told us, that it function was to make loud noises such as mating calls. 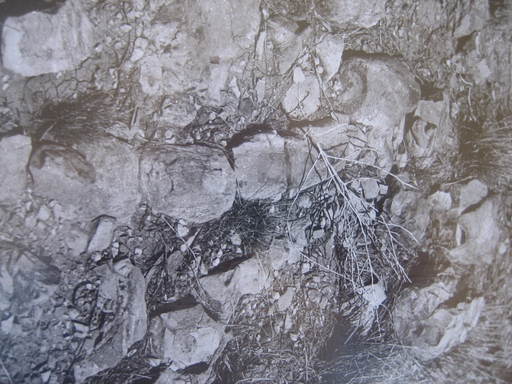 In 1963 Doug was out mustering cattle near Muttaburra, 1246 km NW of Brisbane. He stopped to water his horse at a creek near the Thompson River. He recalls: “I remember stopping to let my horse have a drink when I noticed a pile of unusual rock down by the river bed. I went down to get a better look at it and found that the rock was in fact a big bone…” He thought it looked like a very interesting fossil. He contacted the Brisbane Museum and 2 months later Doctor Bartholomai arrived in Muttaburra to investigate the discovery. 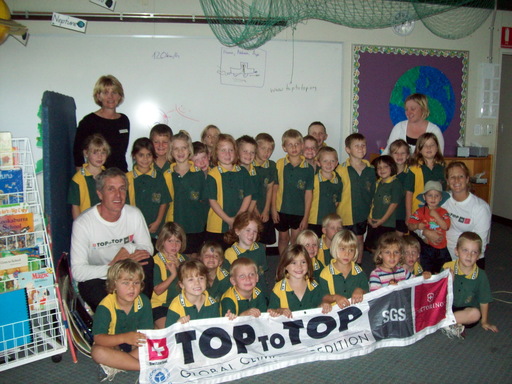 TOPtoTOP in Barcaldine State Pre-School. Afterwards we joined the trainings for the world famous goat race on the 2nd of May and Salina and Andri tested it out. 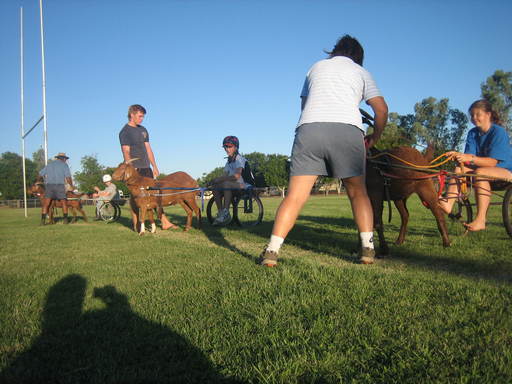 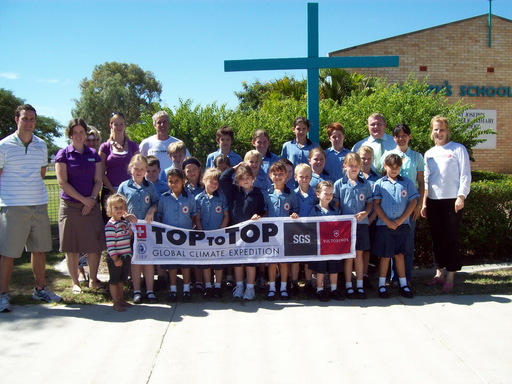 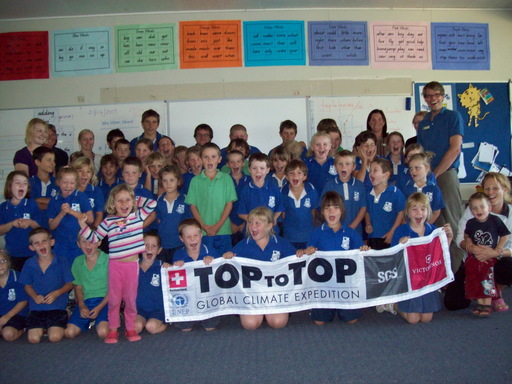 TOPtoTOP in the Aramac State School 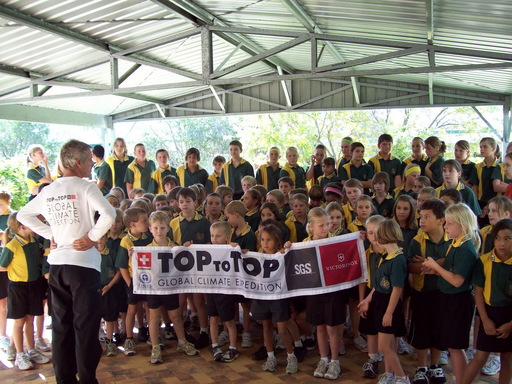 TOPtoTOP in the Barcaldine State School 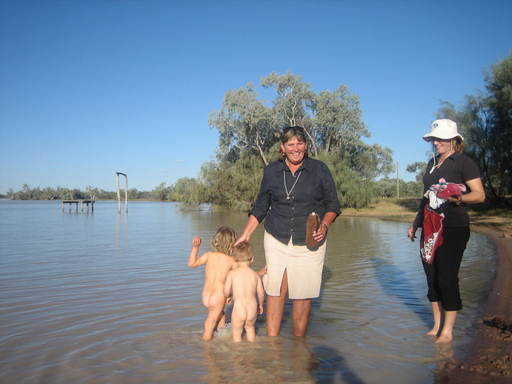 Jenni Gray, Deputy Mayor of the area, who joined us in every school. She told us that the average grazier runs between 1000 to 4000 cattle, pending on the size of the properties. She told us that there was no rain for 10 years. On the day to give up and decided to go and work in a mine, it started to rain. Thanks to “La Nina” there were hips of rain and the country is green again. 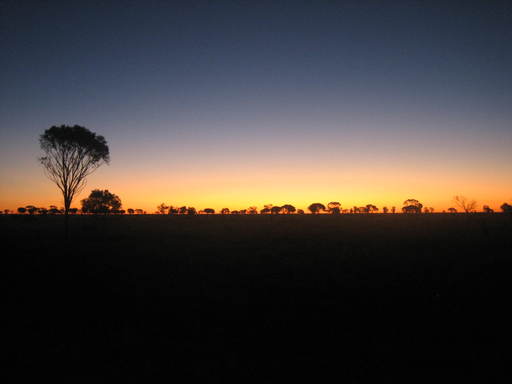