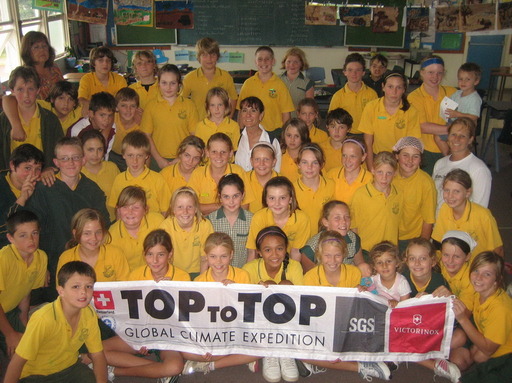 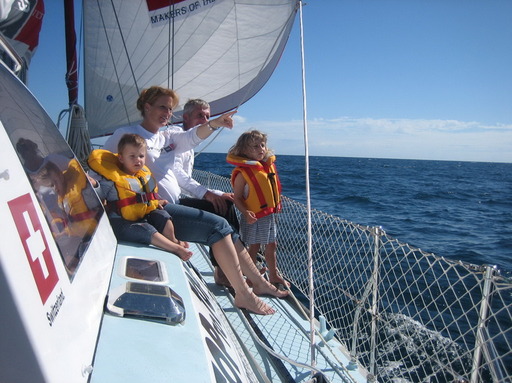 From Mooloolaba we were escorted by dolphins up to the Wide Bay Bar where we went into the shallow Great Sandy Strait. 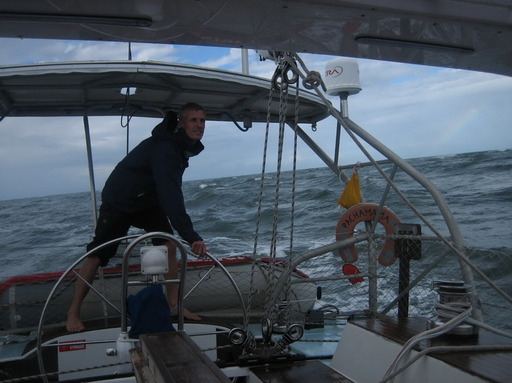 We used all our navigational skills for the Strait, because our draft was just on the limit. 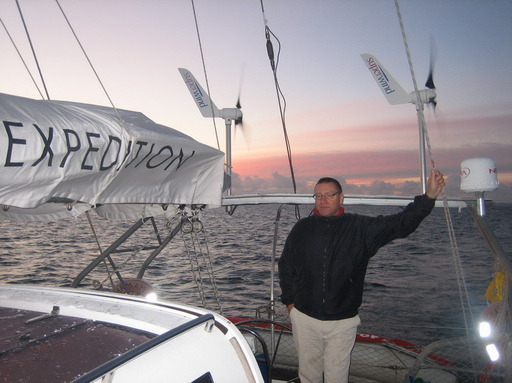 On Fraser Island Klaus Krieger from SUPERWIND http://www.superwind.com joined us for 5 days to Bundaberg.

The Bundaberg Port Marina gave us a free birth and like this we were able to visit the schools in the area. 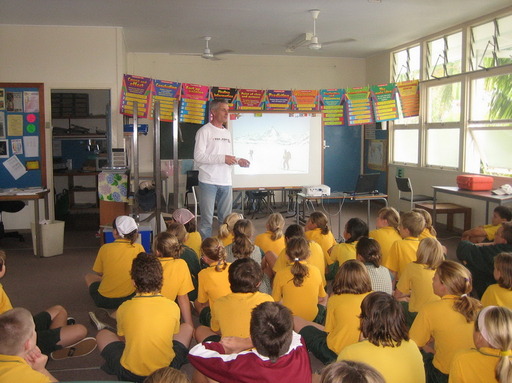 The Marina is currently working to gain its accreditation as a “Clean Marina” under the clean marina program.
In the Marina I was busy fixing our toilet and our dingy. Klaus was of big help installing the new solar panels. 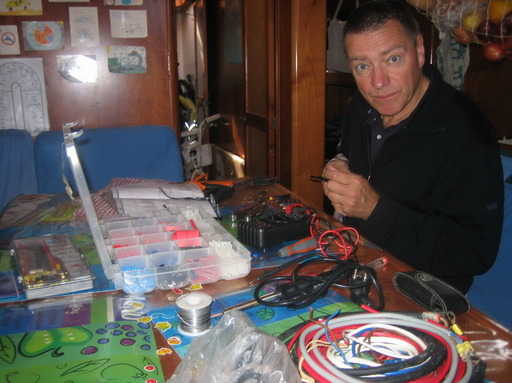 Finally we had to say goodbye to our friend Klaus who went to the Sanctuary Cove Boat Show to promote his Superwinds.

The kids had a last game on our friends on Shining Light, before we set sail together with SY Magnum to Lady Musgrave Island and Great Keppel Island early next morning. 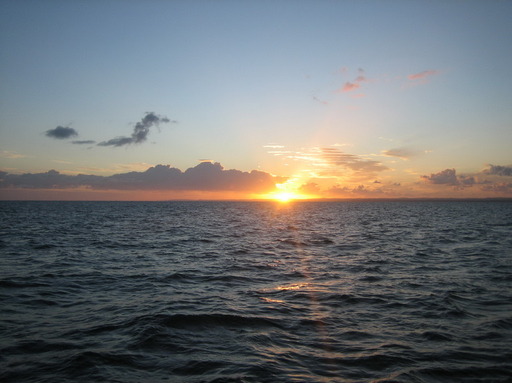 Here an update from our TOPtoTOP diver team about the Indian and Atlantic Ocean:
In 2007 the White Princess crossed the Indian Ocean to Mayotte, a French possession near Madagascar. This was the only place in the Indian Ocean we were able to dive, but it proved a pleasant surprise as the reefs all appeared healthy with a varied collection of marine life, which provided some very enjoyable diving in the sheltered waters of the lagoon.
Unfortunately, we couldn’t explore the other areas as we had to head down to South Africa to round the Cape of Good Hope. From South Africa we sailed north to Namibia where we saw the most spectacular displays of bio-luminescence we have seen anywhere. Sailing along at night, each fish within each shoal was clearly outlined in brilliant luminescence and the fish were so numerous that almost we could have walked over the water to the shore on their backs (if they’d stay still long enough). This is due to the nutrient-rich waters coming up the coast from the Southern Ocean. In the daytime we were surrounded by seals & penguins – we were even boarded by a large bull seal while sailing along.
From Namibia we sailed north-west to West Africa and on to the Cape Verde Islands. Here we found plenty of problems. The first is that the government has sold fishing rights to some European countries, who with their advanced fishing techniques have been able to strip the surrounding waters of all the fish. There are few fish left for the small local fishermen to catch, but what struck us most forcefully was the absence of birds. In the southern group of islands we found virtually none, but even more appalling was when we anchored off some islands that were supposed to be a nature sanctuary and the home of millions of breeding sea-birds, and found them deserted. There were no birds here, and no sign that any had been here in recent years (no guano, no abandoned nests).
We left the Cape Verdes and crossed the North Atlantic to Barbados. We last sailed this route 5 years ago and the deterioration since then is worrying. The only fish we caught on the trip were small & undernourished, the flying fish were almost gone, with only a few solitary fish flying from our wake, there were no squid, no dolphins, no birds and only very weak bioluminescence. We are not sure what this means, except that it indicates a shortage of plankton in this area.
We are now taking a year out for a re-fit, and when we return we will be fitting ourselves out to run some tests on the water quality and the health of the environment as we cross the Pacific – so watch this space!
Best wishes,
Mike & Dawn Dorsett on White Princess.