This was my second day in the campsite. During our breakfast, Dario explained the schedule for the whole day. The original plan was modified slightly because the weather was cloudy and seemed like it was going to rain. This was also because he wanted the kids to participate and enjoy the day fully. 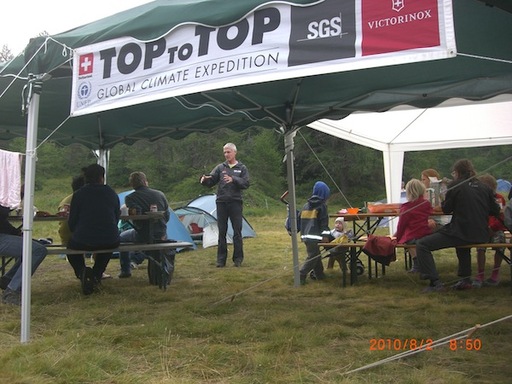 We first went to see a great nature phenomenon – the “gletscher muehle”. (Glacier Holes) These can be found in at least 6 spots around the mountain Marmitte glaciali del Maloja. 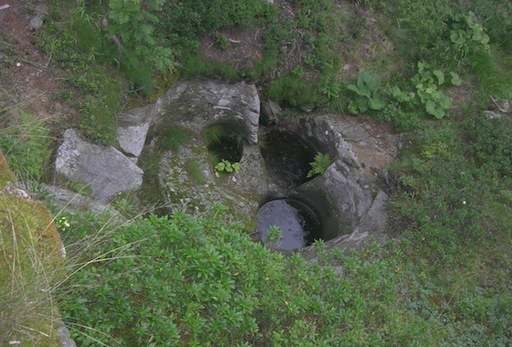 They are fluvioglacial landforms occurring as the result of blocks of ice calving from the front of a receding glacier and becoming partially to wholly buried by glacial outwash. Glacial outwash is generated when streams of meltwater flow away from the glacier and deposit sediment to form broad outwash plains called sandurs. When the ice blocks melt, kettle holes are left in the sandur. When the development of numerous kettle holes disrupt sandur surfaces , a jumbled array of ridges and mounds form, resembling kame and kettle topography. Kettle holes can also occur in ridge shaped deposits of loose rock fragments called till. Thanks to Stephan, who was a really good geography teacher that patiently explained to me the details of how these holes are formed, I became interested in this phenomenon. 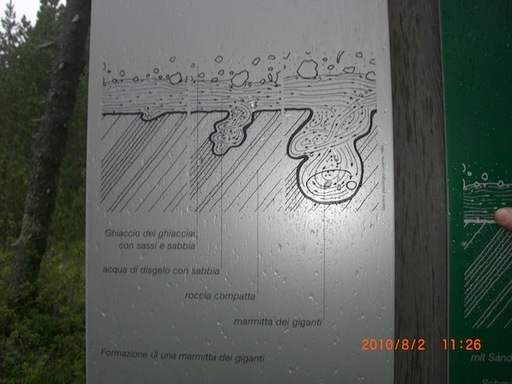 We continued our trek and finally arrived at a castle of Giovanni Segantini. It is located at peak of the mountain, where one can view the beautiful landscape around the region on the roof. This castle is completely opened to the public, so everyone that passes can visit the castle freely. It is now an exhibition of the local natural environment. The first and second floor was filled with photos about animals and plants around Maloja and I feel that it’s a perfect classroom especially for kids to get to know the different creatures around Maloja.
On the third floor, there are pictures depicting different stories on the discovery of the environment and measures for protection of Swiss environment. The story that affected me the most happened in the early 1960s.During that period, the locals of Maloja cut down the trees along the river to make money, resulting in the deterioration of the local environment. Floods came and destroyed the houses along the river, making them realize how important it was to protect the trees, which were the guardians for the local people from floods. From then, they replanted trees and laws were erected so that no one is allowed to cut these trees in the future, which contributes a beautiful Maloja. I think the same thing happens in China. We now gradually realized how serious it would be if we continue cutting down the forest. So we should take action, and the example of Maloja tells us that it is never too late to do that. 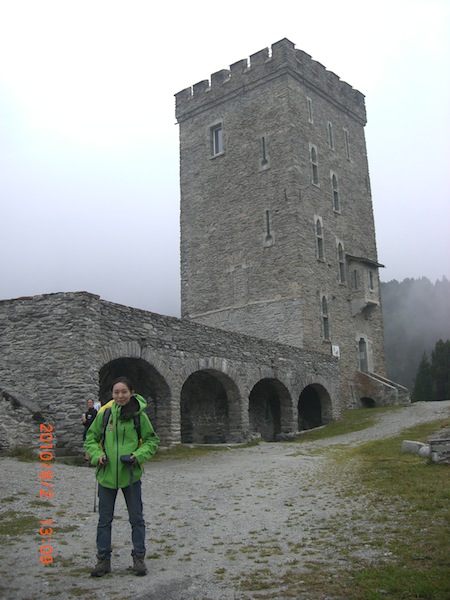 The exhibition on the fourth floor is an introduction of the designer and the history for the castle. Interestingly, he had a dream to take part in the first world expo in Paris showcasing his unique design of a construction which allows one to view the scenery from every direction. But he did not make it. I think if he knew that the Swiss pavilion in Shanghai Expo was very special and famous for the special chair lift, he would consider this dream realized. For tourists can sit on the chair lift along the specially designed route like the Alps to view the beautiful landscape of Switzerland.
After visiting the castle, we started to head back to camp. It was a short but fulfilling day, we luckily viewed both the natural and cultural beauty of Switzerland. I realized I love this charming country even more than I did before.