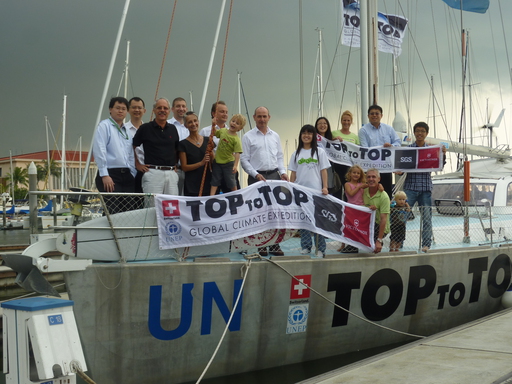 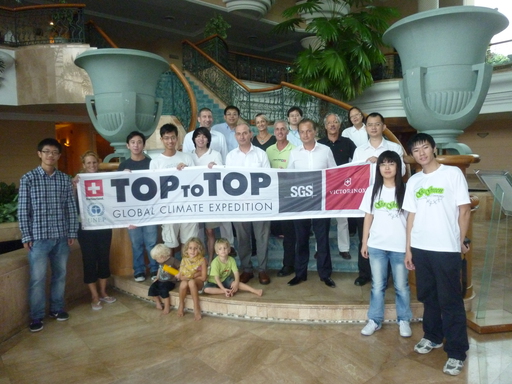 TOPtoTOP Singapore Founding Ceremony
On the 29th of April 2011 TOPtoTOP Singapore was founded as an interest group of the TOPtoTOP Foundation. The idea came up while having a dinner on Pachamama.
Everything starts on Pachamama…
The board members are:
Chris Ngoi, president
Dominique Gabella
Wang Jing (Ginay)
Sandro Steiner
Marco Preisig
Micheal Thatcher
Founding members:
Deepa Chatrath
Subodh Mhaisalkar
Yan Yen Kheng
Basil Than She Jeeng
Taras Wankewycz
Giuseppe (Joe) Cavallaro
Soh Serena
Li Zixuan
Vivek Chatrath
Sabine Schwoerer
Dario Schwoerer
On the 1st assembly the statutes where discussed and the first action defined. The statutes where signed by all founding members and the 4 board members (Chris, Dominique, Ginay and Sandro). More pictures…
Subodh with the “Fuell Cell Team”
NTU University became a partner of TOPtoTOP thanks to Subodh Mhaisalkar, Executive Director, Energy Research Institute @ NTU. With Subodh’s family and some wind surfers we had the first clean up action organized at the Singapore East Coast!

The first project between NTU and TOPtoTOP is to optimize the energy systems on the TOPtoTOP expedition boat “Pachamama”. There are 4 groups with 4 different subjects:
1. Fuel Cell Solution, under the lead of Dr. Ding and Taras Wankexycz. Dr Ding (ERIAN/NTU) and Mr. Taras (Horizon Fuel Cell Technologies) are looking into some “Off-the-Shelves” solutions. The idea is to capture our excess energy and store them for portable usage. The unit will be useful for educating students along our trip.
“LED team”
2. LED Lighting, under the lead of Dr. Yen Kheng and Li Zixuan. This team tries to safe even more energy with a smart LED system.
“Rachid and Joe’s team”
3. Battery Storage, under the lead of Professor and Principal Scientist Rachid Yazami. Prof Rachid has met up his industry contacts. We already were able to see a battery recycling facility of BSI and GREENBATT Solutions for Renewable Energy. Prof Rachid is also into Lithium battery research. One project is to put Lithium batteries on the boat. That means to extend the storage 3 to 4 times!
Josette Riviiere-Garde from BSI and TS Chung from GREENBATT, solutions for renewable energy.
4. Wind data collection, under the lead of Senior Scientist Giuseppe (Joe) Cavallaro.
More pictures of the NTU-TOPtoTOP event held in April 2011…
We end this report with a “Happy mother’s day”!
“Pachamama” is in our hands!
Sabine might be a mother of 4 tomorrow?
For all mothers, here a dance from Salina and Noe!