We arrived in Cocos Keeling on the afternoon of August 30th and anchored off the Direction Island, at the north of the atoll with a half-dozen other boats. A very nice Australian customs official had us fill out mountains of paperwork and then sped off on his jet ski to the next boat. We then put the dingy in the water and paddled into the beach to wander, play in the sand and swim. It is very beautiful here!!!

Shortly after breakfast, Dario and Michael headed over to “Home Island” with Vigar and Lizbeth who were kind enough to shuttle us over there in their dingy. Most places were closed given the EID holiday, but fortunately the iCafé and the school were open. Michael went to the iCafé for expedition reports and Dario, Vigar and Lizbeth went to the Cocos Island District High School to address the students.

Dario had a great session with the students. This school has actually won awards on their environment work focused on rising sea-levels and the impact it is having on the islands. See their report in next post. 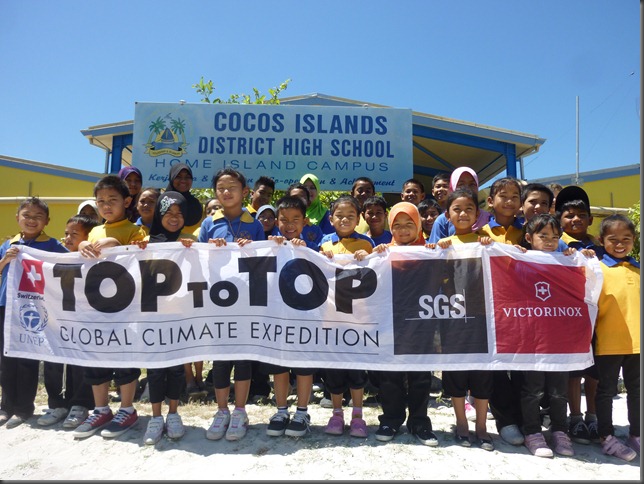 At 4 PM – we gathered on the beach with other boaters and collected plastic garbage from the ocean side of the island and then wrote “No Plastics” with the garbage. 4 teams of 3-4 players – judged on how quickly they could fill a large garbage bag full of plastic – sadly, this took less than 5 minutes – then on their artistic expression in saying “no plastics” with the garbage that they’d collected.

The winning design with NO Plastic written out in 4 different languages! Following the competition we collect all our combined garbage, dug a big hole and buried the plastic deep under the sand. 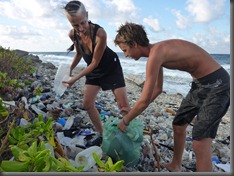 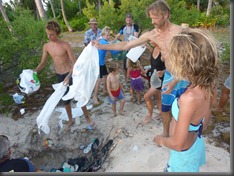 This clean up connected over 20 people in a group effort where we all took part in taking care of our planet and leaving the place we were in in a better state than we had found it. Many of the participants were children and adolescents and all were actively engaged. The event has left its mark and is something that all will carry forward with them into the future.

I think this picture says it all: 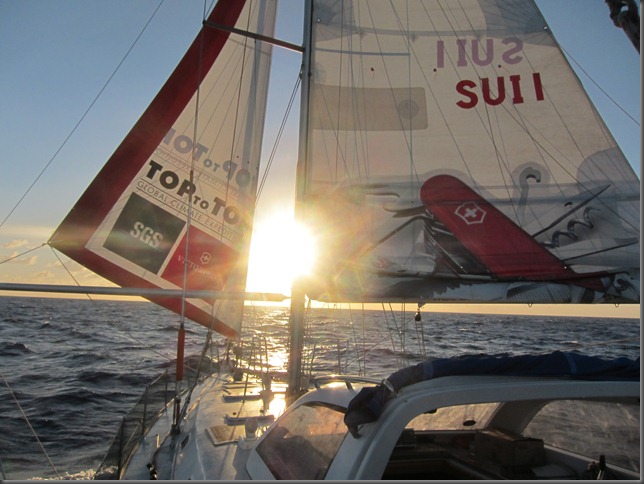 For 9 of the 12 days we were “wing and wing” with 20-30 knots wind and following seas. The sun was shining; porpoises came by to greet us as did a few sea-birds.

On the 9th of September, TOPtoTOP hit a major milestone of 40’000 nautical miles! That’s 3 times around the world!!

But the good weather didn’t last and for the final days it got quite rough with winds gusting to 55 knots: 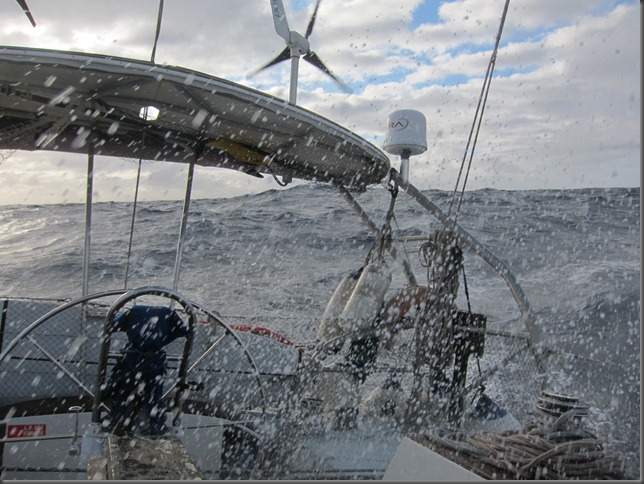 It was great to arrive in Rodrigues where we will spend the next day and Dario will meet with local students at the College of Port Mathurin and then continue to Mauritius tomorrow, arriving in 3-4 days.