Normal day on Passage as Mum of 4 Kids 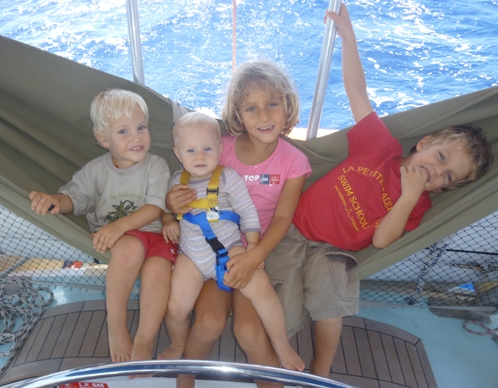 25th of March – just a normal day on the expedition….
Deusche Version unten. – From Sabine, kindly translatet by Hanna Law. Published in Rio, where we are at the moment:
I once wrote something about how we spend our days, not because I think that it is important, but because many people ask me again and again what we as do all day?So here is an account of our fifth day at sea on our journey from St. Helena to Rio, Brazil on 25 March 2012.