Arrived in the Aleutien Alaska 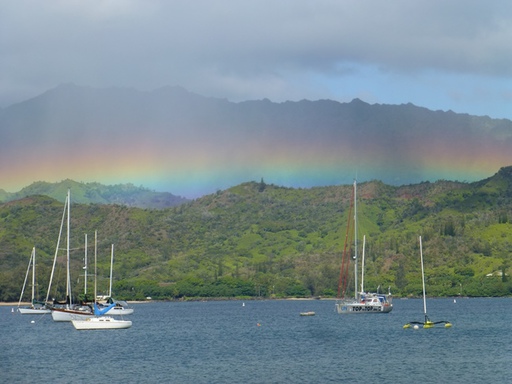 Kauai, our last warm anchorage
On 27-07-2013 we depart Kauai for Alaska. After a last clean-up at the Hanalei beach we met per chance Terry Lilley, a marine biologist. While he films underwater movies, he explores the north shore reef of Kauai and his habitations. Doing this he has discovered four news species. His goal is to create a model of a worldwide reef protection. Unfortunately it was only a short meeting because he had to leave for Honolulu, where he had an interview. Salina wants to go back and do some underwater movies. 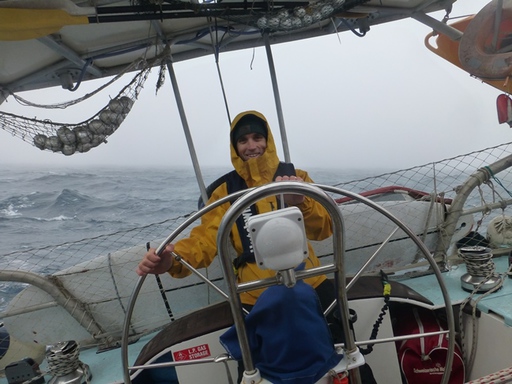 With the passage wind (20-25 KN, north east wind) we sailed off in direction North West. A last rainbow said good bye. The north pacific is characterized by a high pressure between 40-50° N and 150° W -170° E. Our goal is to sail on the west side around this high pressure, marked by less wind and to reach the west winds in the north for sailing back to the Aleutian Islands. This summer Alaska knows a heat wave and so this high pressure is even more pronounced. Once we have passed 40°N the wind turns to south and drop down. We used this time window to fix some damage on Pachamama. 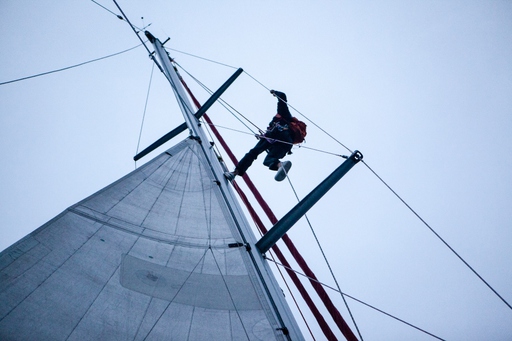 5 o’clock in the morning, the best moment without waves to put Dario up the mast for fixing our front sail and the forestay. Even with the small waves Dario did some acrobatic exercises on the top of the mast. After the hard work, Dario is again on board, Sabine discovered water in one of the front bathrooms. The kids shouted already that there is a leak in the boat and that we were sinking. A ‘through hall’ was damaged and we had to exchange it, avoiding too much water entering the boat. Quite a challenge on a passage like this… At lunchtime everybody was tired but happy that everything was fixed. 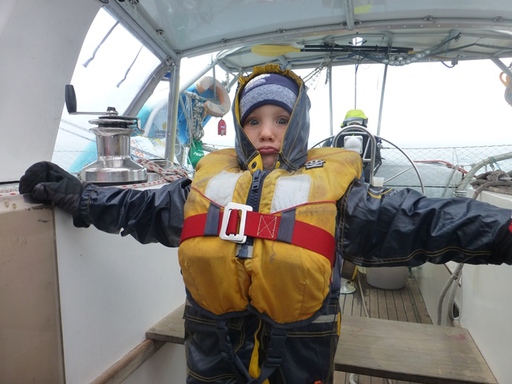 Now we had deserved shower. The nights were getting cold. The kids got their gloves, beanie and boots. The adults took out their warm sleeping bags.
The high pressure forced us to go further west to find some wind. Past the high pressure the water temperature dropped down to 3.4°. 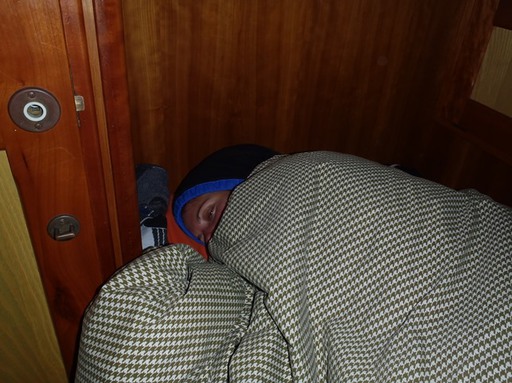 Our heating did still not work, even we ordered spare parts for US 500.-. Dario is missing one switch for it. We hope TOPtoTOP member Nikolai can bring it to Kodiak from Switzerland? 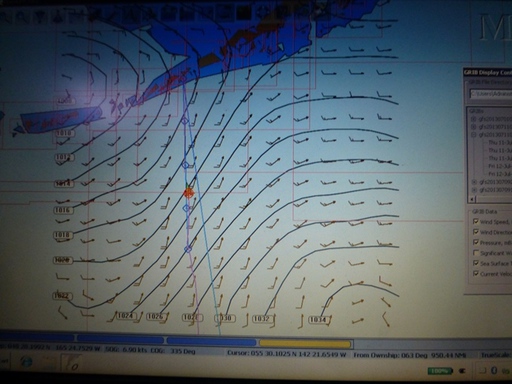 On the north side of the high pressure, the wind was more unstable because we are in the weather kitchen of the north pacific. With each west front we got wind about 20-25kn NE. Dario was quite busy to study the weather data which changed every 2 hours.
Thanks to Jan Hafner, Fred (from SY Songline) and Eric (from SY Sarana) who provided us with great weather information.
Life on the boat is marked by the rhythm of the shifts and the kids. Nic, Christina und I had four two-hour shifts. Sabine looks for the food sometimes with help from Noe and Alegra, Dario for the navigation and repairs and with Sabine for maneuvers and reefing. 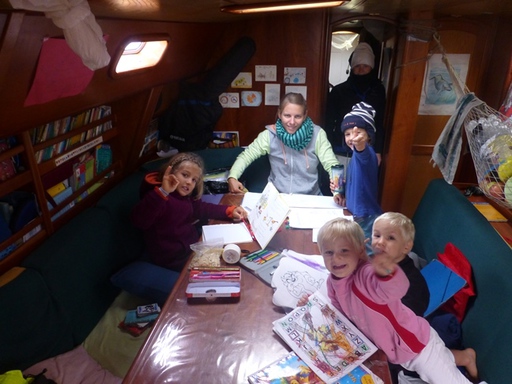 Salina and Andri have school in the morning with Christina while Sabine and Dario tell some history to Alegra and Noe or draw with them. After lunch there is homework to do and Nic teaches them in science and English. In the evening Sabine teaches Salina and Andri to play recorder. Nic was filming the life on board. You will see it soon. 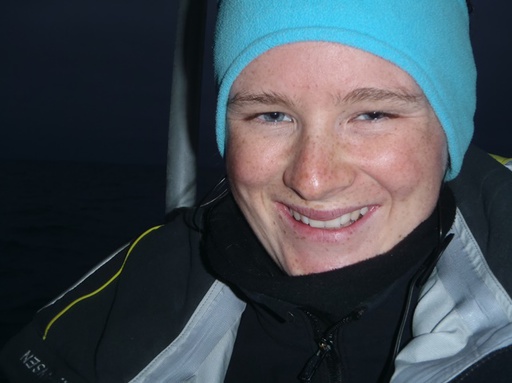 Nicole was responsible for the water samples to study the radioactivity in the North Pacific from the nuclear disaster and to watch for debris in the ocean. Our water sample installation needs some modification for well working.
The end of our passage we are occupied with the preparation for the arrive in Alaska. The wind was tricky and so too the decision where to reach the land. Finally we decided to do some detour for Dutch Harbor where Nic can go off from Pachamama and fly back to Australia.
Thanks to Jill Fredston (from SY Companiera) we are already able to plan the cycling to Denali. 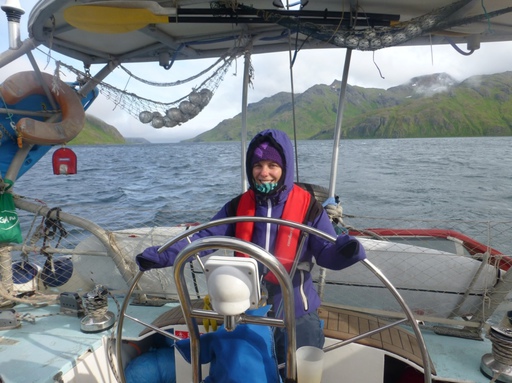 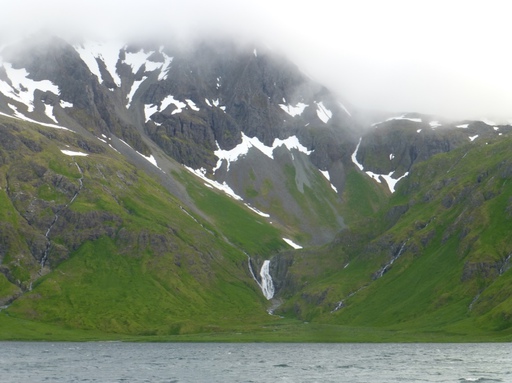 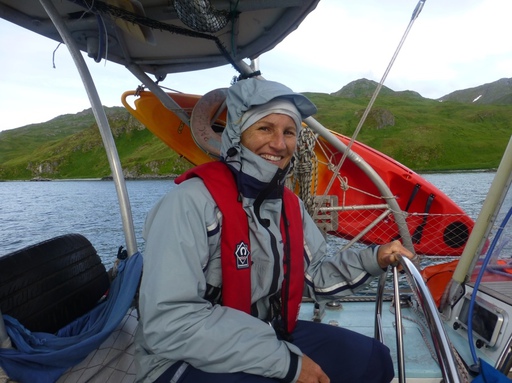 The green island with the fjords and snow is very impressive after the last days dominated by the blue color.
After a short morning sail through a small passage with a lot of current, we are now in Dutch Harbor, back in the civilization. Everybody is happy to be in Alaska! 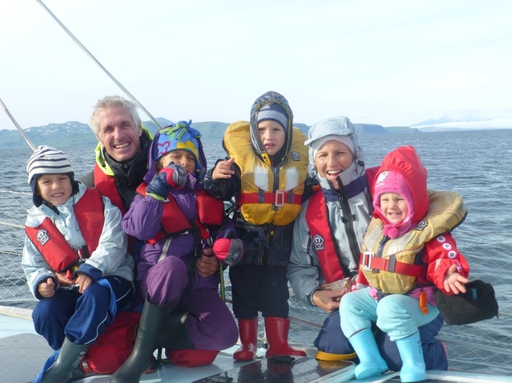