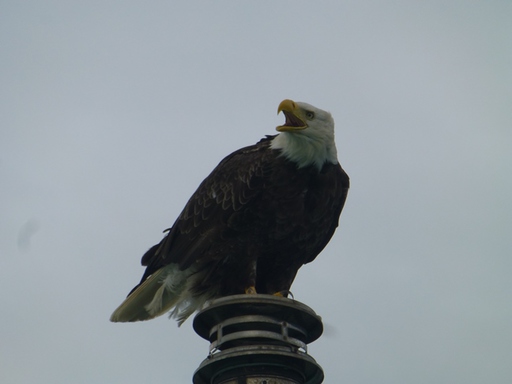 After the arrival, the first thing we were looking for was a hot shower. The first one after 2,5 weeks on sea. What a pleasure! Now we feel clean and flowered again. 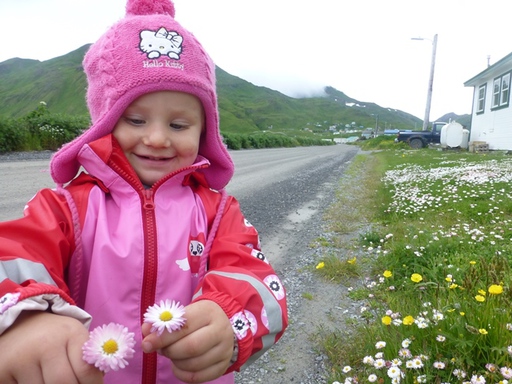 We found our place in the bobby’s storrs international small boat harbor. But there are 3 harbors more for the big containerships from Asia and the mainland. It’s an important harbor because it’s located at the confluence of the Pacific Ocean and the Bering Sea, one of the world’s richest fisheries and it’s the only natural deep water port in the Aleutians.
The seafood industry of the Bering Sea is the economic engine for the community of Unalaska.
In 2007, Dutch Harbor shot into the limelight when “The deadliest catch” emerged as a popular reality show on TV.
Because its light till 12 o clock at night, Salina, Andri, Christina and myself we did a night walk to see the fabrication of the fresh fish around our harbor. The work is hard in the fish industry-12h shifts in a cold, windy and wet climate. The storms can get very strong. The record was 270 km/h and the big harbor crane was blown over. For this reason, the most of houses are only one or two floors high and there are no trees on the island.
We were curious why it is so popular to come here for work if the climate conditions were so hard. The answer was every time the same, for money. From all over the world, fishermen are coming to Dutch Harbor to earn a lot of money and send it home to their families. So here aren’t a lot of women. We could see it in the cloths stores, where only men cloths are sold. 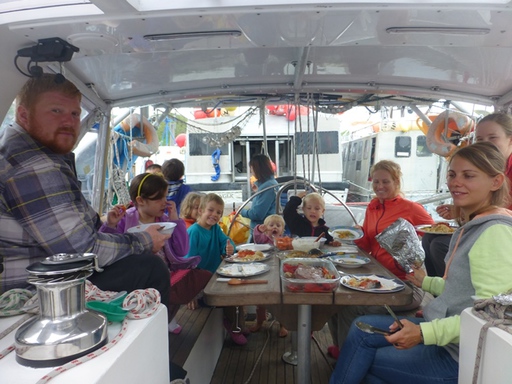 We got spoiled with good food from the two harbormasters, Cooper and Corey and their wives Marion and Anna. For the last two days, it seems to me that we were eating all the time good fish and meals, Thank you very much!
Dario and Sabine met per chance some old Swiss friends from Fiji: Kasper on Cat Celuan. It was nice to see them again. 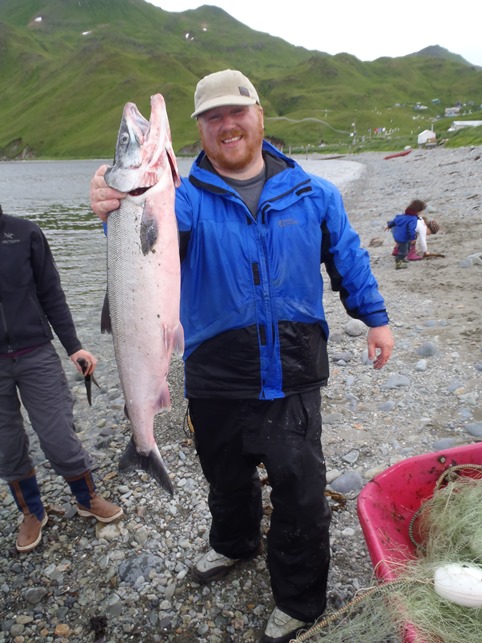 king salmon
Cooper toke us yesterday for fishing. He attached a net between the beach and a boje. It was just high tide, which is perfect for fishing because the salmons swim into the bay. 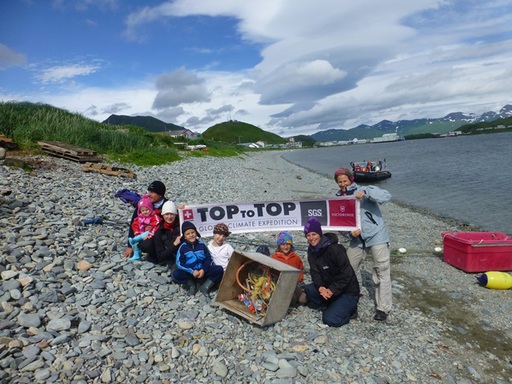 While we were waiting that the fishes swim in the net, we did a clean-up on the beach . After 2,5h we caught 19 salmons – 4 red, 14 pink and one king salmon! To catch a king salmon is quite difficult. For Cooper it was the second one in this season. You could sell them in a store for 2500 dollars! But the license permit only to catch for the own use. So we will have a lot of smoked salmon for the sail to Kodiak.
Dario had to repair the heating which is still not working. 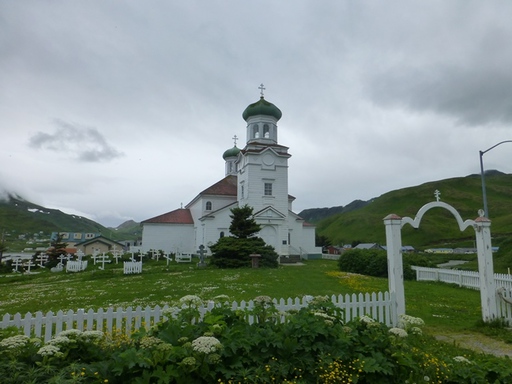 In Unalaska – 3580 peoples but the most of them weren’t living the hole year here- with a great view over the Iliuliuk bay, is placed the oldest Russian orthodox church in Alaska. It was built in 1825 during the Unangan occupation. Today, the church gives the opportunity to document their own history and so the church contains almost 700 pieces of art. 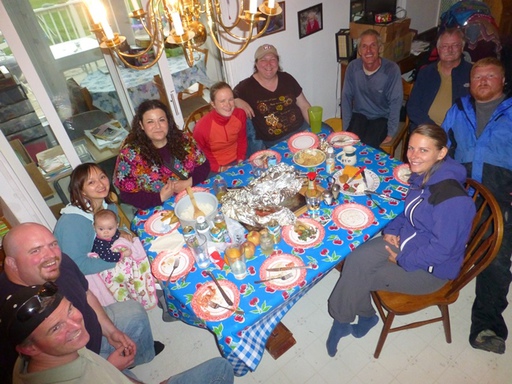 In the evening we had a presentation in the Unalaska public Library which was a success. A thanks goes to Robi, how gave us the opportunity to give the presentation in the library. After the event, Cooper proposed to cook some Salmon by Chris Ann. The highlight was the fresh caviar from Cooper. Thanks for that nice evening. It was great!
Note: Cory donated us some equipment so that we can dive in the cold water in case our anchor get stuck once.
Today, we prepare the boat for leaving which will be probably this afternoon. 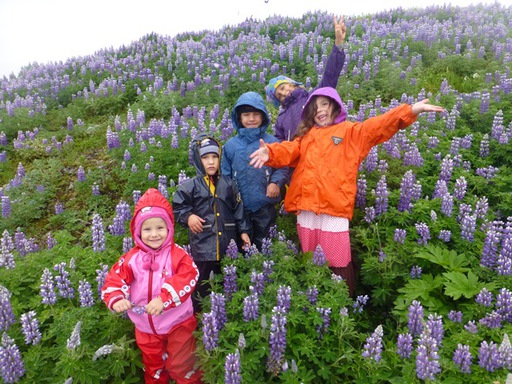