Skiing to base camp of Denali 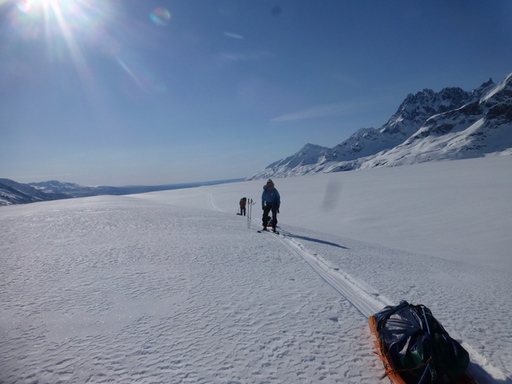 The longest glacier in Alaska 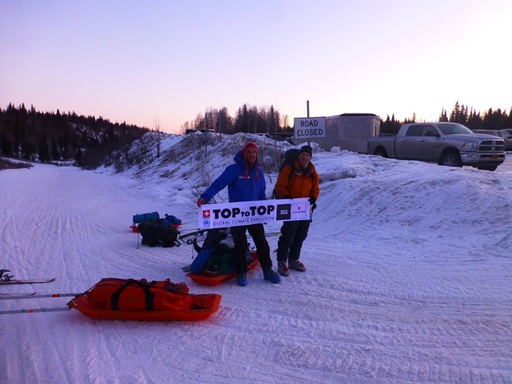 Dana joined Dario and I in Petersville for the base camp approach. At the same place we stopped cycling. The three of us would be travelling together for the remainder of the climb. We each were outfitted with a sled in order to distribute the food and fuel necessary for the expedition. Skiing with a sled can be difficult at times, but it is a small price to pay compared to hauling all the gear in a pack. Our sleds attached nicely to the packs that Arc’teryx supplied for us and off we went. As is usually the case we felt powerful and set a hard pace that first day. We followed a snowmachine trail for twenty miles or so through terrain that varied from boreal forest to muskeg to bare tundra. 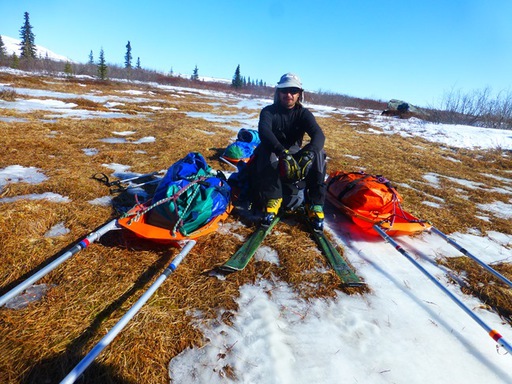 Some local snowmachiners gave us a route finding tip which led us directly to the Kahiltna River, which flows from the Kahiltna glacier. We had wonderful views of Denali and the rest of the central Alaska Range the entire time we were skiing. After twenty miles of hauling sleds along bumpy terrain we were ready for a hot mail and some rest. 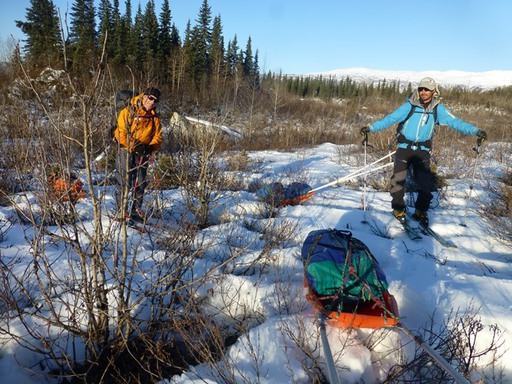 The next morning we realized that there was a price to pay for our quick progress and had to spend some time fixing our feet. Dana’s were raw to the flesh from his touring boots and I had a blood blister or two. No matter, we bandaged ourselves up and began the long ski up the Kahiltna River to the glacier. We were now no longer on snowmachine tracks and were probably the first people to be on the river this season. As we approached the glacier the terminal moraine seemed to grow to the size of small mountains. We quickly realized that finding a way through the moraines onto the glacier would be quite the ordeal. That evening Dario and I bushwhacked for a couple of hours trying to find a way through. With sleds it would have been difficult so we decided to head east in the morning and hope for better access.
Early on the morning of the third day I found a small creek that led through the terminal moraine onto a small lake, and from there onto the glacier. From the beginning of the glacier we could see at least twenty miles down the river the way we had come, and another twenty up the glacier in the direction we were headed. It was an awesome sight, and a little bit intimidating because of the distances involved. 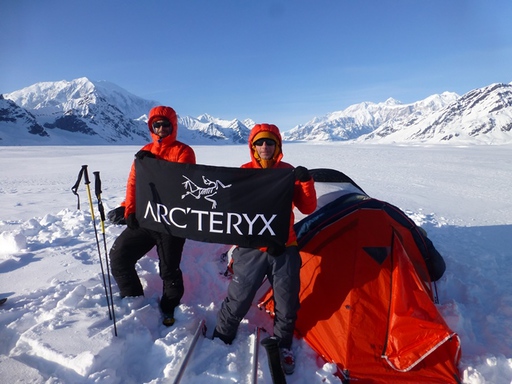 We were truly in remote country now. The rest of our trip would be spent roped up as the Kahiltna glacier leads all the way to Denali base camp. The Kahiltna is the longest glacier in the Alaska Range and we would be skiing 32 miles of its 44 mile length. Our life became routine from this point on. Start as early as possible and ski until late afternoon so that we had time to set up camp before the sun left us. Dario was an excellent route finder, and despite the massive crevasses we managed to travel without incident, though the two ice falls did present some interesting route finding opportunities. 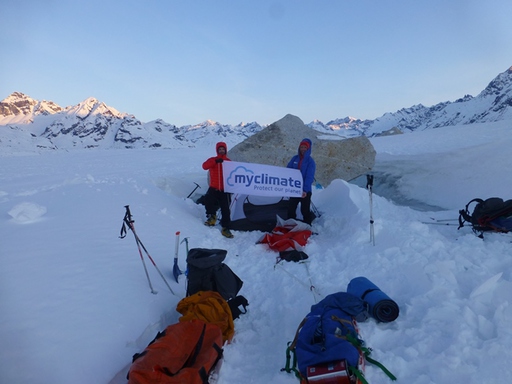 We passed unnamed peaks on all sides and soon saw Mt. Hunter up close. This was a welcome sight because base camp is directly beneath the ‘Moonflower Buttress’ of Mt. Hunter. By the evening of day five we had reached the Southwest Fork of the Kahiltna glacier, otherwise known as base camp. During the climbing season base camp is a bustling town full of tents and climbers, but as we approached we saw only snow and a single pole marking the cash of a Japanese climber attempting Denali. We had traveled 68 miles so far and were happy to have a day of rest here in the heart of the Alaska Range. 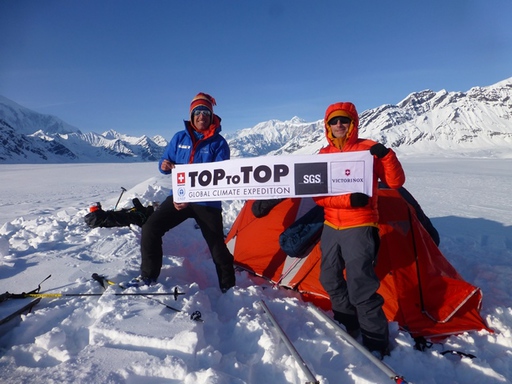 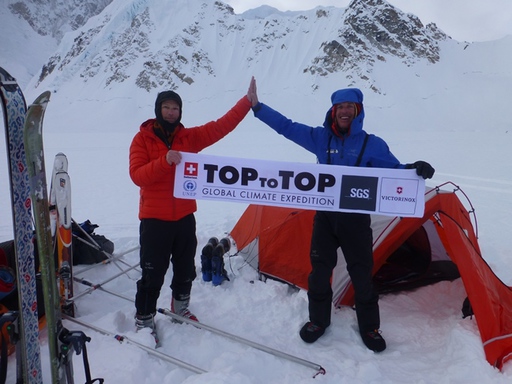