LEAVING SAN FRANCISCO AND SETTING OUT ON CYCLE TO DEATH VALLEY 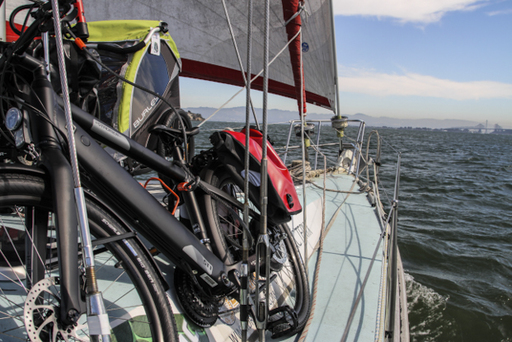 While in San Francisco, we were busy trying to organise a marina to leave the boat during our bicycle trip, as well as trying to find bicycles for the the kids. Tim and Megan give us a lot of advice and helped us a lot, as well as very kindly lending us their VW camper van to act as a support vehicle for the cycling trip. Elsbeth and Karl Heinz helped us so much and gave us a bike for Andri. Thank you so much for everything and giving us a home! Lots of thanks also to Ushi and her family also, our kids enjoyed very much the company of Andreas and Patrick. 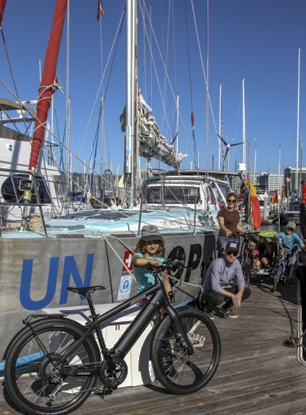 Barbara was helping us so much to find a marina, until finally, we found a place for Pachamama on Pier 39, were we received a warm welcome of the harbourmaster Shirley, Marta and Charlotte. 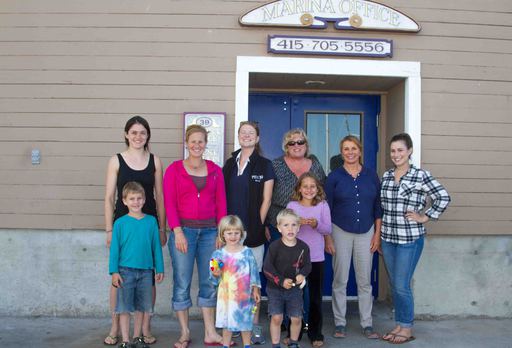 In San Francisco we were also joined by Jenny, a film producer and maker from the UK who joins us to document our journey and Anina who will teach our children for the next 3 months.
We organised the boat ….and off we cycled on our new Stromer e-bikes with our friends Anne and Kara over the Golden Gate Bridge. Thank you to all helping us getting ready! 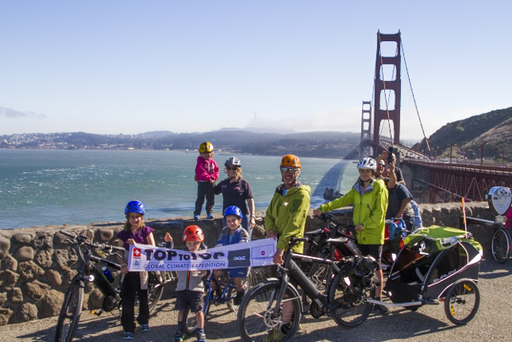 The cycle will see us go from the highest coldest point on the american continent, Mount Denali, to the lowest hottest point, Death valley.
After cycling through the streets of the Oakland region of San Francisco we then faced the climb up to the Anthony Chabot regional park where we wanted to camp for the night. Unfortunately through the streets of Oakland we had lost Jenny in the van, and we were loosing light as well as heat and battery for the bikes very quickly! We were then met a very kind man named Rodrigo who helped us find Jenny, and then showed us a much shorter cycle route to a place we could camp. It was very dark and cold by this point and were were so very thankful for the help, and were reminded again at how generous people can be with their time. We had covered 30km in the first day and were starting to hit suburban San Francisco and make our way out into the country.
After a much needed sleep we set off on the bikes, carrying on through the Anthony Chabot regional park and down through the Chabot Valley… it was a nice smooth downhill stretch to start the day! We stopped just outside Pleasantown for lunch and then it was a fairly flat 30km through Pleasantown and Livermore to the base of the Del Valle regional park. After a sharp climb and then another decent, we arrived just as the sun was setting, set up camp, had some delicious spaghetti and steak – the best meat Salina had had this year apparently (!) and got an early night after a tough 2nd day cycling covering around 65km.
After a good mornings rest we set off in the afternoon to camp for the night at a dirt bike camp site around 30km down the road.
Sunday morning we arose early and set off east towards Yosemite. The roads were flat and thankfully it was quite cool in the morning sun. We ate up the miles on the roads and after 35km stopped for a quick rest outside a shut up farm shop. A few moments passed and the owners of the shop pulled up to check everything was ok, as they were passing on their way home from Church. We spoke with them and explained what we were doing and we were presented with some frozen peaches and and almonds from their garden! What a lovely treat – it was like ice cream!! Thank you Gary and Debbie – they were delicious and kept us going!
A further 25km down the road, it was starting to get very hot, we were tired and desperately hoping for a campsite to appear. We then spotted a swiss flag flying on a flagpole alongside the customary US flag at a house in the distance! We pulled up in the hope they may be able to offer us some shade under the trees in their garden, so that we could continue in the cooler afternoon. We got talking and it turned out that the father of the family, Norbert, was from the same town as Dario, and they offered us to stay with them for the night… and best of all they had a pool we could swim and cool down in. It really was like all our christmasses had come at once! Thank you so much to Norbert, Mary and their daughters Jessica and Lilly for being so welcoming and opening up your lovely home to us for the night.
We are now sitting down to a lovely Swiss meal cooked for us all by Sabine. 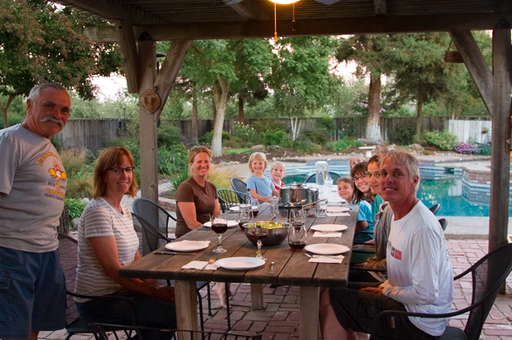 We will try and keep the blog a bit more regularly updated during our cycle, and we have also set up a new facebook page, which is where we hope to post a daily update and photo! Please visit https://www.facebook.com/TOPtoTOPGlobalClimateExpedition and like our page.
We will also be posting more photos from the last few weeks onto dropbox in the coming days.