We leave Yosemite for Death Valley

We arrived in the Yosemite National Park on the 15th October and have been lucky enough to stay here for over a week and a half – celebrating both Dario and Andri’s birthdays here! 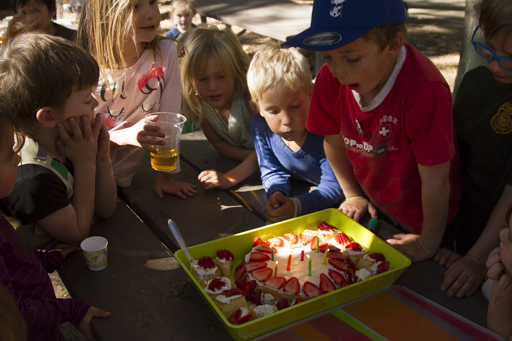 Thank you so much to Hillary, Brian, Carson, Amelia and Bump Burt for welcoming us into your home. You have been so kind to us, and we have enjoyed staying so much, thank you for everything. Thank you also to Ralph and Cheryl for having us for dinner several times and being such good friends to us whilst we have been here. Peg, Scotty, Ryder, the Stansberry family and everyone else we have met whilst in Yosemite, thank you so much for your friendship, kindness, help and advice. You have all made our time here very special. 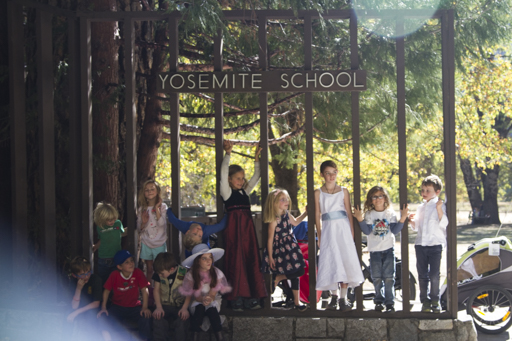 Whilst here and planning the next leg of the cycle to death valley, we have visited the school to do talks and presentations twice, as well as performing a clean-up, hiking, climbing and bouldering and enjoying the beauty of the national park. 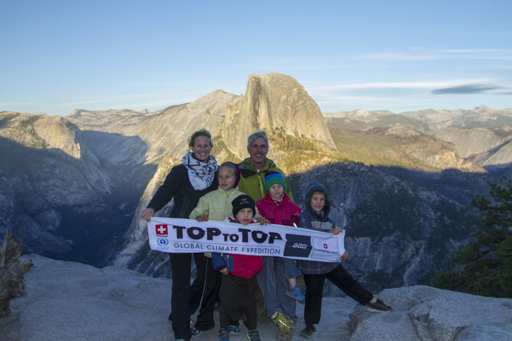 Yosemite is a US National Park and was designated a World Heritage site in 1984. The park covers over 3,000 sq.km, attracting over 3.7 million visitors each year.Yosemite is famous for it’s granite cliffs, waterfalls and Giant Sequoia tress. The granite cliffs and Yosemite valley were shaped by glaciers around 1 million years ago during the early glacial episode – it is believed that the ice thickness reached around 4,000 ft in thickness at times!!!
Whilst we were in the park the National Park Service Climate change response released a blog on the Lyell Glacier surveys which have been carried out over the years. Photos taken reveal the drastic reduction in size of Yosemite’s remaining glacier. Below are images of the glacier taken from the blog. Note the newly exposed bedrock on the east (left) side; it’s estimated the glacier may now be only 15-20 feet thick. Currently the glacier is losing on average about three feet of thickness each year – a very real and visual effect of climate change in the Yosemite National Park. 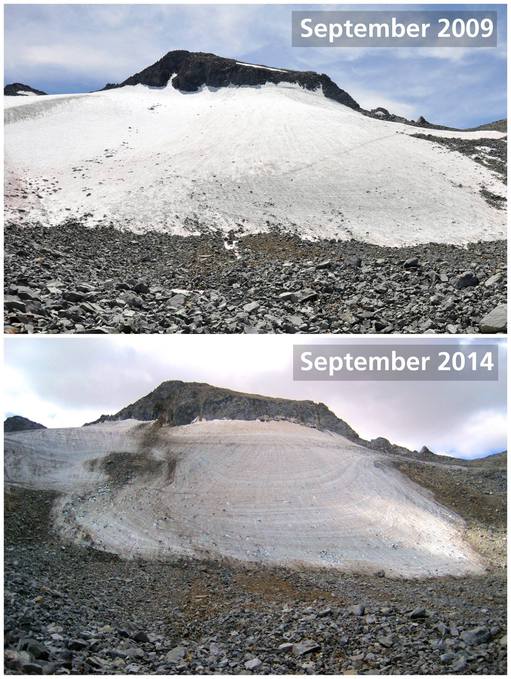 See more photos and learn more about the Lyell Glacier surveys on the Yosemite Ranger Notes blog:http://www.nps.gov/yose/blogs/Lyell-Glacier.htm.
As mentioned in a previous blog, California is currently experiencing a drought, and as such most of the waterfalls you would expect to see here, had sadly dried up and were not here to see. The impact of the drought was seen whilst on hikes too – with patches of the vista a charred and bare landscape; the aftermath of the summers forest fires
Yosemite has very much been the halfway marker on our cycle to death valley. The next couple of weeks will see us cycle over the Tioga Pass heading east out of Yosemite. 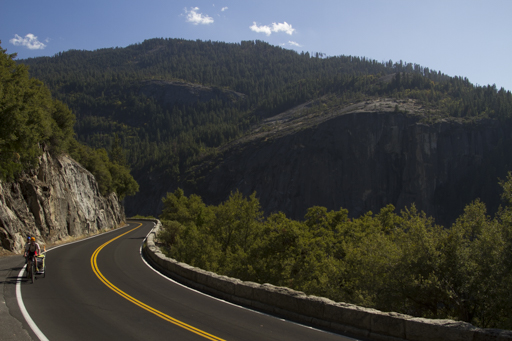 We started making some headway today and were given a very kind and warm send-off by some of the park rangers here. 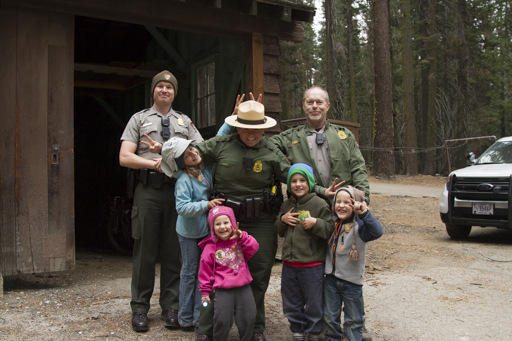 The Tioga Pass has an elevation of around 10,000ft so it is a race against the snow to make it over before it get’s too cold. We will then head south, through Bishop and along the western edge of the Death Valley National Park before heading in and on to Badwater Basin – the lowest point on the american continent. With many schools along our route, we are hoping to stop is as many as possible to give talks and presentations to school children.