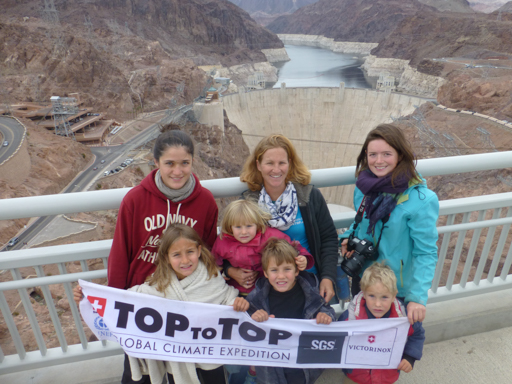 Just outside of Las Vegas is the world famous Hoover Dam. On our way out of the city we were able to visit the dam and learn a little more about the renewable energy plant. The dam runs along the border between Arizona and Nevada. Built between 1931 and 1936 the Hoover Dam impounds Lake Mead, the largest reservoir in the United States by volume, with a volume of 2,480,000 m3. 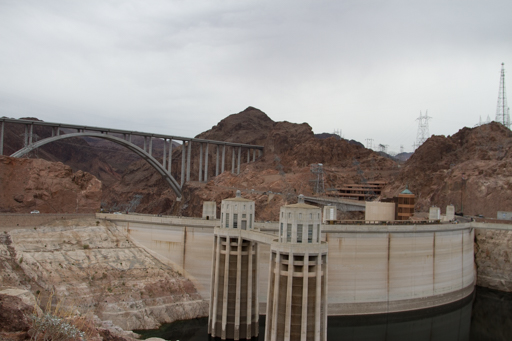 The dam’s generators provide power for public and private utilities in Nevada, Arizona, and California, generating an amazing 4.2billion kWh per year! The water intakes provide a maximum water pressure of 590 ft with the water reaching a speed of about 85 mph. The entire flow of the Colorado River passes through the turbines.
Water released from the Hoover Dam eventually reaches the All-American Canal for the irrigation of over 1,000,000 acres (400,000 ha) of land. Water from the lake also serves 8 million people in Arizona, Nevada and California! 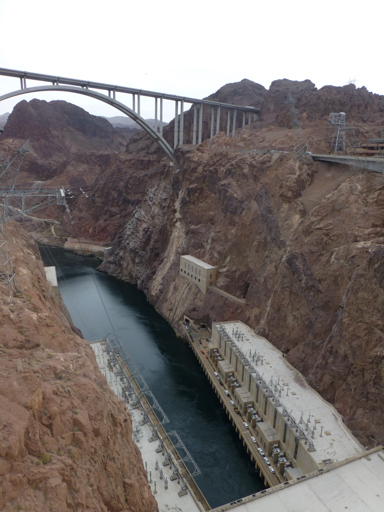 It was great to visit the dam, both to enjoy the engineering feat but also to see such a huge renewable energy resource in motion. The dam attracts over a million visitors each year, which is also good to hear.
Heading further south down highway 95 we cycled past another great climate solution.

The copper mountain photovoltaic solar plant sits just outside boulder city. It was It is one of the largest photovoltaic (PV) solar power plants in the U.S, cementing the area as a sustainable energy leader. Construction started in 2010 and when completed in the coming year will be the largest plant in the US, with an expected output of 100 GW·h/year.
The plant will have 3 sections, with 2 already completed. The stats for the power they produce are really amazing to see and breakdown as follows;
• Solar 1 is the original 58 MW plant, powering around 17,000 homes
• Solar 2 is the 150 MW plant. Powering around 45,000 homes
• Solar 3 is the under construction and will be a 220 MW phase 3
Having cycled 150km in one day we rested our weary heads and legs in a small old mining town called Searchlight. With poor weather predicted and a very tired bunch of cyclists we were so so grateful to Teresa at El Ray Motel for letting us stay in a couple of rooms free of charge – thank you so much for letting us stay and for the cookies, it really was a god send!! 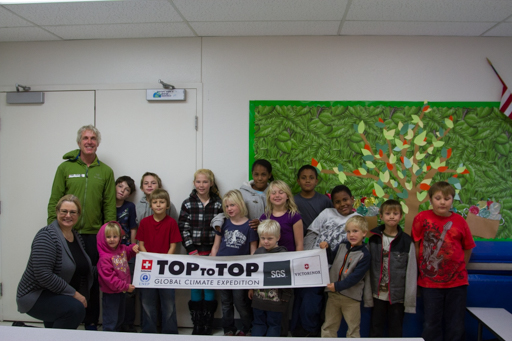 This morning we visited the school on searchlight, again a very small community school with just 15 pupils.
We discovered that grades 3-5 teacher Avis Johnson’s grandparents originally hailed from Ennenda, a town in Switzerland very close to where the climate award expedition was held earlier this year. She had brought with her letters and documents dating back to the late 1800’s which Dario was able to translate, it was a great experience to share with her. 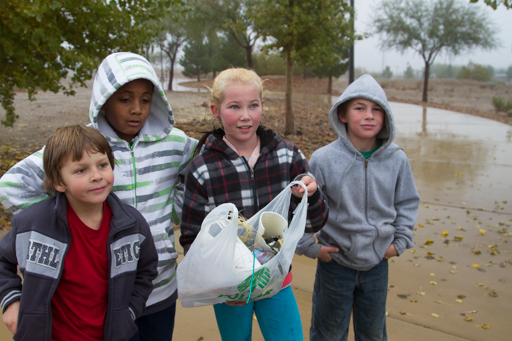 We then gave a talk to the school and performed a clean up in the school playground and community park near by, the children were able to collect 70 pieces of plastic which was fantastic. The kids were so inspired they are now to work a clean-up into their weekly routine. Thank you so much for having us, it was super to meet you all. 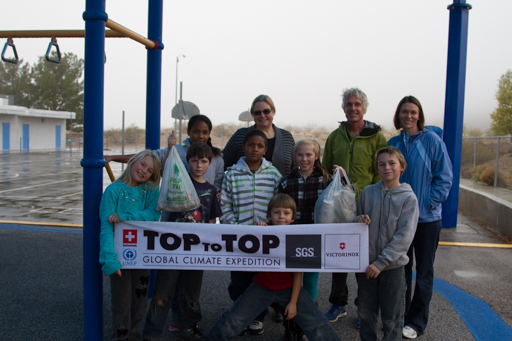