Arrived in Bar Harbor @ the Collage of the Atlantic 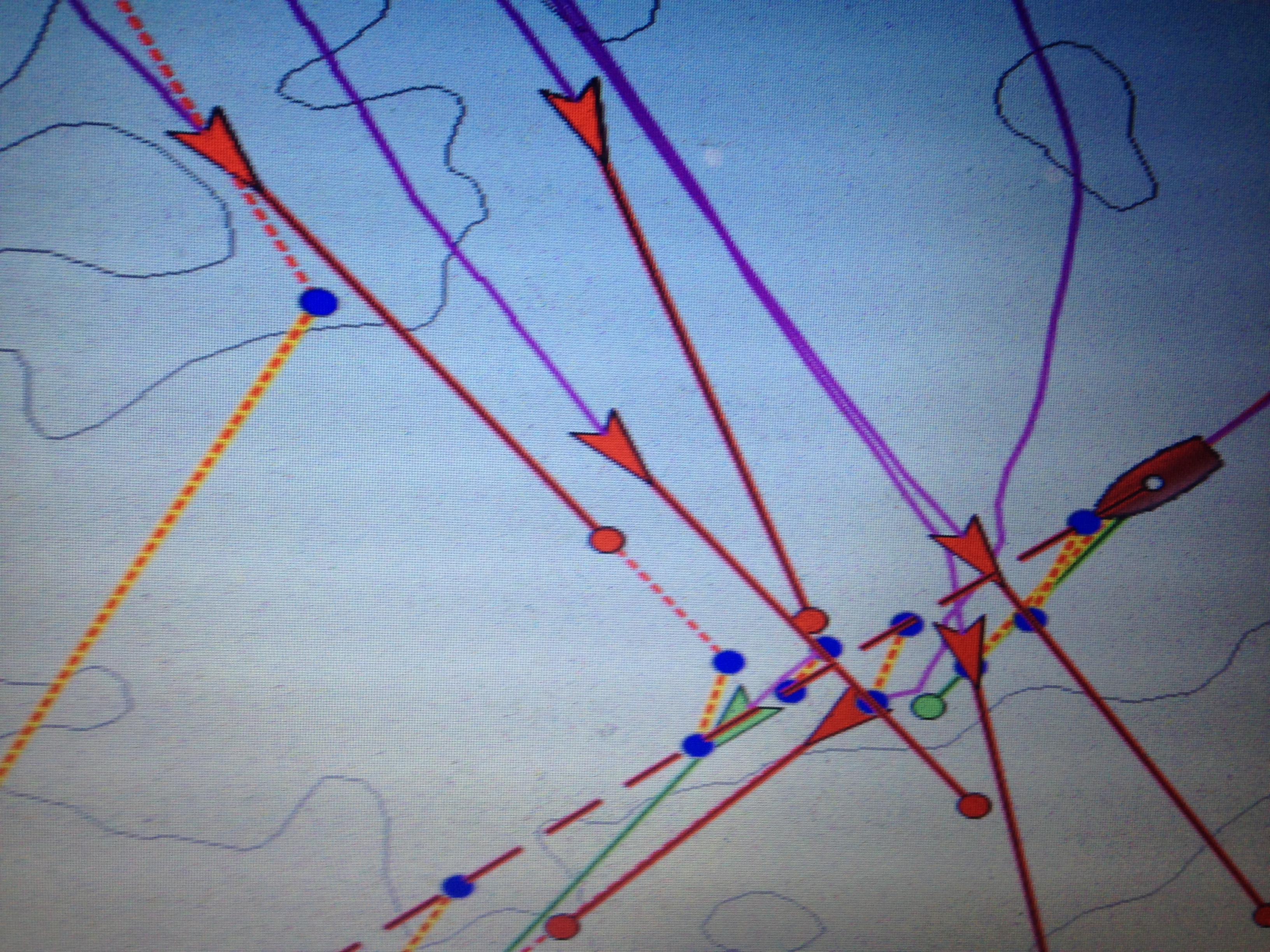 Report from the 19th to the 23rd of October:

We left Liverpool Wednesday afternoon and sailed along the coast of Nova Scotia. Salina and Noe were on watch. Suddenly towards midnight they call: “All hands on deck! We see about 35 boats chasing us and on collision course!”

I came up still half asleep. My first reaction was: “Pirates”! … but so many and in these waters. They came closer and closer. We saw them put their nets around us in the water. A fishing boat called us: “Hey, we nearly rammed you guys. You should put a light!” I told him: “We have one on the mast!” – “I can only stars see, you should put on your cabin lights too, as close as everyone is to each other here, lights on the mast don’t work!”, he replied.

I asked him: “What’s going on here?” He told me: “You are sailing in 1000s of Dollars!” I did not understand what he meant and he explained: “You are in the middle of a huge school of herring!”

It was amazing to see humans in action where you can make a fortune in some minutes! There a no rules, it’s war! For us it was kind of ironic to overcome all the icebergs in the Northwest Passage and now trying to avoid collisions with the fishing vessels all around us.

Since Liverpool we had been on the same tack and the wind was shifting towards east, when we came in US waters in the Bay of Fundy. We contacted customs and immigration to pass all boat and passport details on to them with the request to clear us in, 1st thing in the morning. A weather front started approaching us just as we saw land again. Just after sunset we encountered the first lobster trap buoys and soon after we were in a forest of them. It was pitch dark and with a flash light we tried to identify the traps. It was similar to the pack ice in Fury&Hecla Strait, just that we were sailing with lobster traps and lines all over the place. The wind was picking up when we sailed in to the Bar Harbor’s harbor. There were many buoys and boats and an uncomfortable swell. We decided to leave the harbor and anchor behind Bar Island around midnight, where we had a good sleep.

In the morning we got up when two huge cruise ships which were looking for shelter from the strong SE-winds anchored close to us. Customs went to the cruise ships first, so we had to wait. Then they told us that they could not come out to our boat, so we would have to dock somewhere. This was quite a challenge for us in this strong wind. The harbor master recommended not to dock at the city dock. 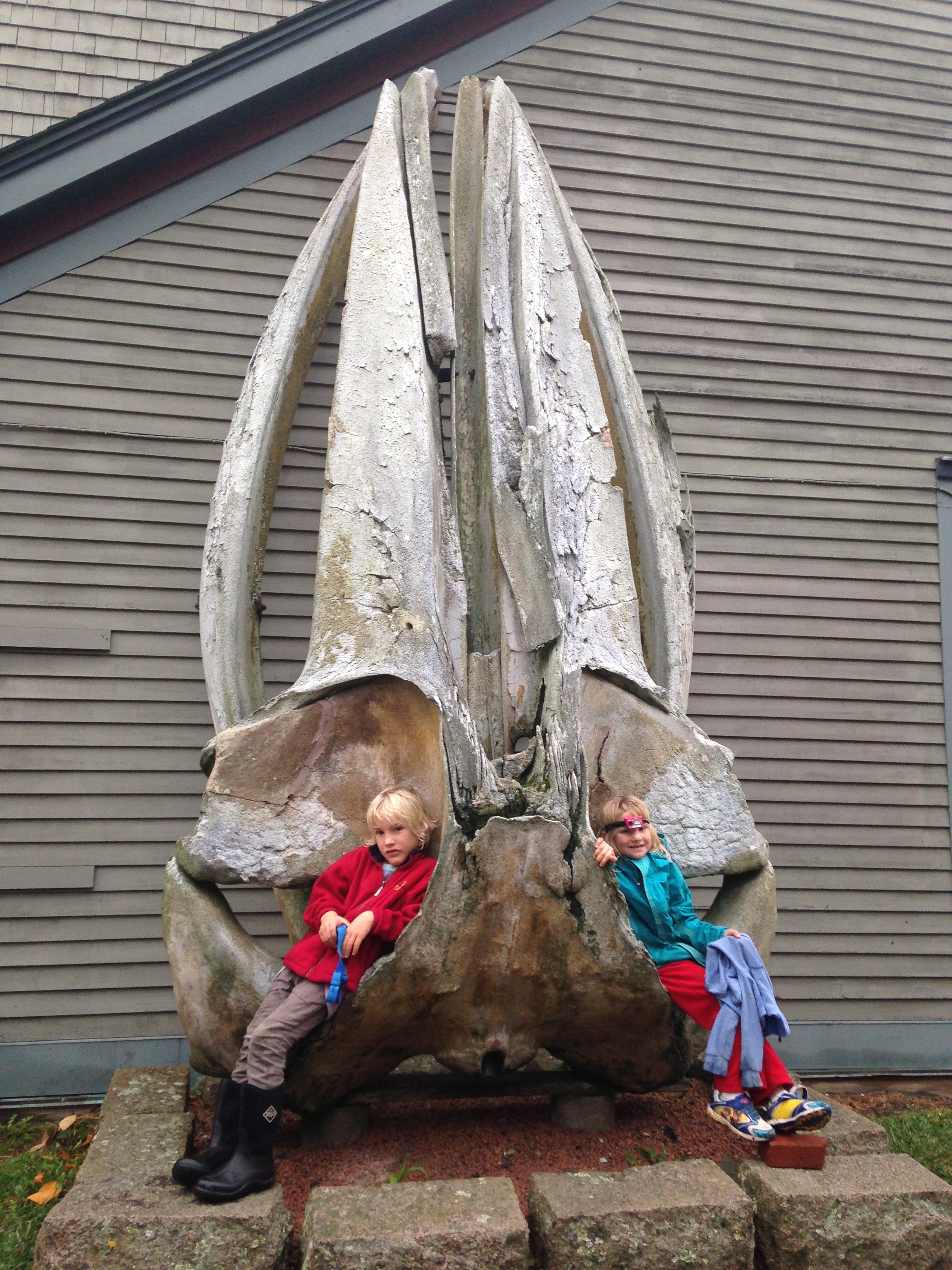 Luckily, whale researcher Sean Todd together with Toby Stephenson invited us to dock at the of the Collage of the Atlantic’s pier. Even though it was very shallow for our boat, it all worked out thanks to the high tides they have here. 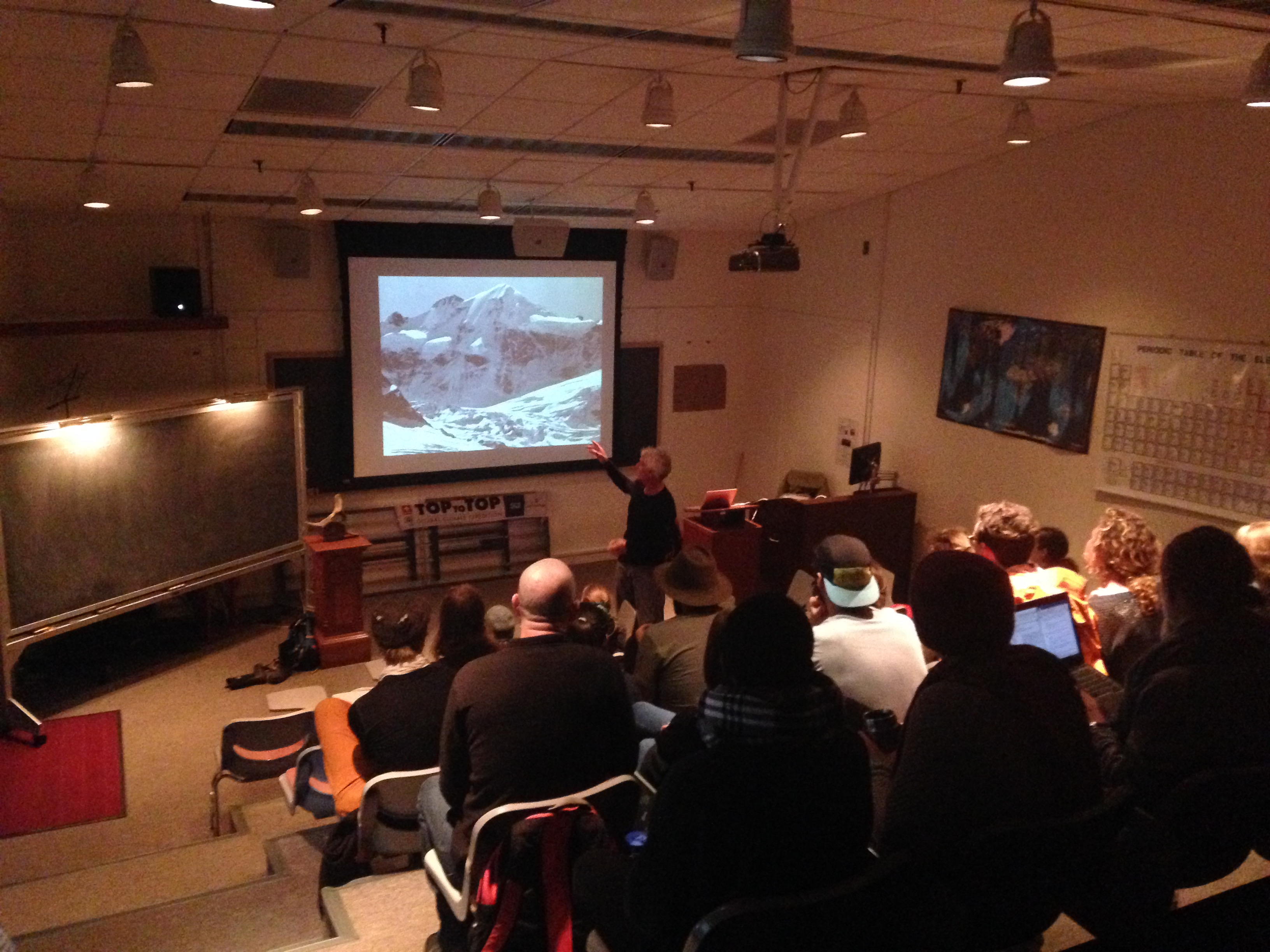 We got cleared by customs in time to do a TOPtoTOP presentation for the students of the Collage of the Atlantic, followed by a long discussion how we can partner in the future. There we got a surprise: We got a package with a InReach device from Garmin former DeLorme. Now you can track us where ever we go. 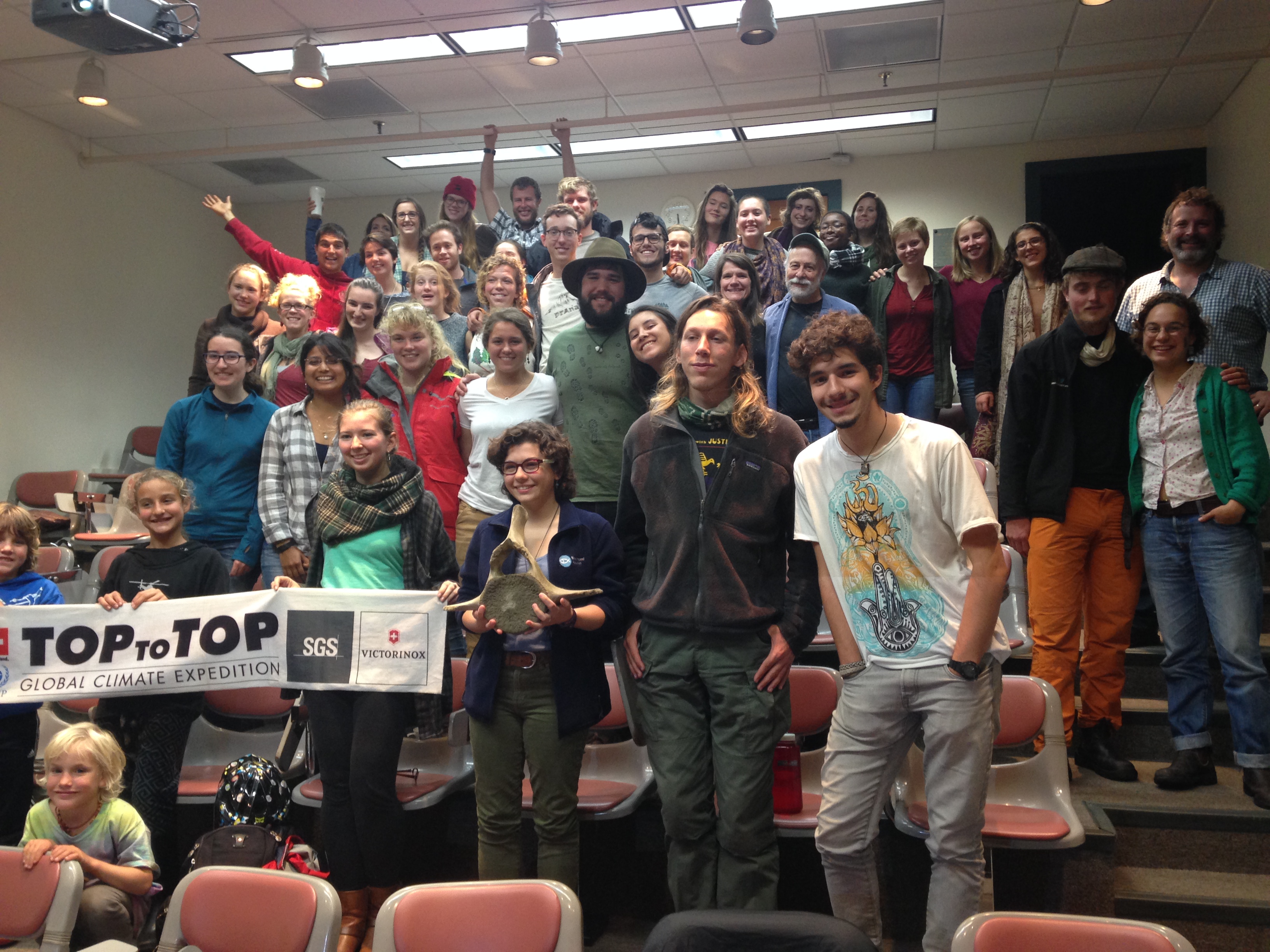 On Saturday, we had another great surprise! Meret told us to be on skype at 20:30h. We tried hard to contact her without any luck and the suddenly she just walked into the dining hall of COA. 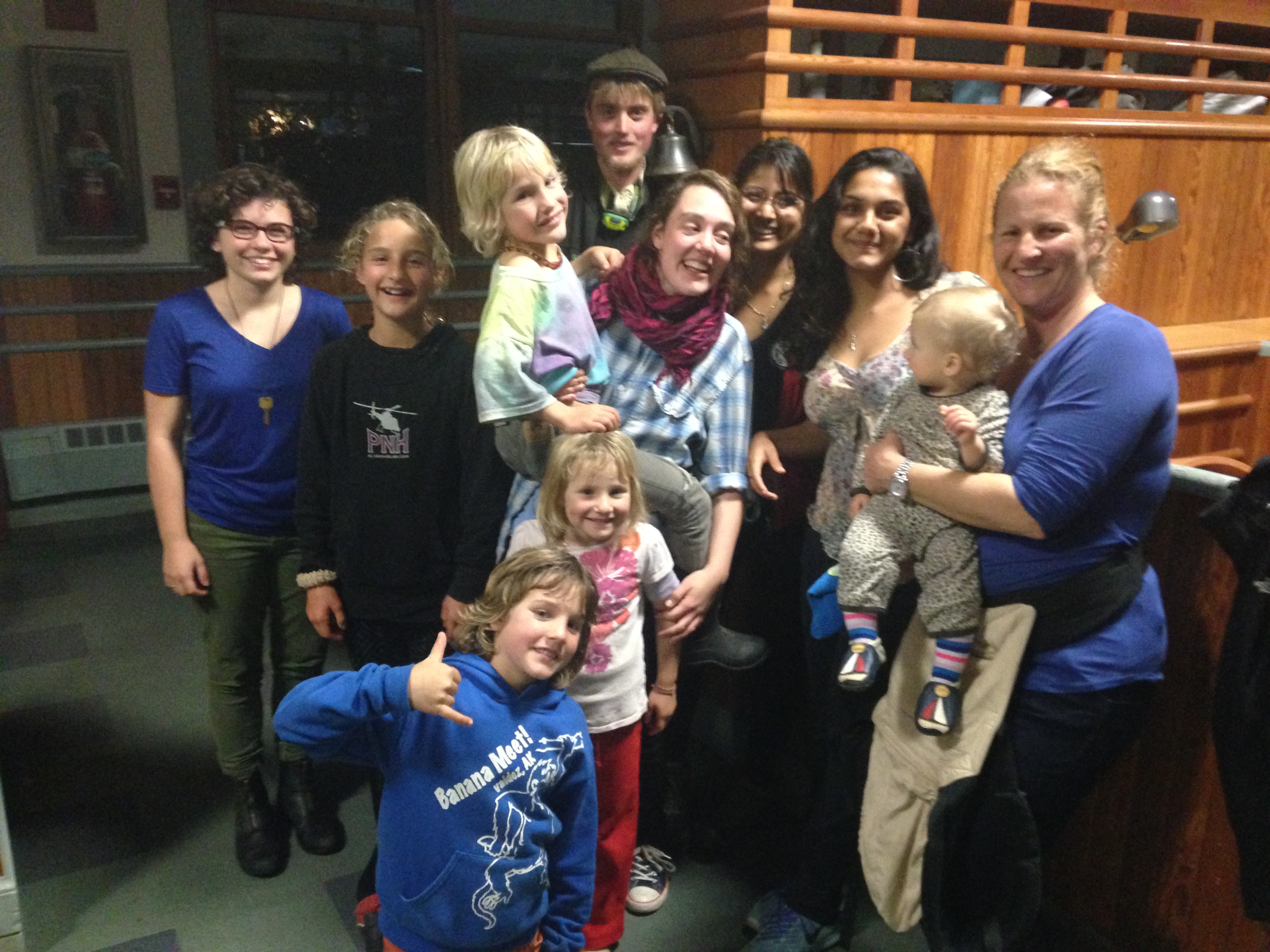 All of us were so exited to see her again! The College of the Atlantic is where she was studying last year, so she knows everyone here already. 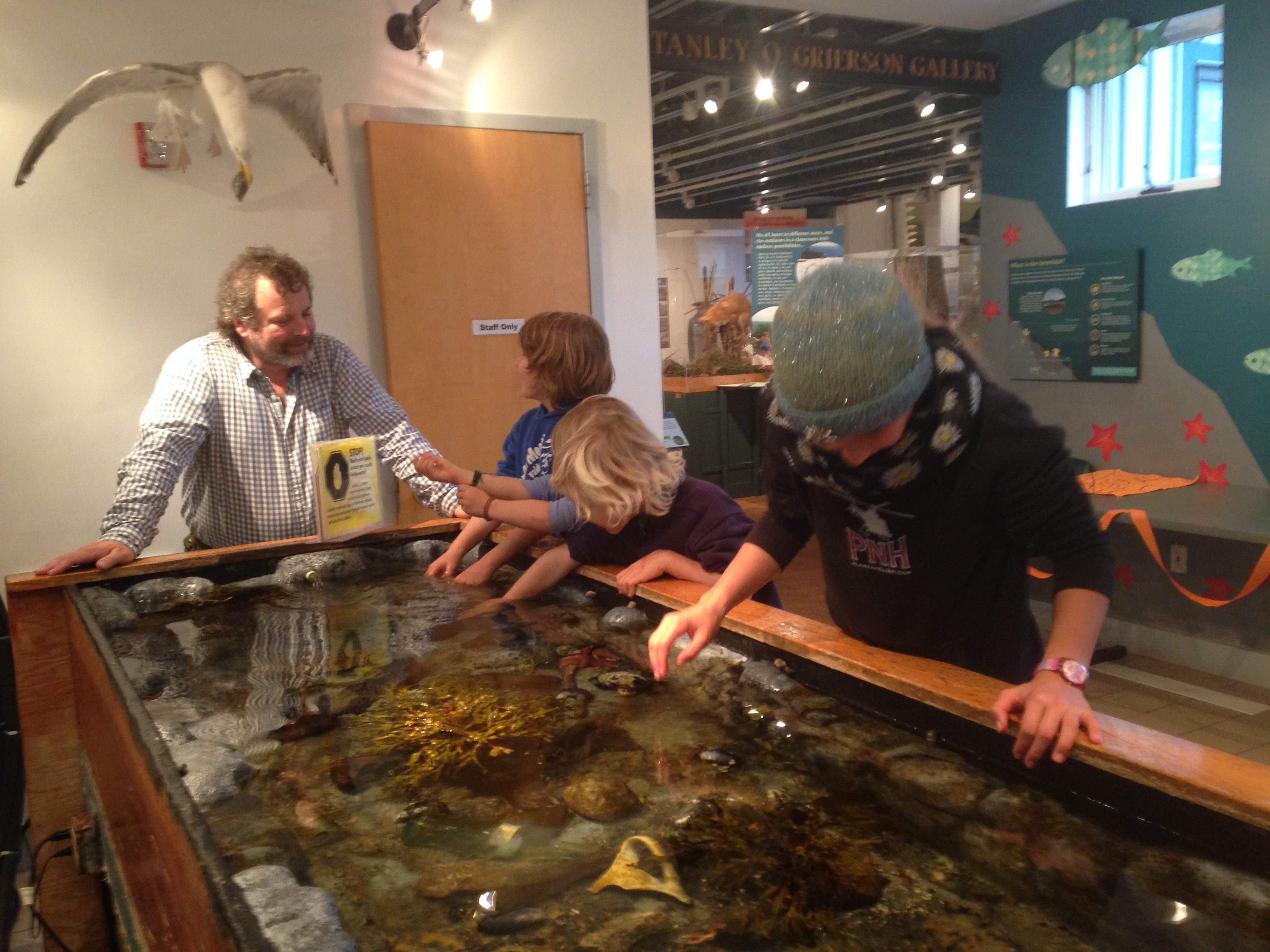 Being at COA was really inspiring. The school has so many good examples. In some of the student housing they only have compost toilets. A lot of the food served in the college dining hall ‘Take a break’, comes from two local farms. This means the food served matches the local seasonal produce. The waste system is also really well developed. A group of student’s job is to collect and correctly recycle the resources the schools discards of. They also aid and promote thoughtful consumption to reduce waste also in collaboration with the college zero waste club. They are just in the middle of doing a waste audit to quantify the amount of waste the campus produces and see how to improve the recycling on campus. They have been conducting audits almost every year now for the last 3 years, so comparing between the years is interesting.

At the presentation we planed our 1st common event: A clean-up today, Sunday morning. Afterwards we were invited to brunch with Darron Collin’s family at their home, before we go to climb the tallest mountain in the area, Cadillac Mountain together with mountain guide and friend Richard Parker.