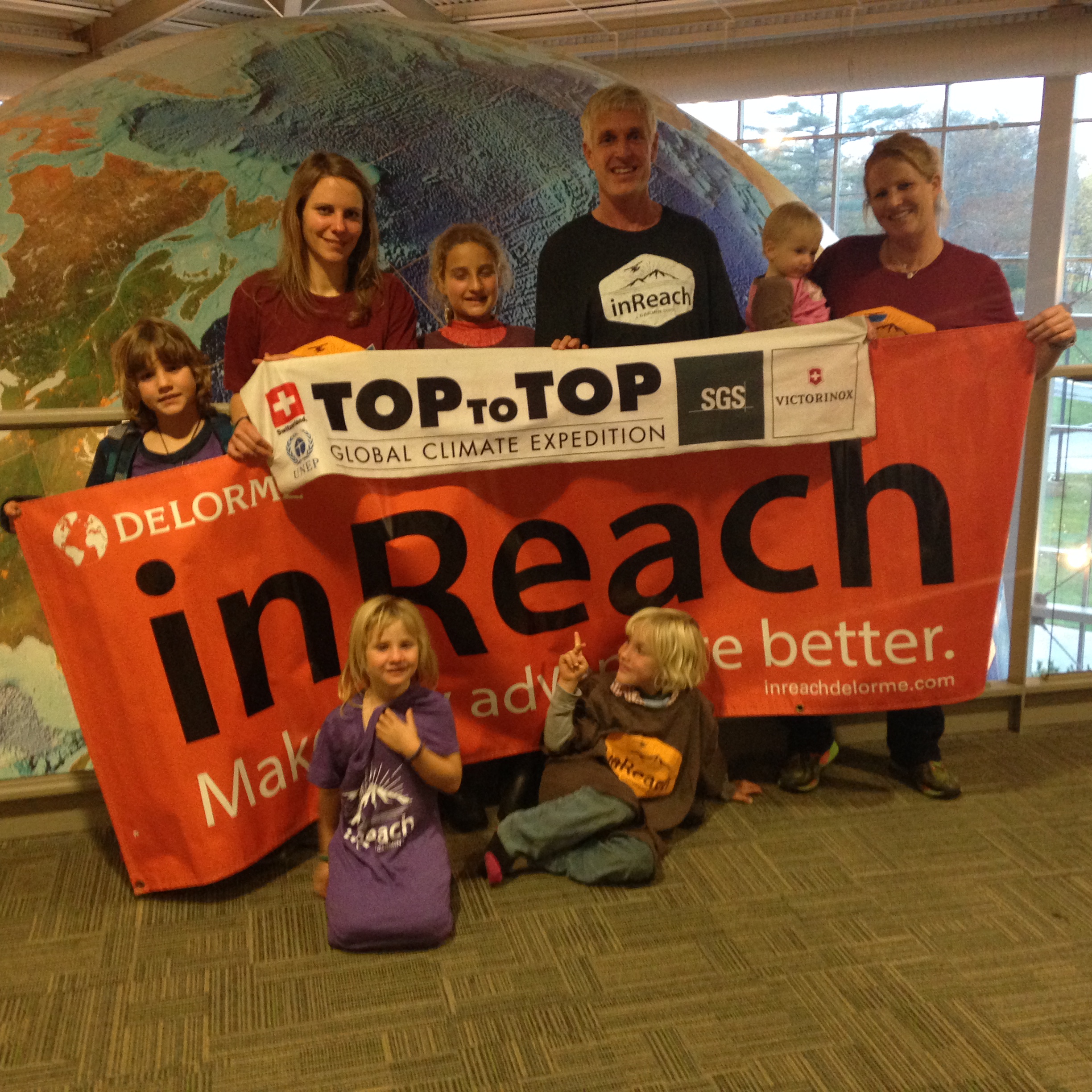 Wednesday morning we sailed out of Bar Harbor and said goodbye to Meret. Bill, a retired ferry captain and wooden boat builder joined us on the trip to Portland. The marine forecast was not accurate: we had an uncomfortable swell and 35 knots from the North. Our kids like these kind of conditions, they can do higher jumps inside the boat, when Pachamama rides over the waves like on a trampoline, explains Noe. On the other hand, Bill was seasick and we felt very sorry for him. 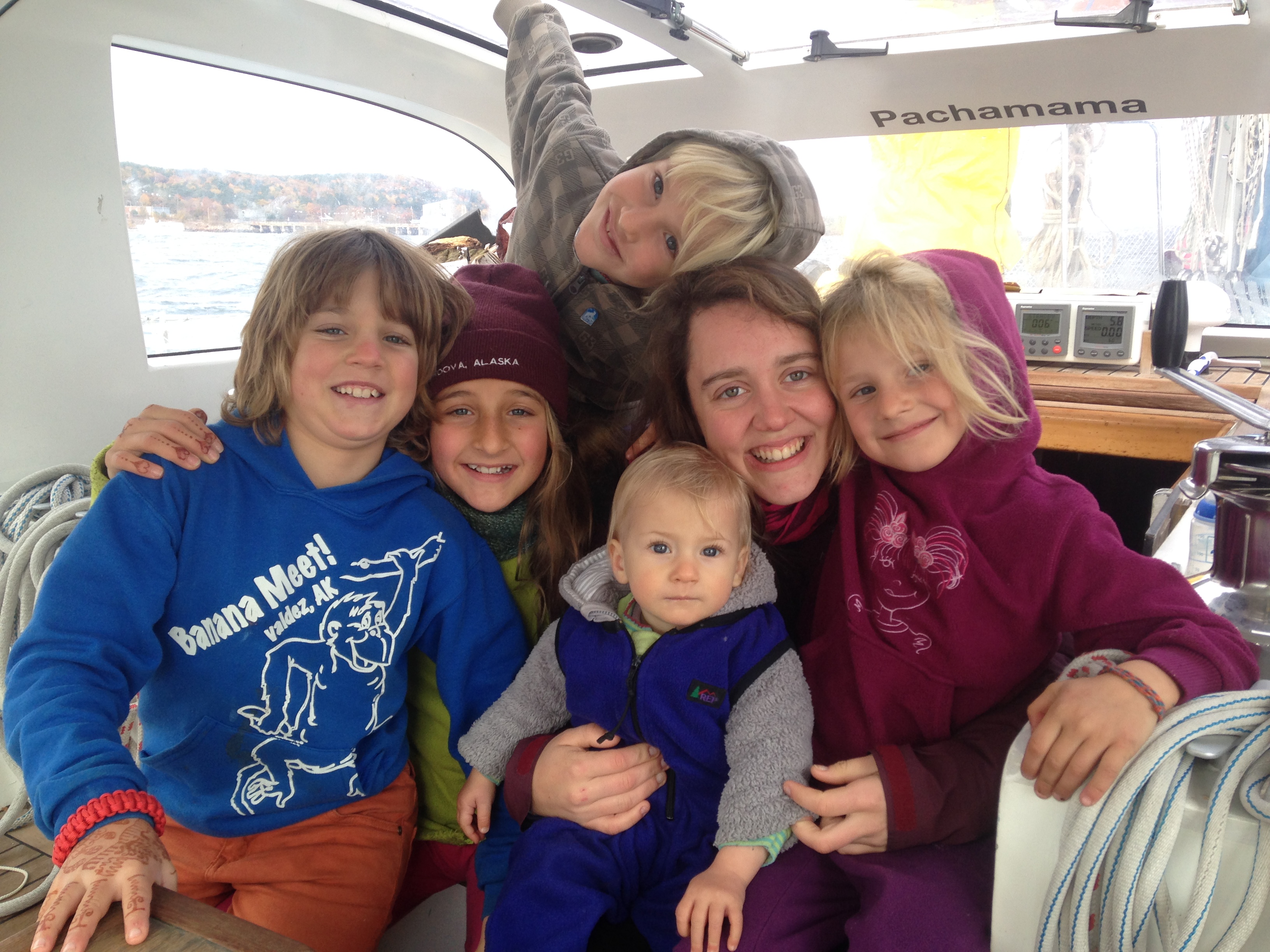 Thursday morning we docked at Handy Boat in Casco Bay near Portland and had a warm welcome by all the staff. Our kids had so much fun playing with hoses there and washing the Pachamama and cleaning the accumulated sea salt crusts off our home.   This was her 1st fresh-water-wash since San Diego, California, where we were in March. 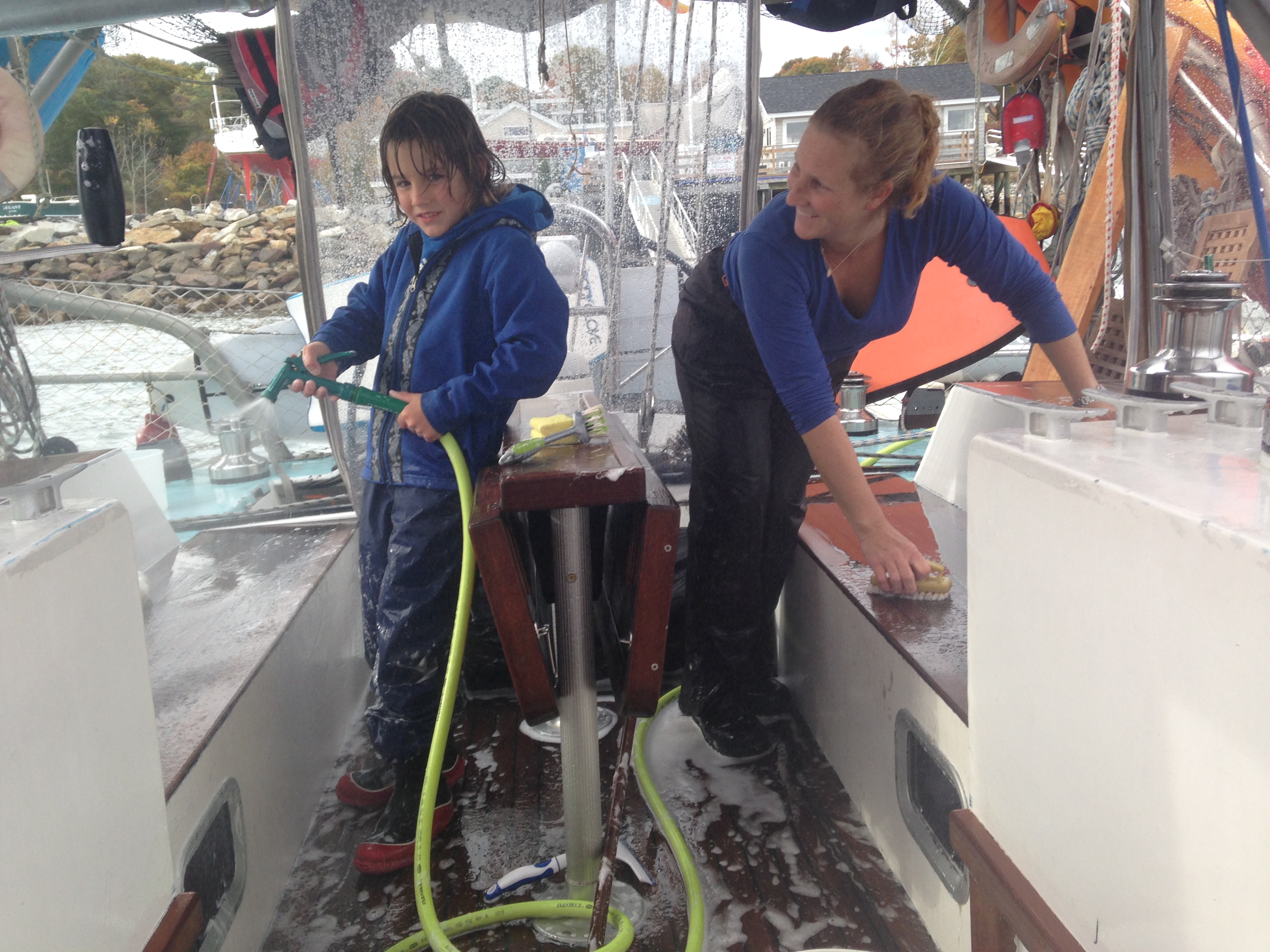 In the afternoon, clouds were announcing the next storm. Bill told us that in the past the storms were not so frequent and violent like today’s. This observation is something we made and heard from sailors and village elders globally.  A lobster fisherman told us that the Gulf of Maine seems to have a world record in warming. (Lobster is one of the principal industries in the State of Maine.)  The lobsterman was very concerned that the Lobster is moving North with the warming sea, as has already happened to their lobster areas further South. We remembered statements of fisherman in Nova Scotia and Newfoundland stating that Lobster catches are flourishing more and more.

Late afternoon, we were escorted by our friends Rob and Sonia, to the Natural Resources Council of Maine event at the Gulf of Maine Research Institute. It’s a great environmental research and education organization and Dario gave a presentation there. At the end we asked the people to brainstorm and make a note of what personal climate action they will commit to implement in their daily lives. Andri played the violin and Salina the cello. Then the kids got to handle the lobster in the touch tanks which was interesting for them.  Thanks to Handy Boat we could stay at a motel while the storm was under full power and we and no chance to row back to Pachamama which was safe on a mooring.

On Friday the Natural Resources Council of Maine organized a press conference at a restaurant on the Maine State Dock to which both press and radio reporters joined us. The Mayor of Portland, Ethan Strimling, welcomed us to the city.  He is a leader on clean energy and wants to do even more, powering the City Hall with renewable solar energy on a previously brown field.  We offered him a Victorinox knife in recognition of his commitment to implementing renewable clean energy solutions in Portland.

After our press conference, we traveled to the Garmin company to thank them for donating an InReach Tracker to our Expedition, allowing the public and our families to see where were are anywhere in the world.  It is an amazing device!  And, at their Maine headquarters where the InReach Tracker is manufactured, is the most beautiful and the world’s largest globe, a 3-dimensional scale model of the earth with mountains and landforms in full 3D, that rotates and revolves, simulating the earth’s real movements. For us, who have traveled this globe so well, we were enthralled with seeing all of the places we have been and in noticing the distances and the relationships between the places we love.

Here the first media coverage, we had in Portland:

Today, we have more TV stations coming on board today Saturday, before we set sail tonight and hope to reach Gloucester Sunday evening for the next events and activities. Please join us on 1st November at Gloucester Public Library. We will be doing a presentation including the Pachamama kids orchestra performing at 7pm.