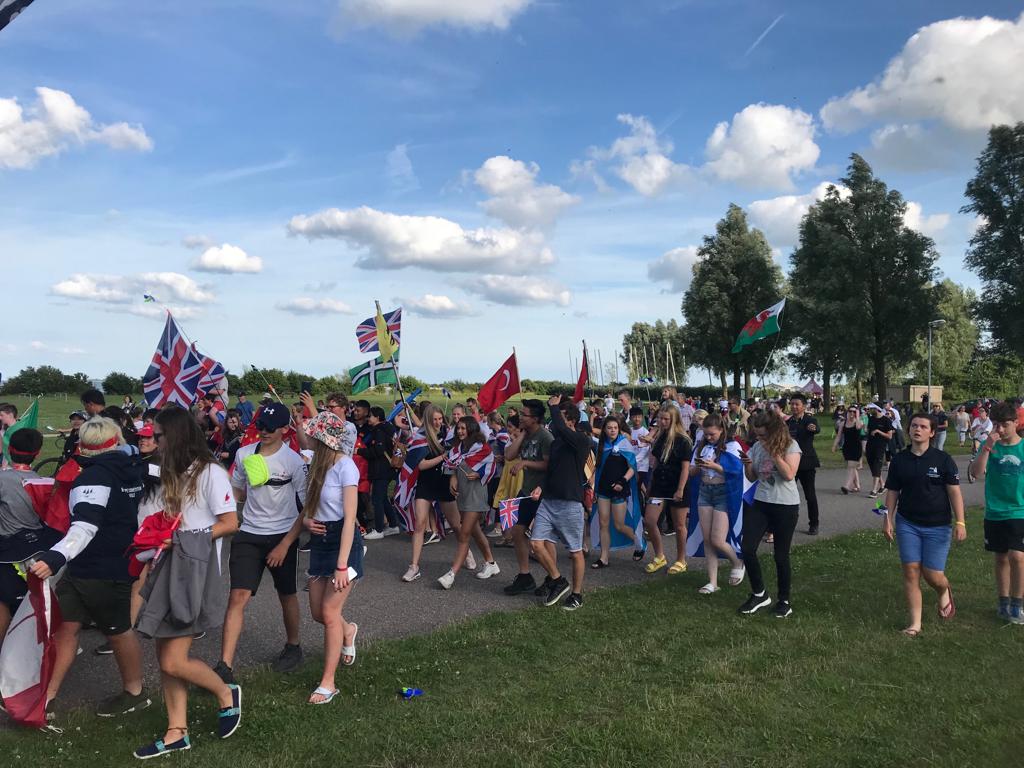 Just as we were getting Pachamama ready to sail off to Norway, we got to know about the Topper World Championships which are taking place in Medemblik at the moment. Although the kids had last sailed in Iceland on Optimists, and on top of that they had never sailed a Topper before, they were incredibly motivated to compete to as well as and learn from some of the best sailors in the world. So Noé, Andri and Salina promptly signed up for the championships. Turns out there are pretty interesting events going on here!

On the first night, all 209 participants as well as their families and friends participated in the Opening Ceremony, parading and waving their nation’s flag. 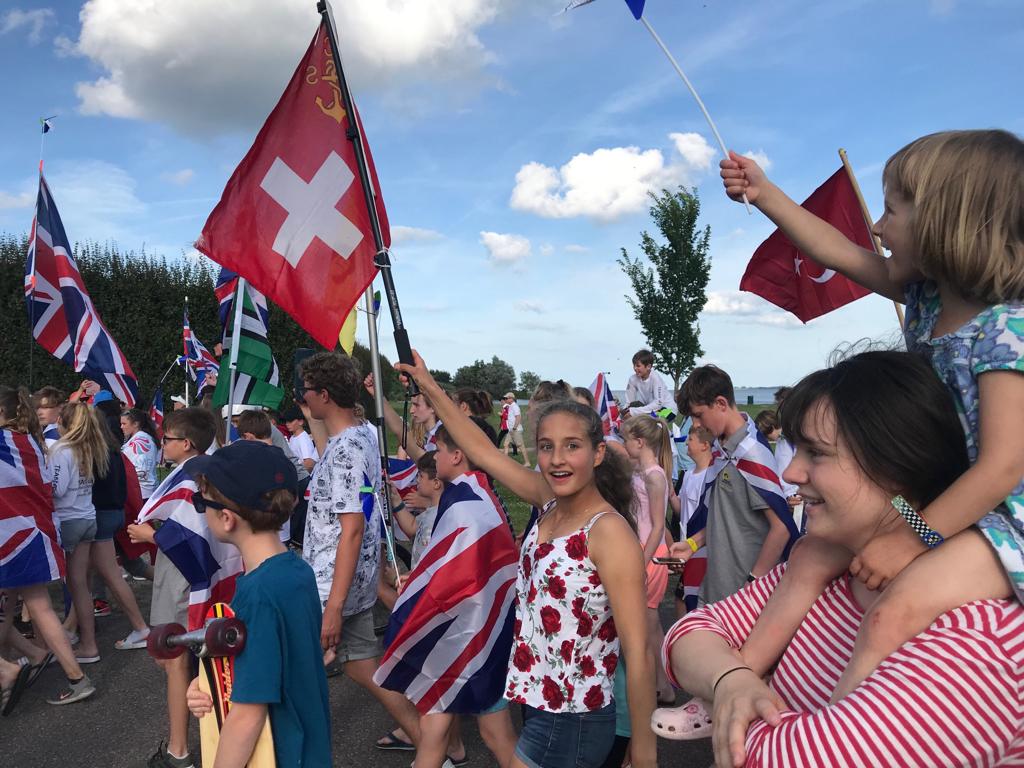 The next morning, Salina, Andri and Noé were getting their Toppers ready, going through the rules again and putting on lots of sun screen before the race started. 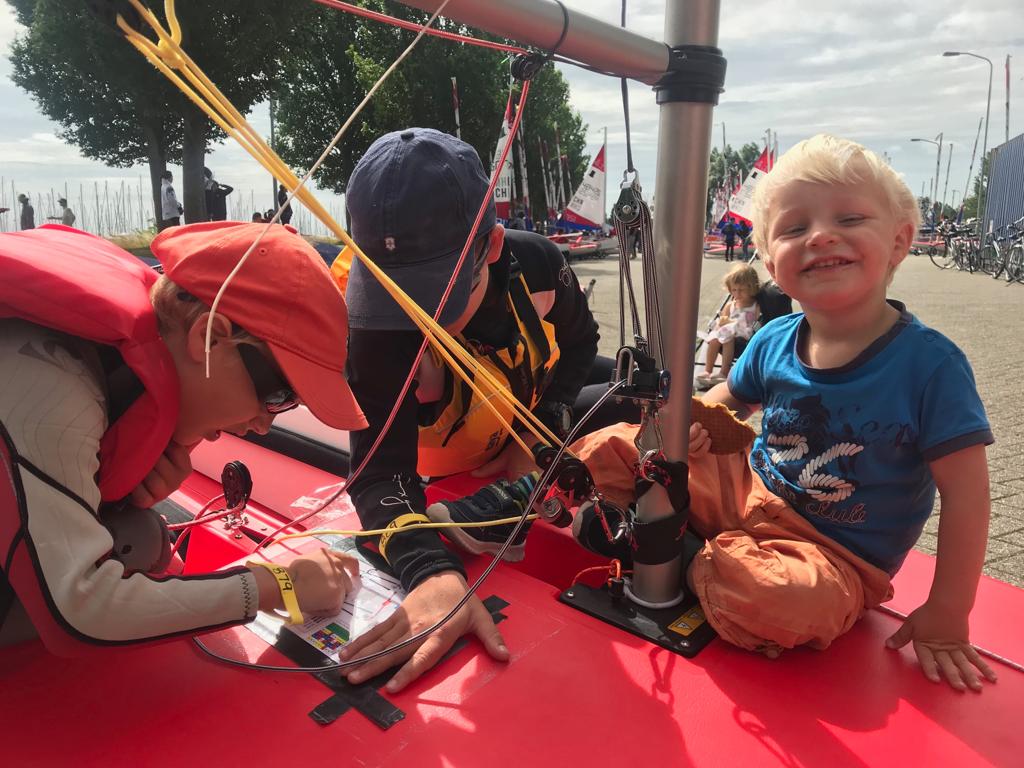 Even the youngest family member, Vital, checked if all the ropes were set up correctly.

After the races, Annie Lush, a professional sailor and former Topper racer, shared her experiences around the world under extreme conditions during the two Volvo Ocean Races she has contested. She also emphasized the enormous amount of plastic in the oceans she and her team have encountered along the way.

Also Leesa Carter-Jones, representative of the Captain Planet Foundation, informed about the precarious state our seas are. Especially one phrase stuck in my mind: If we continue like this, by 2025 there will be more plastic in the ocean than fish.

Leesa called the present young sailors to induce change in the usage of single-use plastics in their communities. As the stories she shared showed, especially young people have a great influence in making change. Since the seas are home to all sailors, it’s a personal matter for everybody attending the Topper World Championships. This is why Topper Class is contributing to the World Sailing Ocean Heroes programme, a programme aiming to make sailing clubs and events single-use plastic free. TOPtoTOP and World Sailing Ocean Heros will partner in the future. 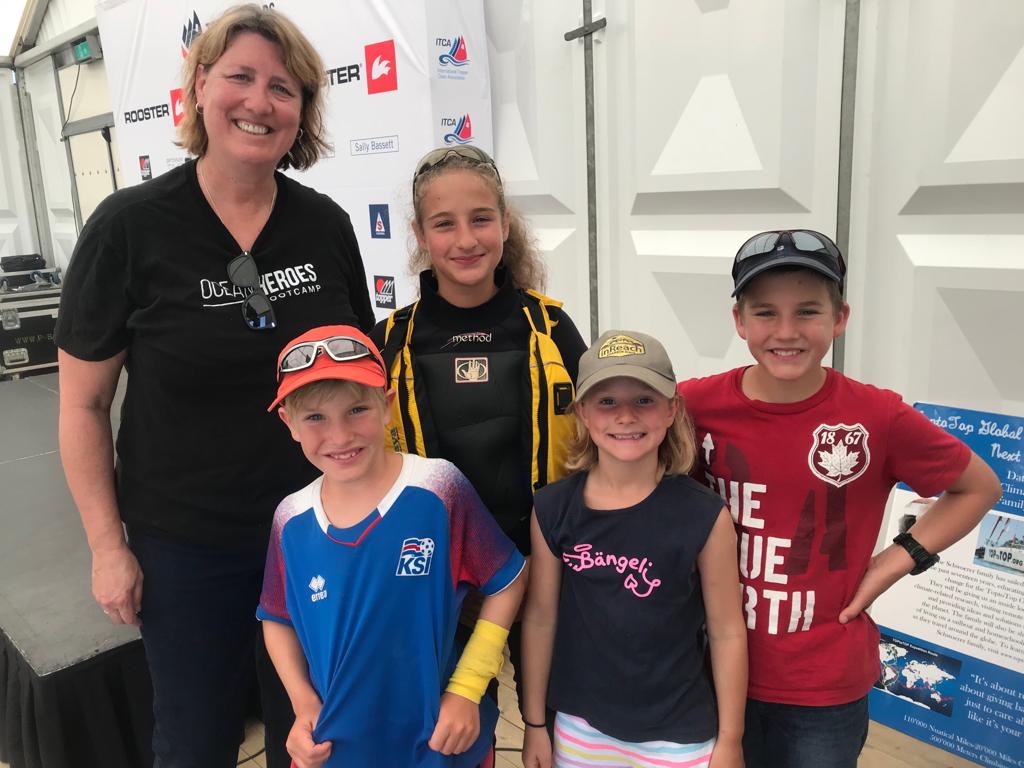 Leesa and the Kids

As a top example, Toppers are made of reusable plastic. They consist of polypropylene using a manufacturing process called injection moulding. Due to that, the Toppers can be ground up and recycled up to eight times!

I’m happy and feel very inspired to get insight into an international event like this, where young, passionate and nature-loving people get together to start making change. Innovative ideas and strong spirits like the above give hope that in the future, the fish in the ocean can swim alongside other fish instead of plastic cups.

By Laura Moser, the new crew member 🙂 More about me in another blogpost.