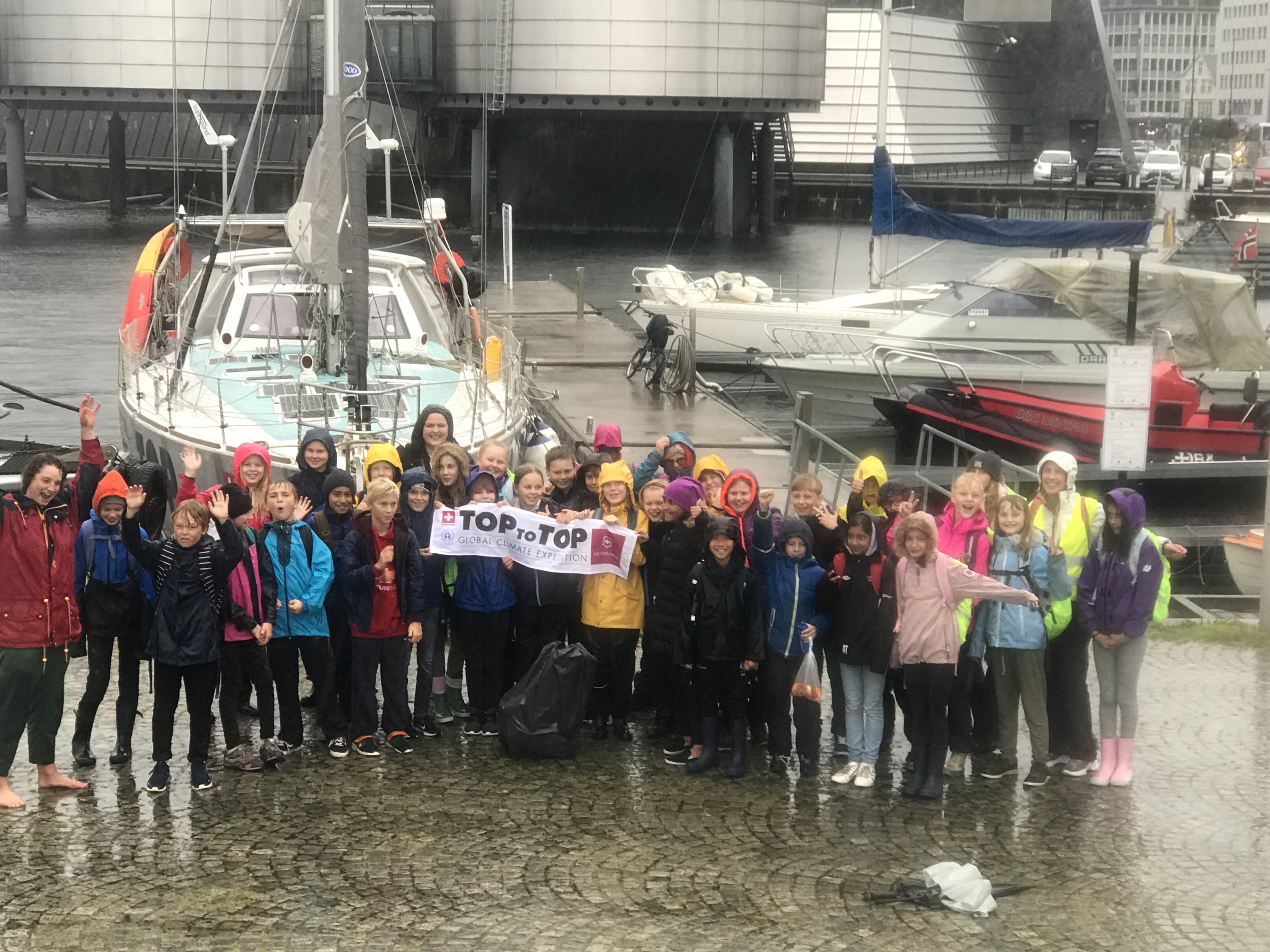 Stavanger is the oil capital in Norway. Our timing was just right to be in Stavanger; there were important elections. The main topic of the people is Climate Change and how to make the transformation to a more sustainable future with the fact that their nation’s wealth is based on the oil industry. There was even a Climate Exhibition in the petroleum museum.

by Andri, supported by Lea:

It was getting dark when we sailed off from Farsund. As the waves rocked our boat, Dario navigated me out of the fjord. The waves were much bigger outside of the fjord and Laura and Lea got seasick. Close by Stavanger in the morning my dad woke me up – we were in a storm. He yelled that I have to go steering. Waves came over the deck and it was raining hard. It was difficult to take down the genoa because there was so much wind. But in the end, we managed it and soon we sailed in the bay near Stavanger where the weather was calmer.

After 20 hours of sailing, we docked in Stavanger beside the oil museum. A few days later, we went there and learned much about petroleum. The energy was our actual subject in school. My first impression was, that it was a huge building which looked like an oilrig itself. They explained well how the petroleum was produced and how they can get it out of the ground. It was really interesting to see how they worked on an oilrig, it looked very dangerous. It was really shocking for me to see how bad the petroleum is for the environment. I liked the games in the museum and it had many things to try out by yourself.

In Stavanger, there is a big library, where we do school while we are staying here. We had a tour through the building. There is a music room, computers, 390 000 books, and much space for learning and working. I really like the library because there are so many calm rooms inside it.

Our friend Lars brought our family to go climbing in a big climbing hall last week. My father could give them a presentation. After that presentation, we could go without paying to the climbing hall. The climbing hall was sectored in three parts: the easy part, bouldering, and the hard part. Mostly we were at the easy part but sometimes we tried to climb at the hard part. I and my siblings managed to climb a 7- (a difficult route). It was pretty cool to climb with experienced people. After climbing we were really exhausted and tired. But I still want to go again. 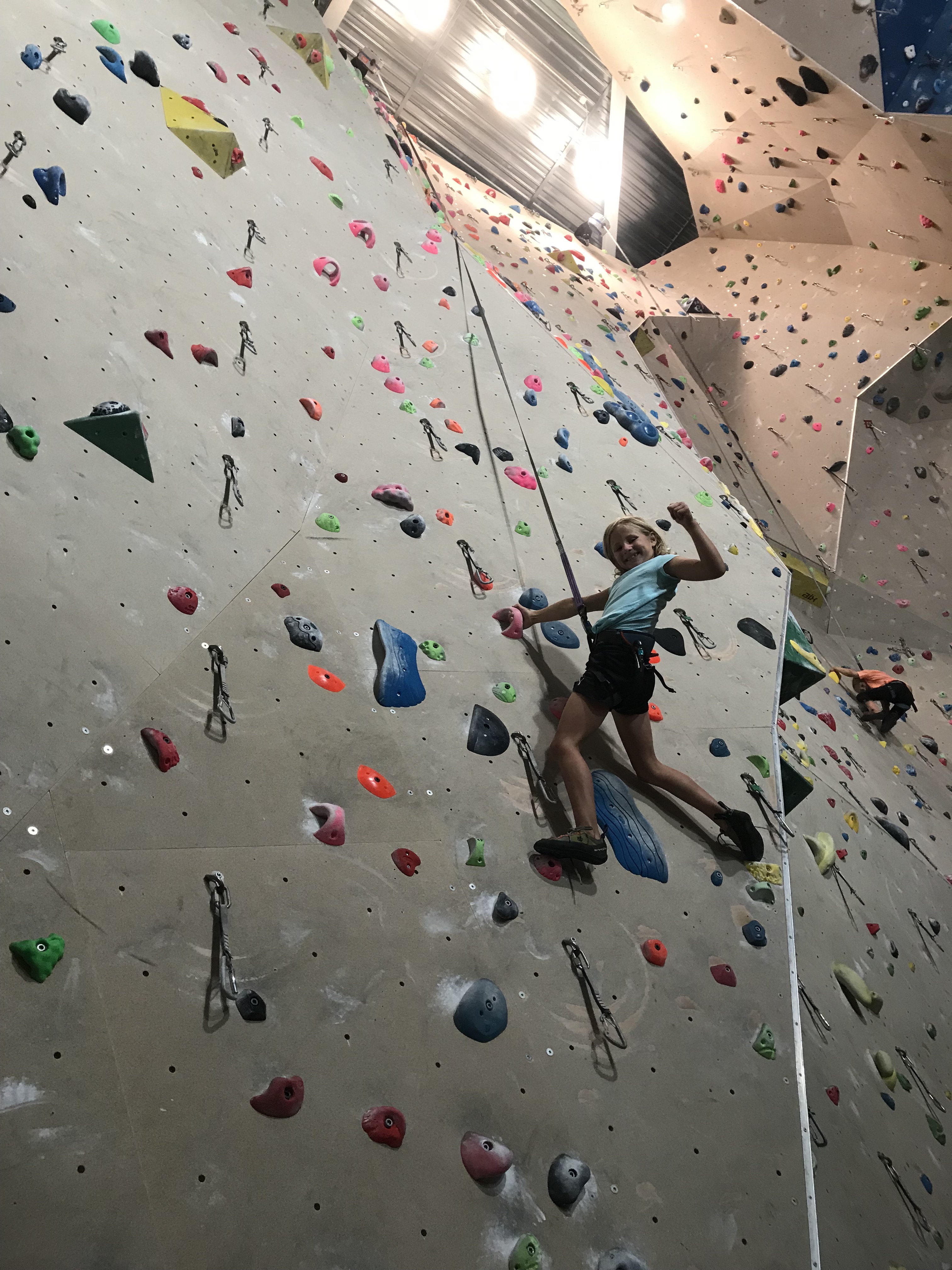 by Noe, supported by Lea:

When I woke up in the morning, it was pretty windy. I took my rain jacket and went to school. As I came back for lunch my mom called me to go on the other boat which was next to us, to eat lunch. She said that the fire extinguisher was exploded! That was pretty funny because it also happened to me several years ago. My Mom said that everywhere inside our home was white dust, which came out of the fire extinguisher. While eating lunch my neighbor and my mom told us that an army vessel crashed in the pontoon. They explained it very funny and I knew now the reason why the railing was not straight anymore. They did it two times. It was a funny Friday the 13th.

Busy with cleanups, presentations, and tours on the boat:

Many thanks to Doris and Charles from MS San Gottardo; the locals Geir Heitmann, Siri Kalvig and Anja Fremo; Paul from Stavanger Sailmakers and the whole family of Lars.

One thought on “Stavanger”