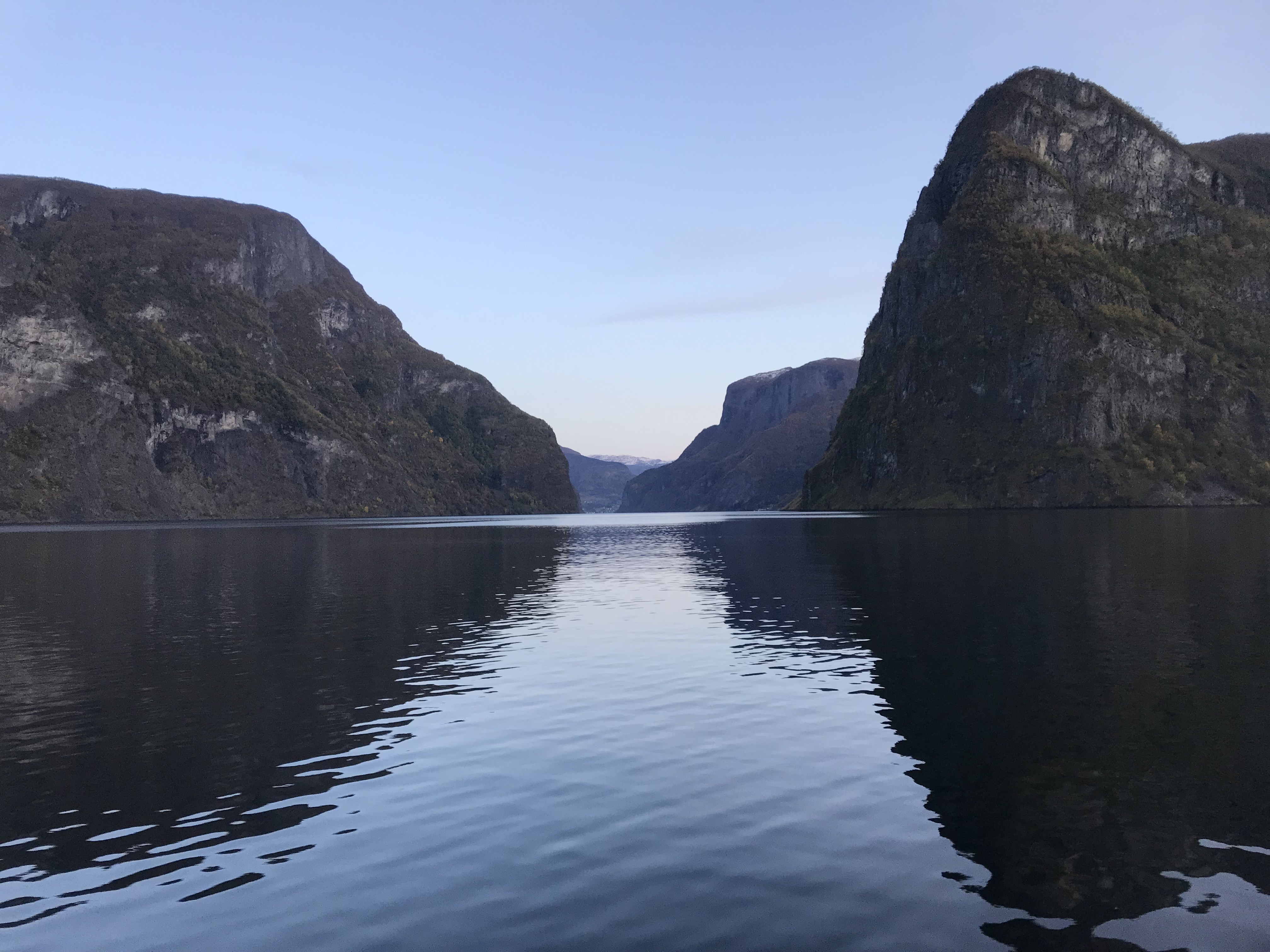 The world’s longest fjord is situated in Greenland and is referred to as the Scoresby Sund (350 km), where we have been last year. 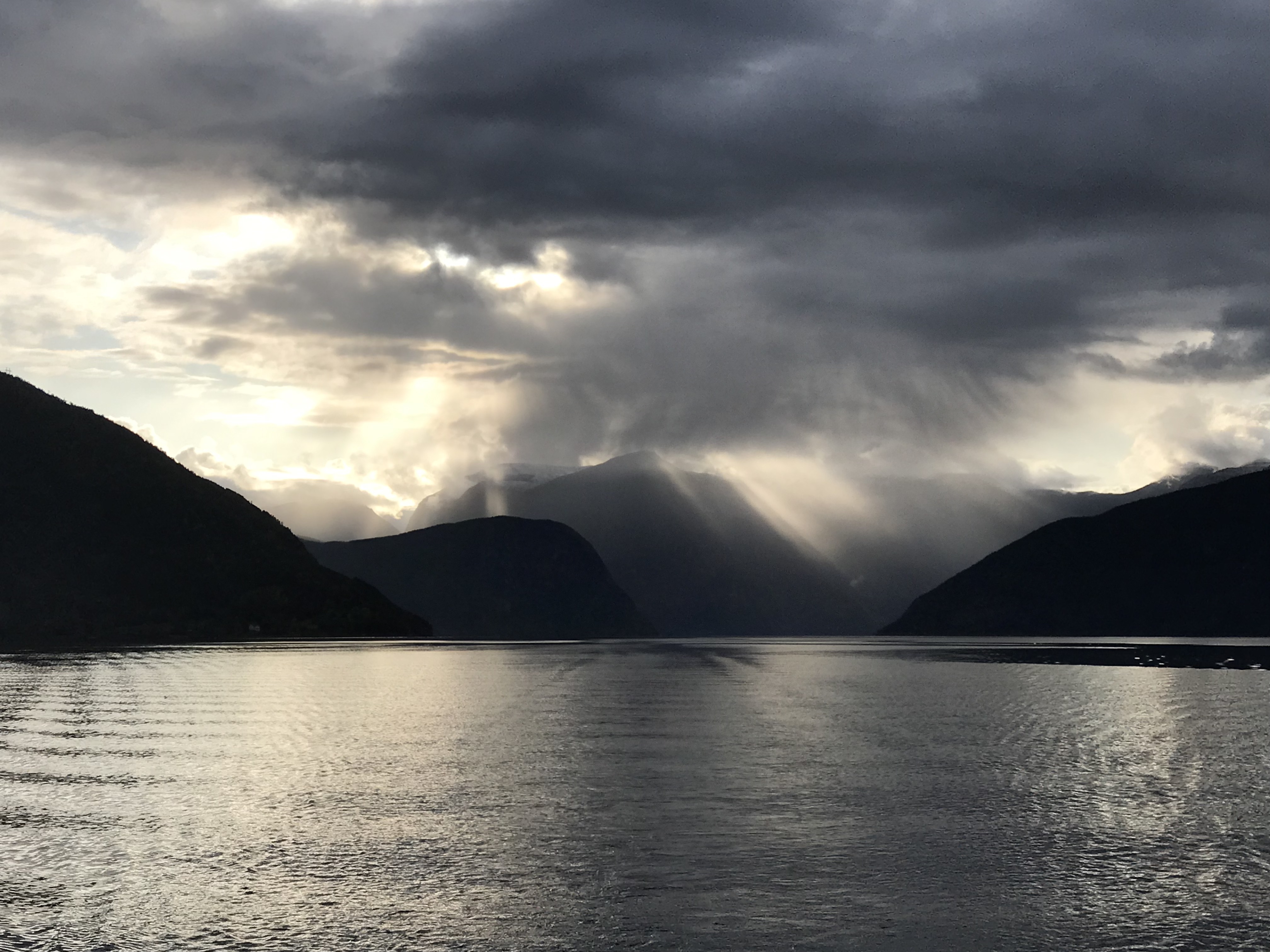 Now we are in Sognefjord (205 km), one of Norway’s most prominent fjords holds the distinction of being the second-longest fjord in the world.

Here we are visiting schools and clean-up plastic and joined the Vikings: 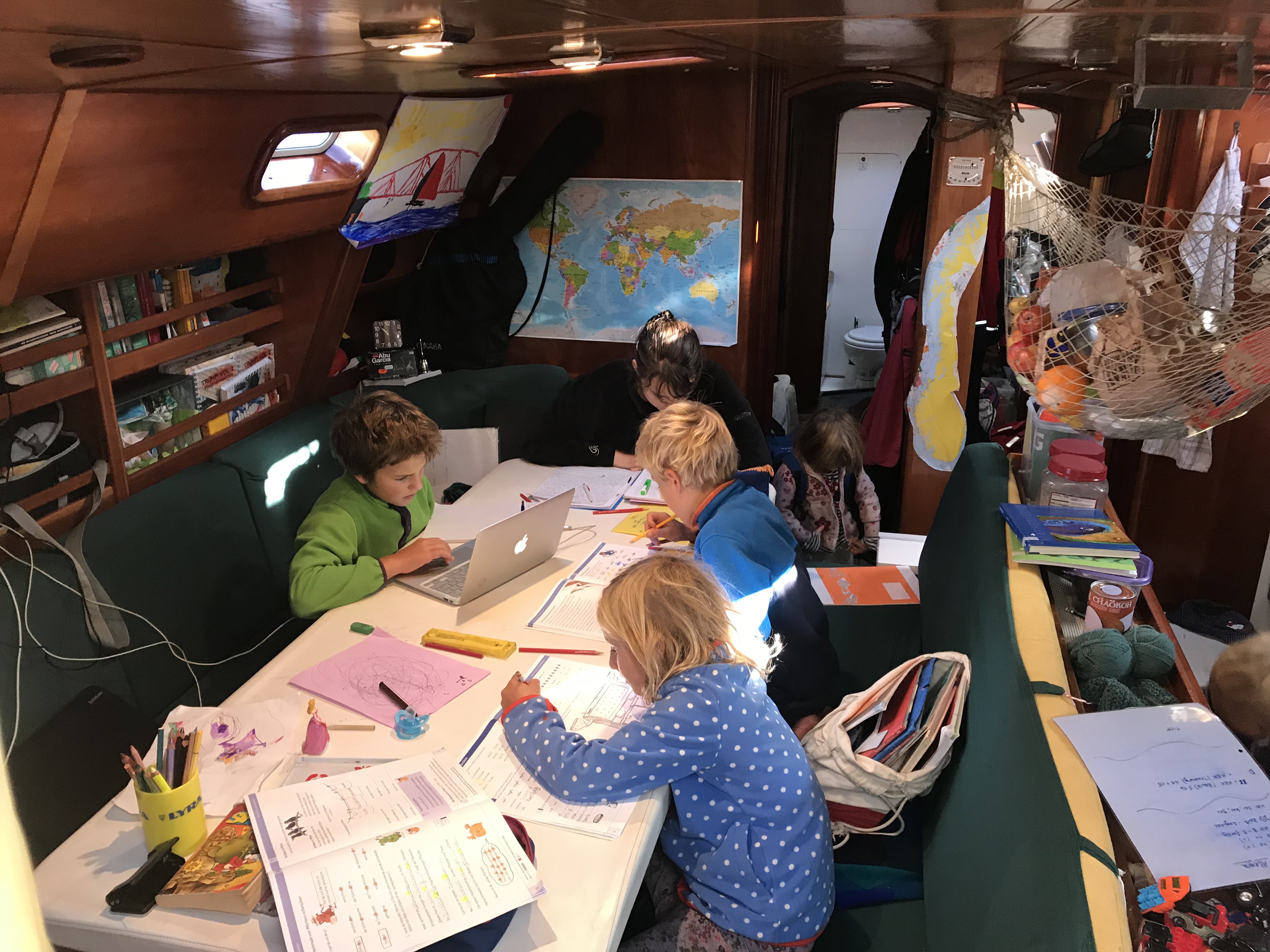 Blogs of the kids and Lea: 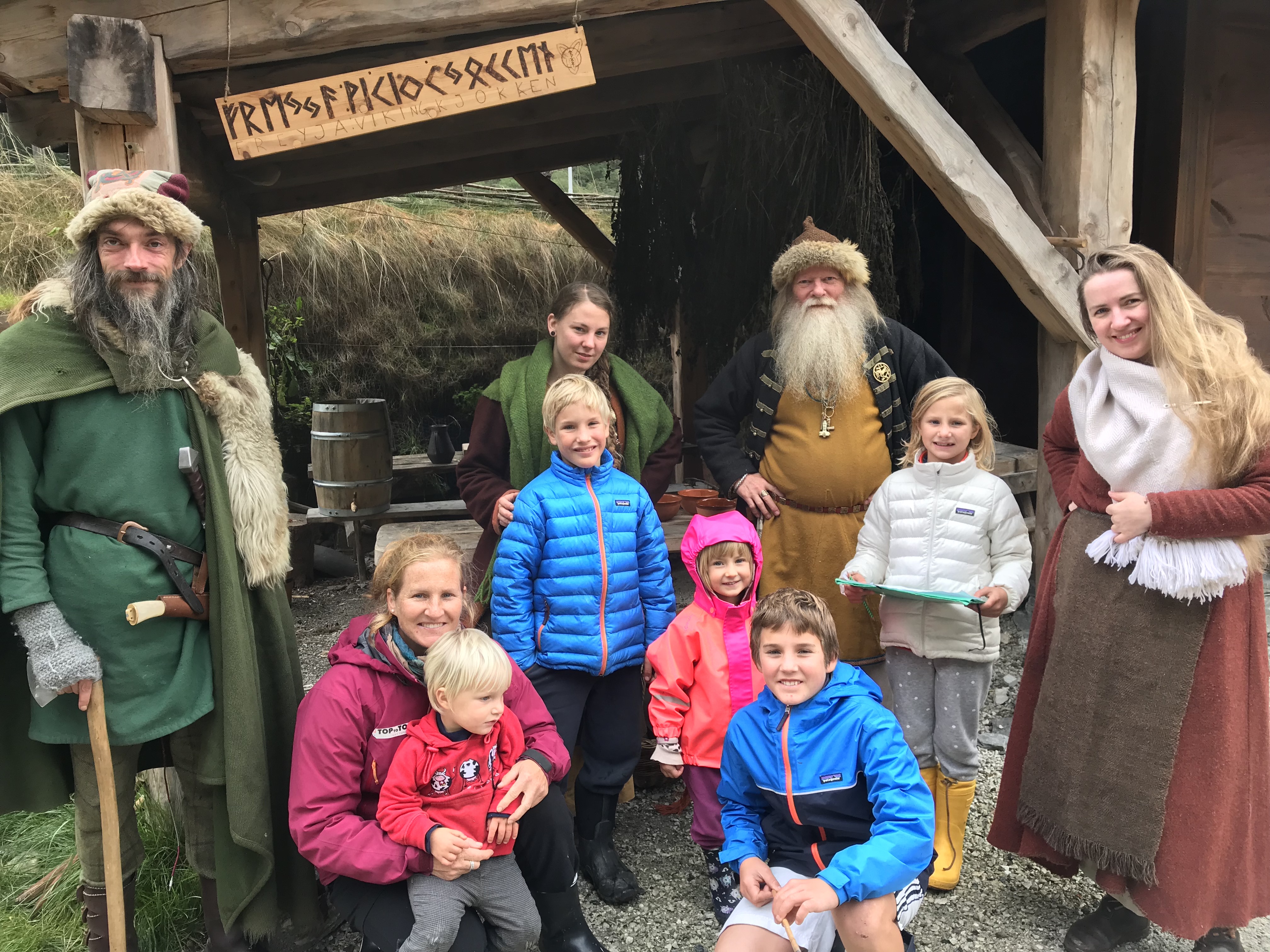 Drrring, drrring, drrring, my alarm clock rang at 6:30. We started school at 7:00 and pulled up the anchor. Soon, Pachamama glided over the water to the Viking museum in the beautiful fjord Gud Fangen. Cliffs hanging over the clear water, the mountains sparkled because of the frost and the snow on the top, the rivers and waterfalls reaching down to the ocean. After one-hour beauty, all of us stepped on land and we went to the Viking museum. It was a Viking town with a lot of crafts and a few houses. We had a tour and that was great.

I had to find out something about the topic food and cooking of the Vikings: 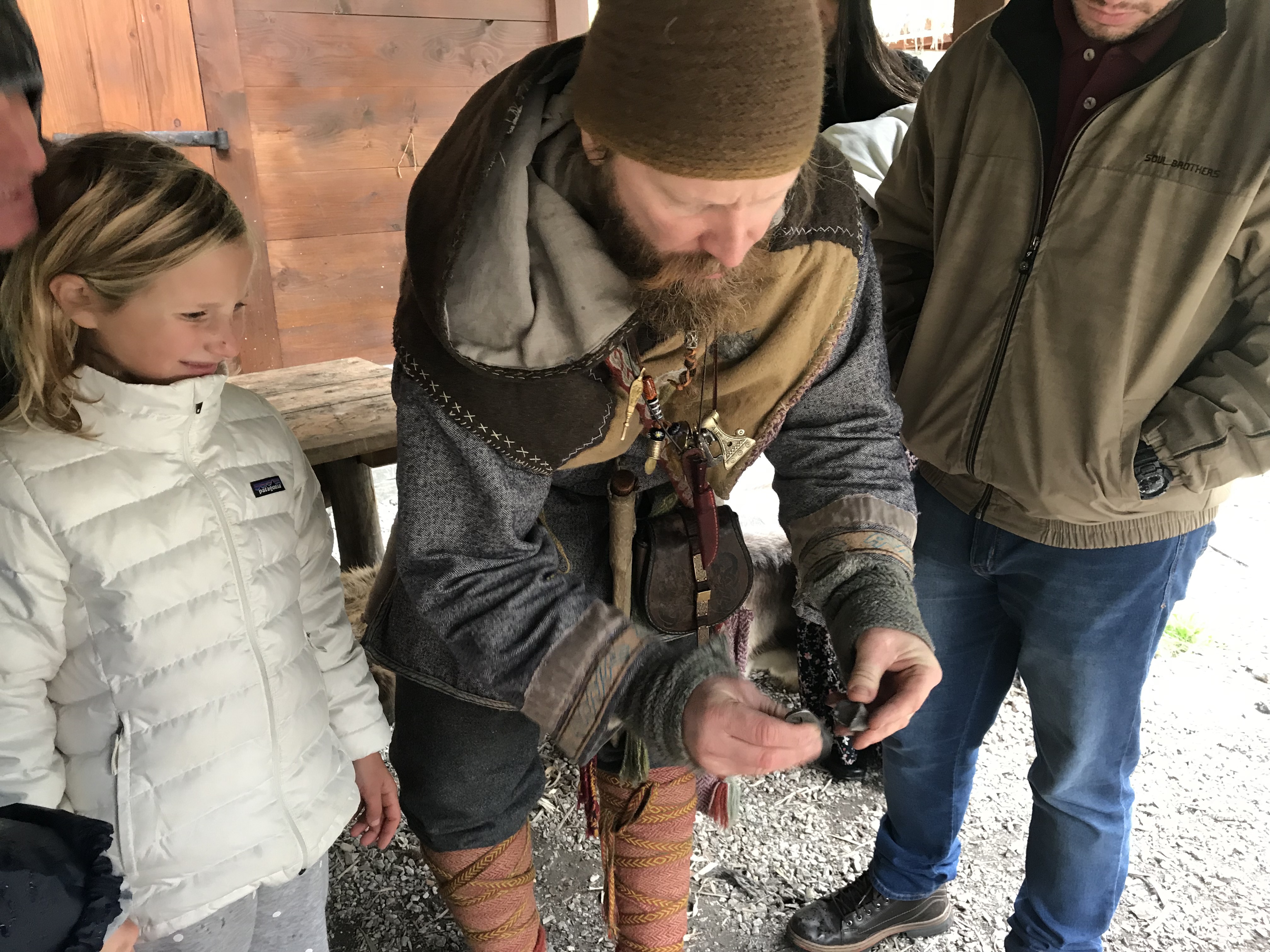 They cooked with a fireplace and hanged the pan over the fire with an iron chain. The fire was protected by a stonewall, so it can not escape and burn the wooden houses. The Vikings hunted fish, land animals and crabs. I saw a wooden trap for crabs. Mostly they wanted to make the food lasting a long time. They ate porridge, potatoes, a little bit of vegetables, fish and meat. They had a lot of fish recipes: cold and hot smoked, dried, cold, fried and boiled fish… While they where sailing they ate salted fish/meat or wrapped it in leather, so that it will last longer. So they had enough vitamins and stuff.

In the town, the ships fascinated me the most. They built long, flat, wooden boats, up to 40 meters. To fill the holes between the planks, they used wool and tear. To form such long planks, the Vikings never used saws, they just split up the wood. Like this, the planks were bendable and didn’t boke so fast. They had sailing and rowing boats, most of them were a combination of both. When the wind was from a good angle, they could reach a speed up to 17 knots! That was also the reason why they were so good attackers on the sea. Because the boats had no big keel, they were able to go up even little rivers. They worked with surprise attacks and had a very good working strategy. 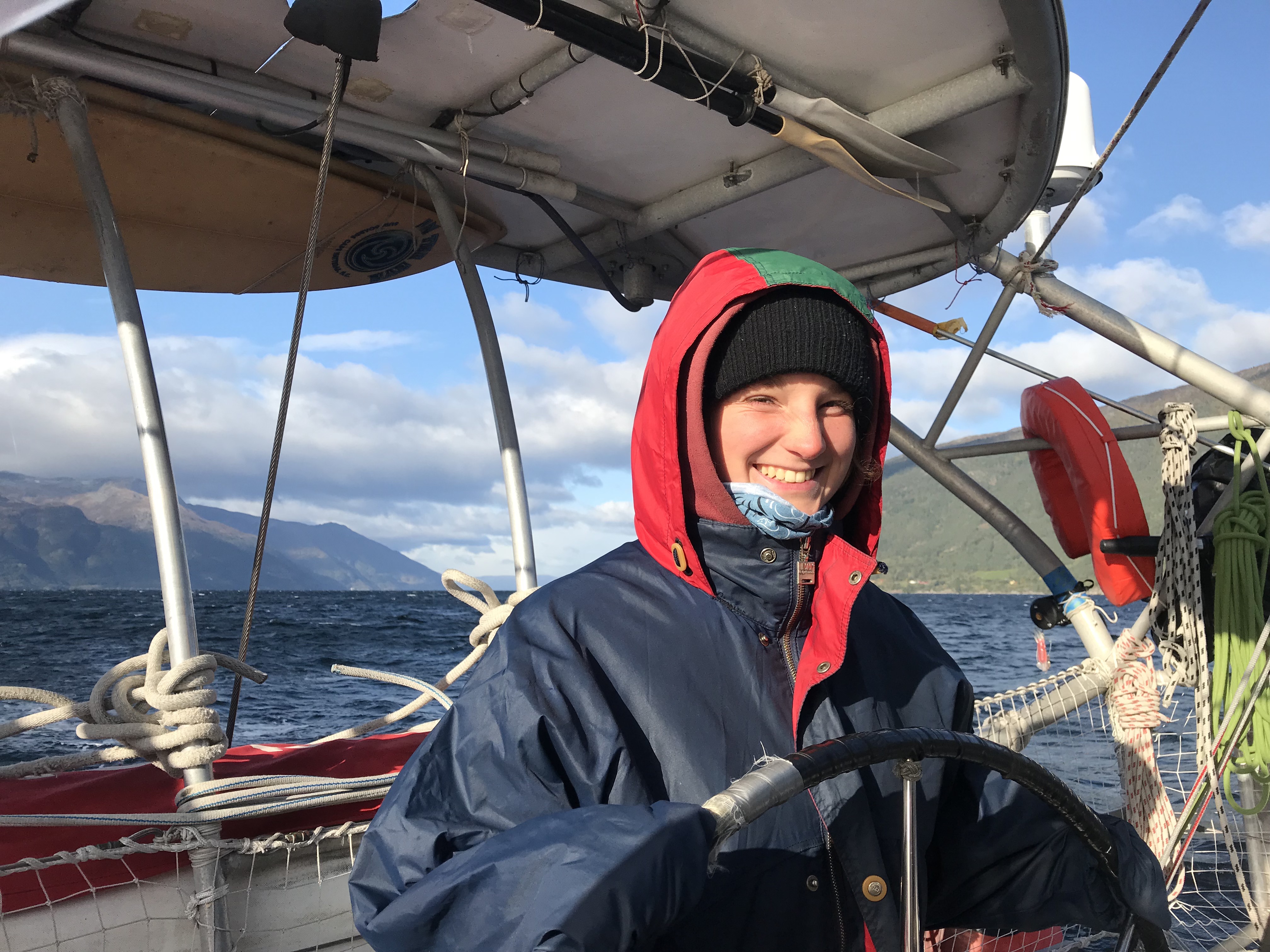 The Viking village was really nice. I especially liked the wool and how they colored it. What was fun to do, was shooting the arrow. I was happy when I shot into the blue ring the first time and I was impressed that my brother shot in the middle!

My question was how the Vikings did school. I picked that topic because I didn’t know how the children learned back then. To find that out, I asked one of the Viking guides. He told me that the kids learned from their mums and dads. So, when the father worked as a fisherman, then the son became a fisherman too. But it could also be, that if the son loved sailing, he would become a sailor maybe.

It was nice that I didn’t see one piece of plastic there, because everything was made of something natural like leather, plants, wood, wool, iron, stone and glass. In the end, my brother asked the woman at the entrance if he could put on her woolen scarf. We could all try it on, and it was so cozy! In just one minute, it gave me so warm. When we were sailing off, we waved at the woman to say goodbye. 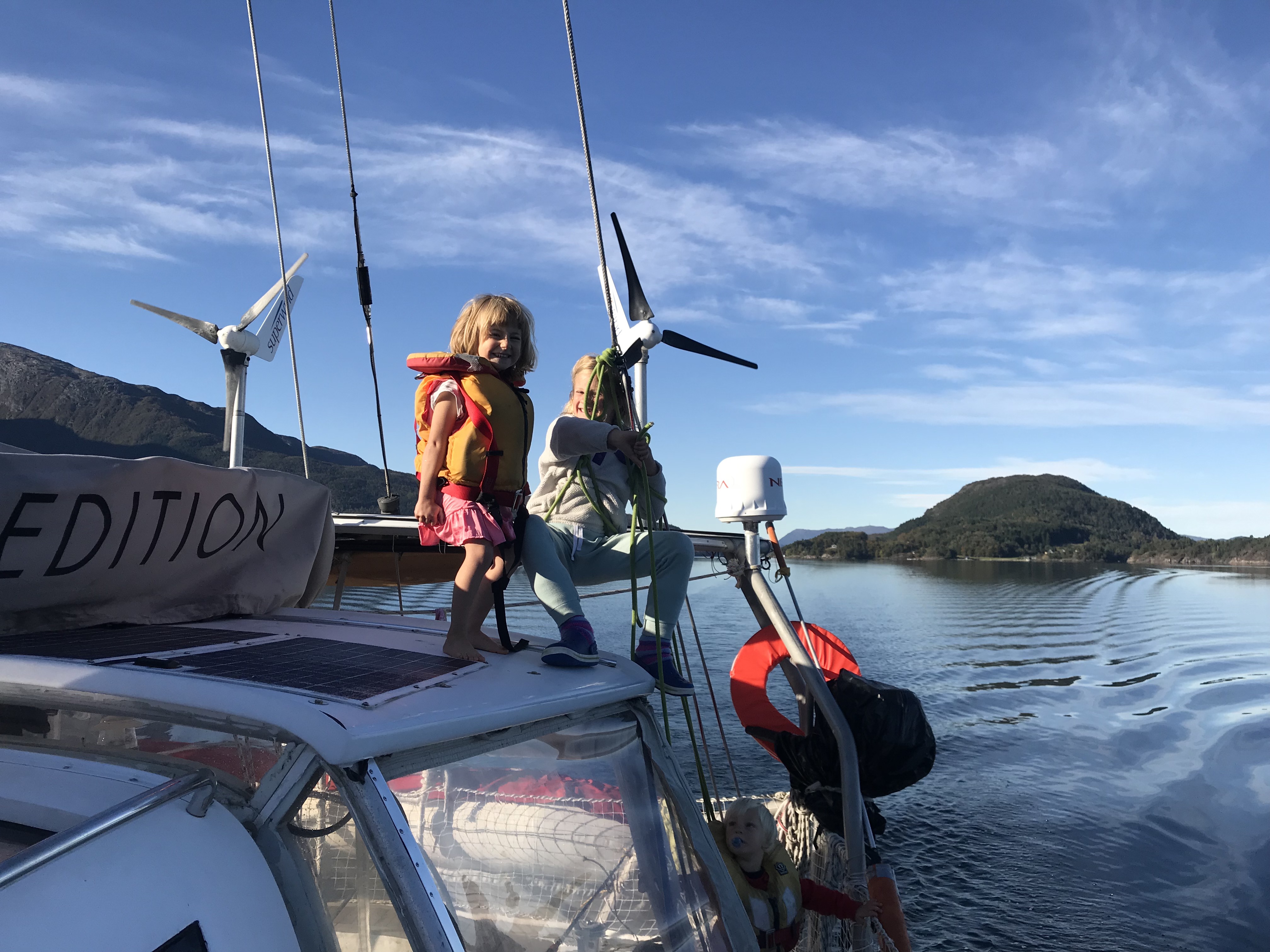 My task was to find out, how the Vikings built their houses. As I saw the village, I was very interested. I asked a Viking guide how they built houses. They put a stone bottom and on top of that they put wooden poles. In that they put some sheets and they put it in to the wooden poles. Then they filled up the holes with wool and tear. The roof was made with grass. The houses were 30-60 meters long and in there lived many families. The houses were warm although they did not isolate them, because the wood does isolate them.

I liked the village very much, and I want to work there someday as well as a Viking.