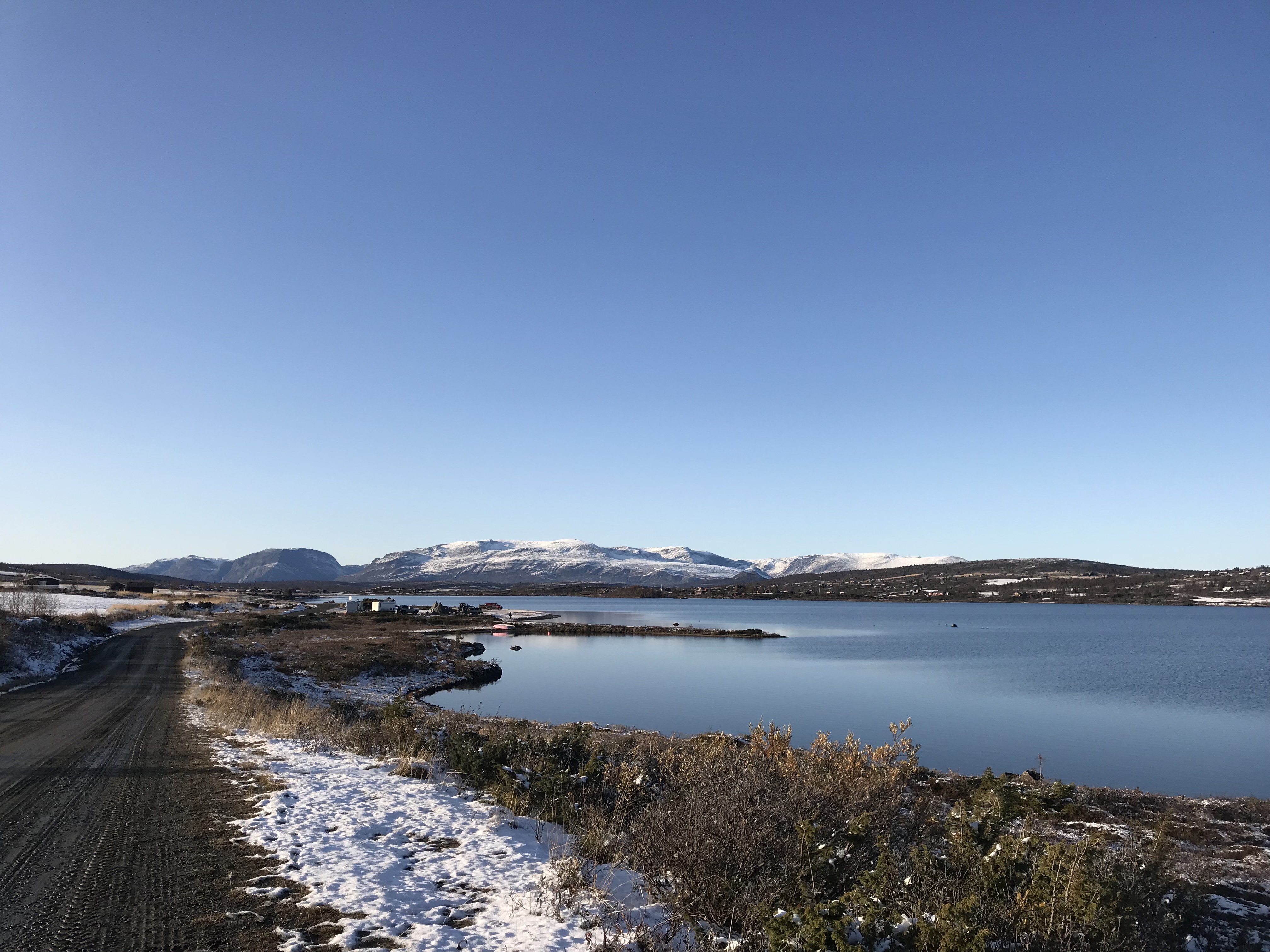 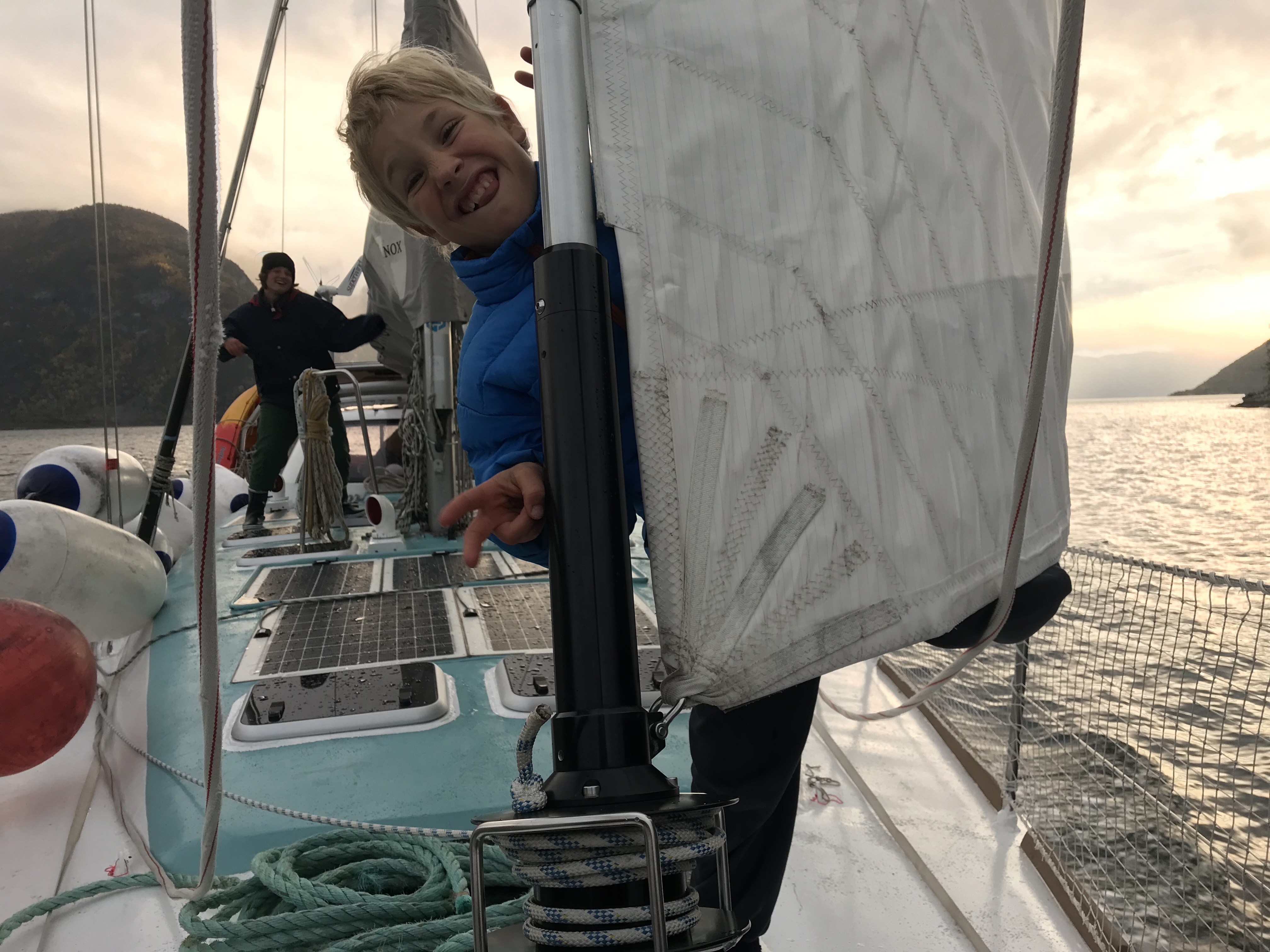 It was lunchtime as we stressed to go out of the Viking fjord because the tide was sinking. Out of the fjord, I saw dolphins and seals. As we were planning over the water, we saw the forest coming down to the seas and there was a nice breeze coming from the southeast. We hissed the sail, the genoa, and the staysail and we sailed with the butterfly into the Kaupanger harbor. The water was very clear, so we thought that it might be too shallow for us. 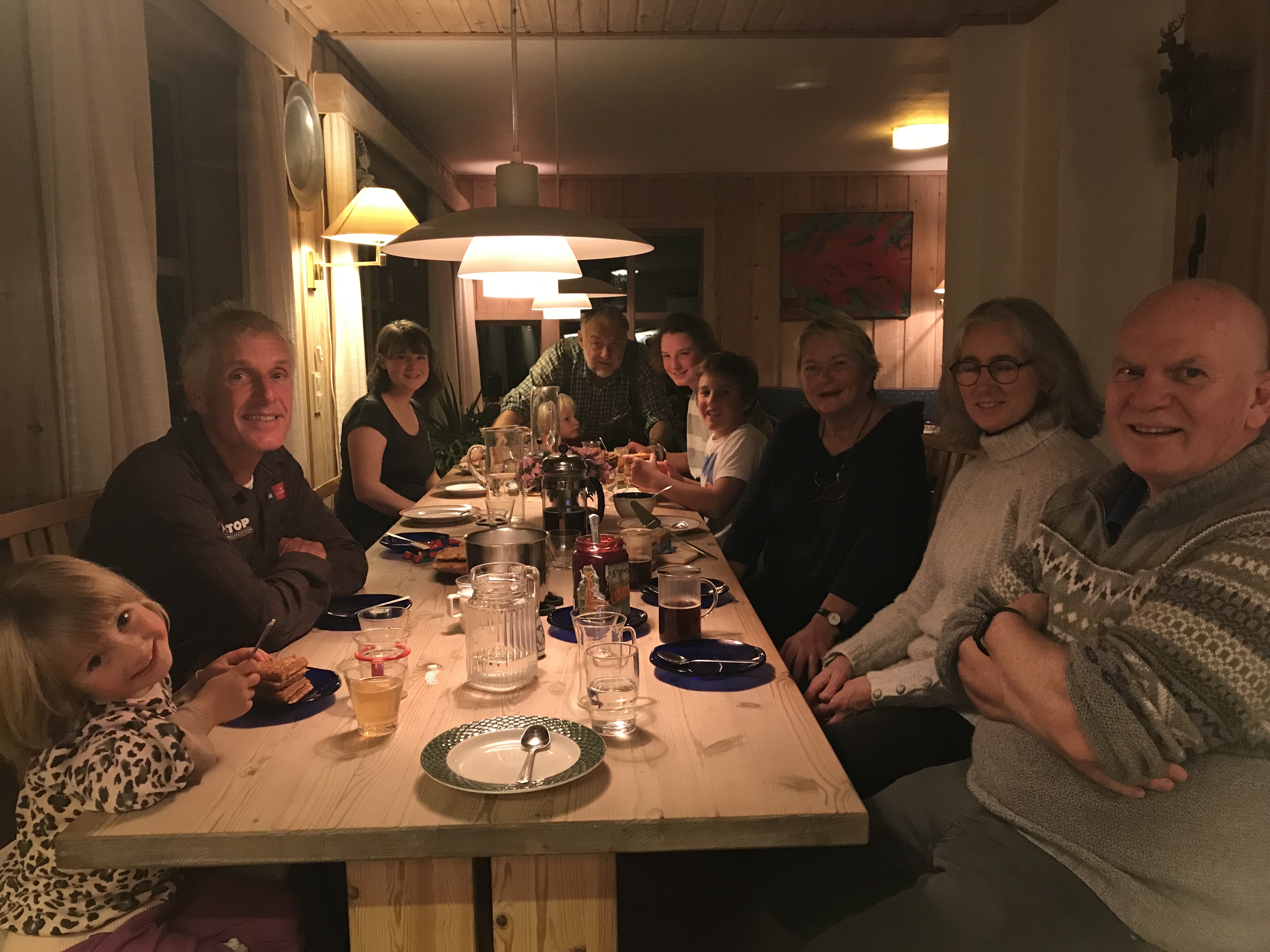 In that evening we were invited to Christian, a Swiss friend of ours, who lives here. Odd Tufte, who organized a dock for Pachamama joined too. We ate this marvelous zucchini with cheese and meat.

The next day we went to Hanne, an old friend of Dario. She lives in Valdres together with Harald in a beautiful house. When we arrived, it was very cold, -3 degrees. We went to bed late, because we watched the movie “North of the sun” of the son of Harald, who built a hut on a beach out of trash. They cleaned up 3 tons of garbage on the beach. For us, it was very inspiring.

The next morning we went walking with Tyra, the nice dog of Hanne. My mum and dad came with us. After walking, I went kayaking on the lake near the house and my mum was scared because she did not know how to do an Eskimo roll. The next day we went walking again. On the way, we saw a deer. We went on top of the Grønsennknippa mountain, which is 1368 meters above sea level. On that mountain, it was so cold, that we could go Ice-skating on a frozen lake. My dad went to the middle of the lake, and the ice cracked very much because of his weight. 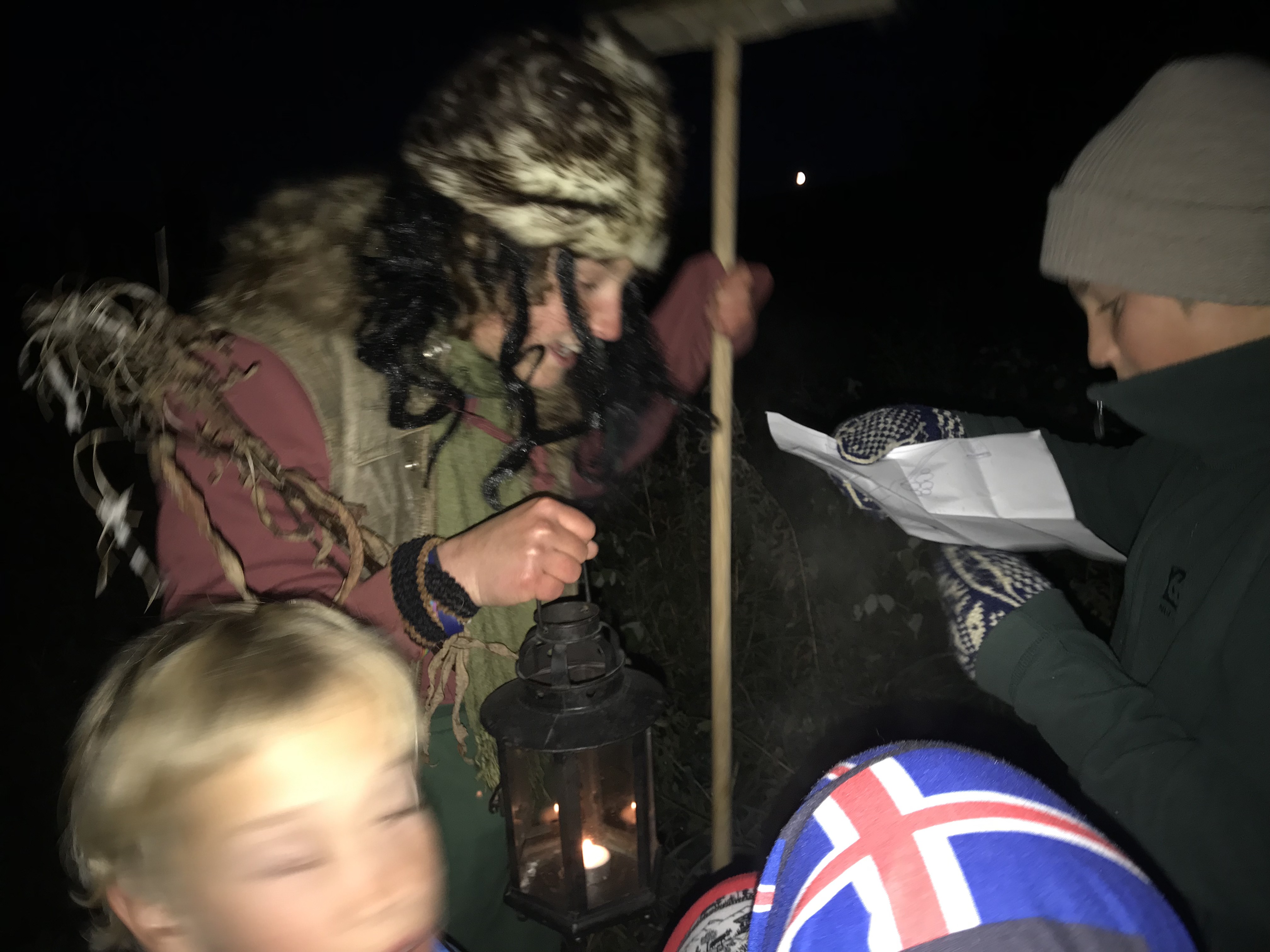 When we were back home, we wanted to look at a film, but somebody rang the doorbell. We went outside, and we saw a little candle and a piece of paper. On the paper was written something in old runes. While my brother was solving the riddle, I and Alegra found the key to the riddle in a secret box. In the letter was written: “Helft mir! Houderebäseler”. Then we went out, where we saw a track out of candles. We followed them and found a house without a roof. Inside the house was a weird person: Houderebäseler. He had a map where we had to find his lost friend, Schöppelimunggi. We came to a big gate with paper. On it was written that we had to go alone, and we should not say NO to the monsters (Totemügerli). Andri went first, the second was Alegra, third was me. There were monsters in the forest, and it was scary. As everyone was together near the lights, we asked the Totemügerli for the Schöppelimunggi. First, we had to find the bottle, and we found it under a tree stunk. We got a totemügerliname and we had to drink that nasty drink (much fish oil). Our new names: Noé: Zazu – Alegra: Alinghi – Andri: Bragi – Sabine: Sriracha – Dario: Peak – Mia: Grissini – Vital: Litho. The Totemügerli said that he will send us our friend back. So we went back to the house. This evening was like a scouting evening, based on a Swiss story performed by Lea and Laura.

The next day we went home to Pachamama. On the way, we stopped for visiting Martin and Matilde for eating dinner together. The very good food was completely out of their garden and the forest except the grapes was from Spain. After a very good dinner, we went home. In the night we heard the moose yelling in the forest.

What makes our life much more comfortable is our new dehumidifier from Munters: 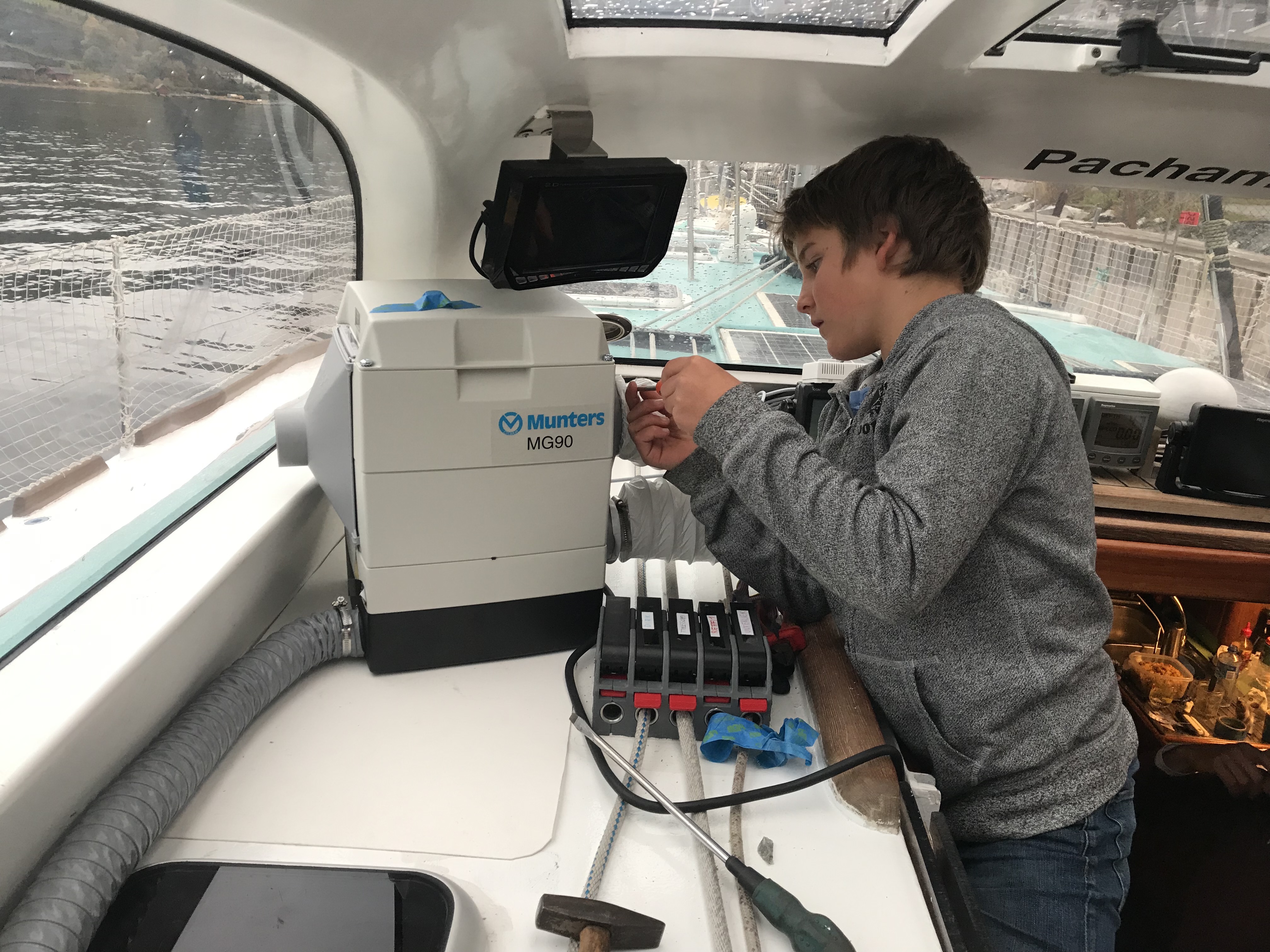 Your Perfect Climate! Check it out!

One thought on “Valdres”