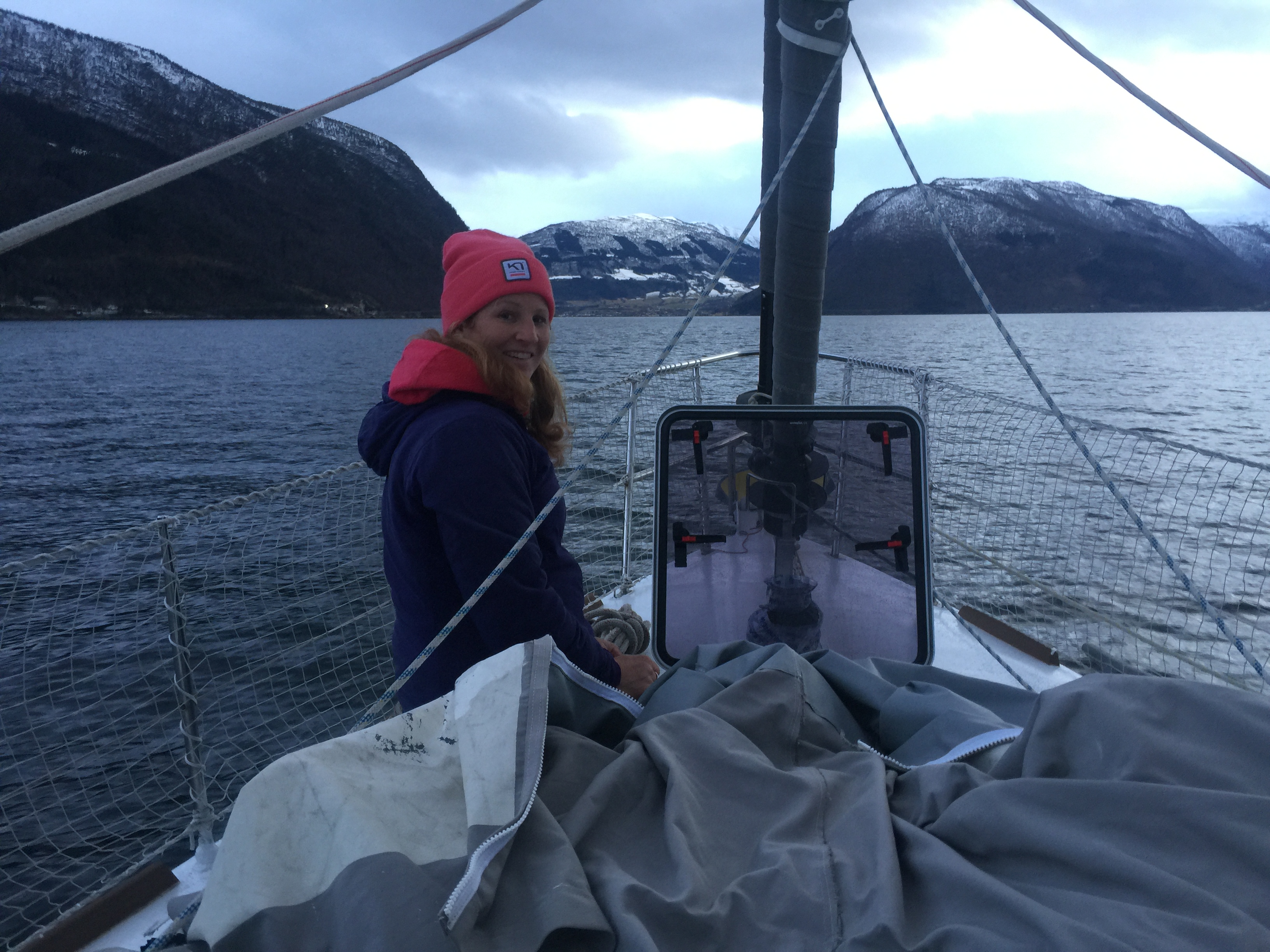 On Monday, March 9, 2020, the time had come and we hoisted the sail of our expedition boat for the first time since October 2019. The four months in between, our Pachamama hibernated in Kaupanger (NOR). After our ship was badly damaged in a storm in Iceland, some follow-up work to the main repairs in a shipyard had to be done.

The actual reason for our departure was a long-planned talk at a school on the banks of the “Innvikfjorde” – a northern parallel fjord to the Sognefjord. Just sailing along their coasts would have given us more than 160 nautical miles each way. Since the Corona Virus has not made a stop at the Norwegian border, however, larger gatherings are currently being prohibited so that our event had to be called off at the last second. Instead, we kept our promise to two Climate Change students from Sogndal, who wanted to join our outward journey in order to test water samples for microplastic particles. Jana Weghorst from Germany is part of the Erasmus Exchange Program “From Mountain to Fjord” which, like TOPtoTOP, is celebrating its 20th birthday this year. Jana Weghorst: “We are currently working on a science project, which will be presented to the Sogndal Commune and the press at the end of the Winter Semester. The project is about the examination of different components in the Arnafjord, a branch of the Sognefjord. Correlations between the sediment, the bank and the water shall be regarded considering their long-term development. One aspect is the examination for microplastic particles that first occur in the water and later settle in the sediment. For this purpose, glass bottles of 1L are filled up at the water surface on several locations in the fjord. To avoid a falsification of the results by particles from the ship, we paddle out with the dinghy a few meters. The samples are then being stored in a cool box in order to be analyzed and evaluated in the NORSE laboratory in Stavanger.»

The night from Monday to Tuesday we moored our ship in the beautiful village of Vik. On Tuesday morning we sailed into the nearby confluence with the Arnafjord in order to take our four samples. Two of them were taken from locations approximately 80 meters deep, one directly above the reeds, where the water depth was reduced to 11 meters, and the last sample was taken right on the bank of a small bay where we stopped for our lunch break. The settlement structure in the bay gave us a wonderful impression of what agriculture must have looked like in the past. The dense forest and the steep walls of the surrounding mountains have created a soil that could probably only be used after decades of ploughing and cleaning. A building that was already recognizable from a far distance turned out to be a fish farm. Due to the strict hygiene regulations, we were at first instructed to keep a distance. Though, the workers turned out the be very courteous and even invited us for a tour around the basins. The farm raises sea trout that is carried into the fjord when getting older. There, the big schools of fish grow up and will later be processed for food production.

After this spontaneous excursion, we returned to Vik for the night. Our busy fishermen Noe and David immediately got to work and pulled a wonderful dinner out of the fjord. The next morning we had a presentation with a subsequent Cleaning Up at the public school in Vik.

At noon we could use the brief sunshine to advance our return trip to Kaupanger. The stay shall not be of long duration, as our next trip to Flåm already starts on Thursday morning (Simon, 11.03.2020).