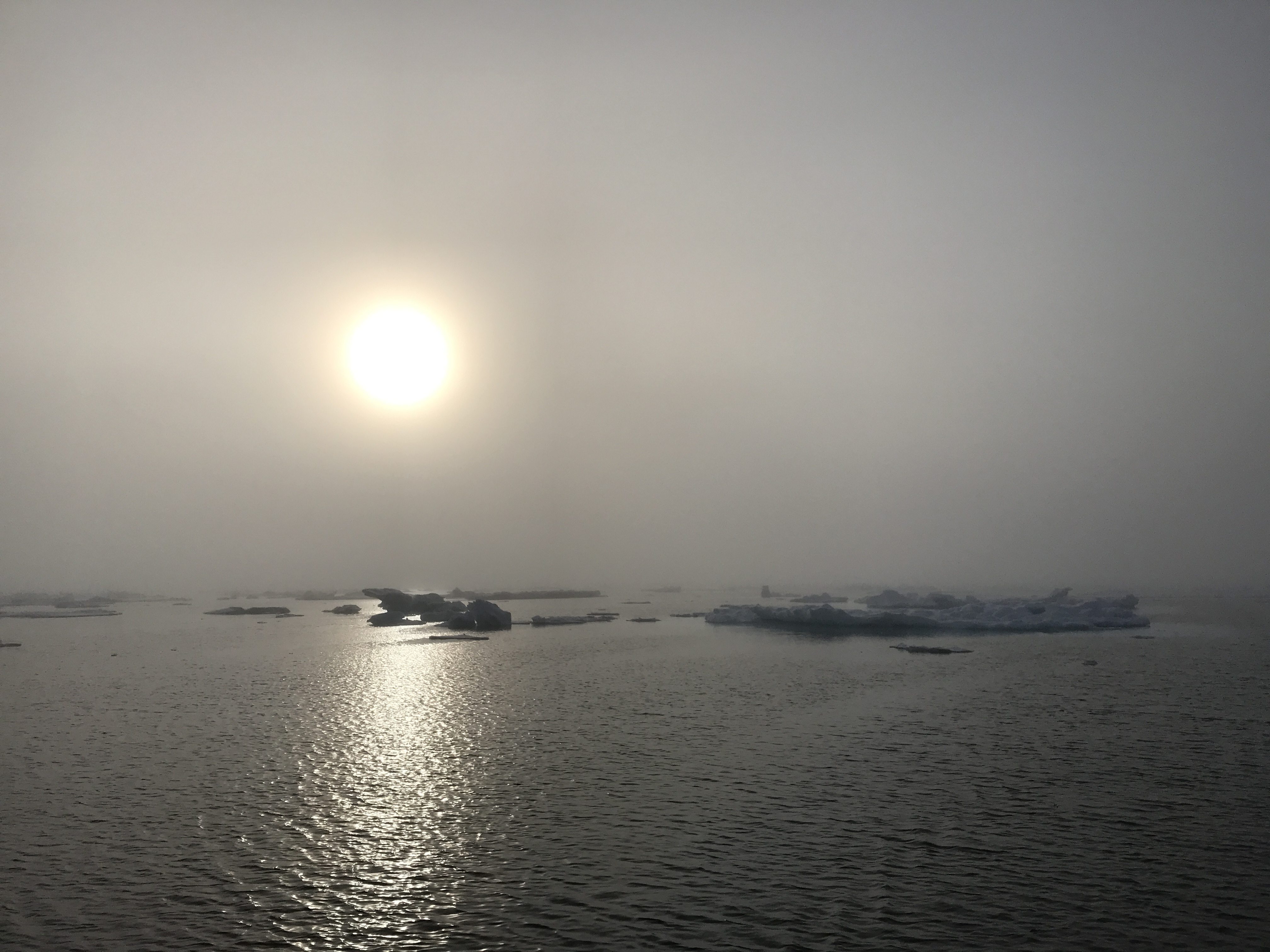 What an elation! After four weeks of winter in the barren vastness of the far north, we were able to set foot on green land again. As much as we enjoyed feeling the mild late summer breeze in Kirkenes, we miss the beautiful memories we collected during the last weeks circumnavigating the fantastic Svalbard Archipelago. Although these experiences are hard to put into words, I’ll try to summarise the highlights of our journey in a few points.  By and large, we made it our goal to reach the outermost points of Svalbard in order to filter the water for eDNA traces and micro-plastic particles in collaboration with the ETH Zürich, Western Norwegian University of Applied Sciences and NORCE Research Center. The eDNA tells us which animals have moved through the respective waters over a certain time period. Determining the plastic content with the manta net does not yet allow causal conclusions to be drawn on the plastic’s impact, but at least correlations and overlaps can be identified. Marine ecologist Meret Juncker explained that up to 80% of some arctic bird species were found to carry plastic in their stomachs. A frightening number that calls for more research on the effects of the plastic in the species guts! At the same time, we wanted to continue with our routine clean-ups to free the beaches from plastic – if we could actually find any so far away from civilization! And the less we expected it, the more sobering the experience was of encountering it in large quantities even in the most remote places. A great number of fishing nets, food packaging, buoys, boilers, lighters, and other waste piled up even in the sheltered fjords of the Northern coast of Nordaustlandet.  Removing the plastic often felt like a Sisyphean task that could have kept us busy for months. Once the big chunks were removed, you discovered how many medium and small particles were hidden in the sand underneath. The friendly filmmaker Robert Wittmer joined our trip and recorded everything that happened. His own movie about the plastic flood on the Greek Islands is called  „In Between Beauty and Waste“ – A title that sums up our own experiences in Svalbard quite poignantly. Because although the currents coming from the south carry in these remainders of human activity, the largely untouched piece of Arctic has provided us with tremendous impressions of nature and wildlife.

Our expedition report in Longyearbyen marked the last waypoint to the north, where we still had internet and telephone connection. In the following days, we sailed to the small village of Ny Ålesund – the northernmost year-round inhabited settlement in the world. The place has its origin in the dwelling of workers from the Kings Bay mining Company from 1916. However, the Norwegian Government had to buy all the shares in the economic crisis of 1929. Today, the settlement is a permanent Arctic research station consisting of environmental monitoring institutes from Norway, Germany, France, China, Italy, Great Britain, Japan, Spain and the Netherlands. Researchers from Sweden, Denmark, Greenland and the USA are regular guests! A launch site for sounding rockets (SvalRak) is located on the outskirts of the town. The Kings Bay Company maintains a marine research laboratory, port facilities, a canteen, workshops, and a common infrastructure for the inhabitants.

After our little detour to the east, we continued our journey to the westernmost point of Svalbard; the Forlandet Nationalpark on Prince Charles Island. During a walk on the white beach, we were surprised by what we discovered! About 30 walrus were lying on a heap – twisting and rolling on the spot to keep warm. These animals are up to three and a half meters long, and their weight exceeds 1200 kilograms. Fascinated we watched the spectacle from a distance before we dared to approach these arctic giants. In the background, we discovered humpback and fin whales diving up and down. The scene felt a bit like watching “Mother Earth” and falling asleep by the sight of its fantastic pictures. A similar impression we experienced when we anchored for a walk at the ‚Mosselbukta‘ and unexpectedly met a polar bear mother with two cups on a stroll. Feelings of respect, perplexity and fascination overcame us when we watched these incredibly exciting creatures so carefree in their natural environment from no more than 40 meters. Fortunately, the animals neither felt disturbed by our presence nor did they enjoy it so much that we ended up on their menu. Quite casually the animals noticed us, continued playing and disappeared after a while. While sailing we discovered two other bears, one of them even crossing our way in the water.

For the further journey, we lacked reliable maps since only few people sail this far north. The situation with the floating ice and pack ice is particularly difficult to assess, as it changes day by day.  The highlights of our trips were – in the truest sense of the word – the ascent of the highest peak of Svalbard and sailing to the pack ice border at 81.17 degrees north! On 28 July 2020, we climbed “Perriertoppen” with 1712 m.a.s.l. which is exactly one meter smaller than the official Top of Svalbard “Newtoppen”! However, as Perriertoppen is more demanding in terms of alpine climbing and also looks more like a mountain, we decided to honour it and added one and a half metres of height by shovelling snow and adding a reindeer antler on top. 🙂 Coinciding with our arrival at the top, the heat record on Svalbard was broken. Below the summit meltwater splashed out of a crevasse as if from a fire hose! Bare ice without any remnants of snow demanded good ice axes. On the way back to the boat, we were confronted with streams of meltwater, two debris flows through the permafrost and even a landslide. For Dario, this was something he had never experienced before – even after 30 years as an international mountain guide. The glaciated mountains on Svalbard are sweating themselves to death! The distance from our boat to Top was about 25 km and 1790 meters in altitude. However, the difficult terrain kept us busy for 24 hours without a break. Tired and happy we found back to the boat and rested for two days before we tackled the 200 nautical miles to the northernmost point of Svalbard. Several times we navigated through floating chunks of ice and we had some spectacular encounters with whales and dolphins.

On the Swiss National Day we broke the ToptoTop record and were only a little more than 500 nautical miles away from the North Pole. In the pack ice above 81° North, I (Simon) was baptized “Blue Whale” with an ice-shower in the warm outside temperatures. This northerly position of a normal sailing ship (without assistance from an icebreaker) shows how far the pack ice has already retreated!

After passing the island of Kvitøya next to the Russian border, we anchored our boat for the last time in the very southern island „Hopen“. Two meteorologists, a cook and an engineer operate a local weather station and welcomed us very warmly as their first visitors for years, except the supply vessel that was last time there 6 months ago! Tom Johansen told us over coffee and cake that he has been running the station for the last 15 years. In his first years there, the water around the island froze in October, then it would freeze in December and now last year only in February. The thawing of the permafrost layer in the warm months has also risen from an initial five centimetres to 50 centimetres now – data which confirmed our overall impression that the Arctic is currently warming rapidly. The “Sysselmannen” (Government of Svalbard) told us that we might be the first boat under sail in history to circumnavigate Svalbard including Nordaustland – especially so early in the summer. Until now, the ice always blocked the way, which would have made a circumnavigation impossible. In the next few days, we sail via Alta, Lyngseidet to the Lofoten and look forward to meeting our friends again! (Simon, 13.8.2020)

Here our routing of the circumnavigation of Svalbard.

Note: Mohit from India just reminded us about the 10th anniversary of the first TOPtoTOP Climate Solution Award:

Hello Gabi, Stefan, Tiffany, Macarena, Gao, Chris, Zofie, Debbie, Lucia, Annemarie, Andrea and Dario!
How is everyone! Hope you all are doing great! It’s been exactly 10 years since our expedition in Switzerland! I went back to our camping grounds and recorded a video message and uploaded it on youtube for all of you. Hope it brings back some nice memories. Mohit Agarwal 🙂