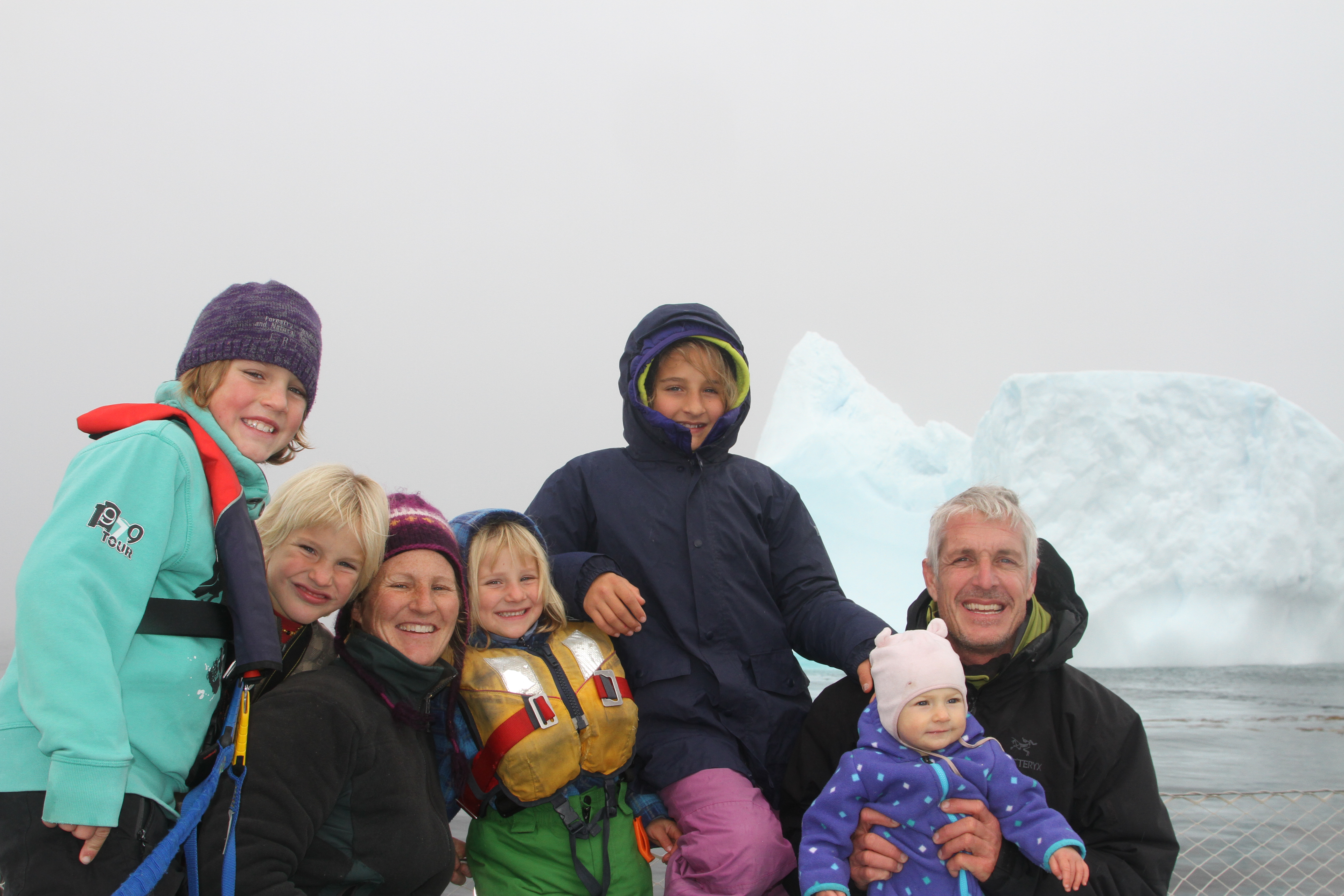 In in our travels around the world, we have seen the impact of climate change beginning and we have also seen places where people are beginning to take charge of their own energy needs in their own communities. Investing in wind turbines (which we use on our boat along with our sails, great wind capture devices), placing solar on our boat, by walking and biking when we go ashore has us using less energy ourselves.

TOPtoTOP Global Climate Expedition is a Swiss-based non-governmental organization whose mission is to Inspire Youth to Save Our Planet.

Over the past 16 years, TOPtoTOP has circumnavigated our blue planet conducting field-based research for universities, scientists and research organizations, visiting the world’s most remote regions and their native inhabitants, and sharing examples of innovative solutions to protect, preserve and conserve our planet.

Dario Schwörer, a Swiss climatologist and international ski-and mountain guide (UIAGM), experienced the fragile environment he refers to as “his office” degrading rapidly and decided to dedicate his life to educating the public on how to respect nature and protect it for future generations. Joined by his wife Sabine, they founded TOPtoTOP with the goal of being the first expedition traversing the seven seas and reaching the highest peaks on each of the seven continents, relying only on the power of nature and the human spirit.

The Schwörer’s journey in their expedition sailboat Pachamama (Inca for Mother Earth) has taken them over 100,000 nautical miles to more than 100 countries. Along the way they have made presentations on climate change to more than 100,000 school children. Their message is one of hope designed to inspire children and communities to act for a better future by sharing experiences of nature’s beauty and resiliency, and presenting innovations for a healthy planet.

Dario and Sabine are not alone in their efforts to engage with school children.  During their journey they have had five children, who along with volunteers participate in classroom presentations demonstrating that progress towards important conservation goals can be achieved in balance with nature. Together, Dario and Sabine Schwörer, their children and TOPtoTOP volunteers are collecting, documenting and disseminating vital first-hand climate impacts from around the world, teaching school children to celebrate nature and protect their natural environments, and bringing a important message of hope to a planet seeking a healthy future.

Dario attended COP21, where the UN Paris Agreement was forged, in December 2015.  That international agreement acknowledges that “climate change represents an urgent and potentially irreversible threat to human societies and the planet.”  It sets a goal of holding the rise in global temperatures to “well below” 2 degrees Celsius (3.6 degrees Fahrenheit) — the outside limit of what many scientists say the planet’s climate system can handle without catastrophic global impacts — “while pursuing efforts to limit the temperature increase to 1.5°C,” a level at which scientists say the damage will still be significant but more limited (the world already passed the 1°C mark last year).

One thought on “ABOUT”