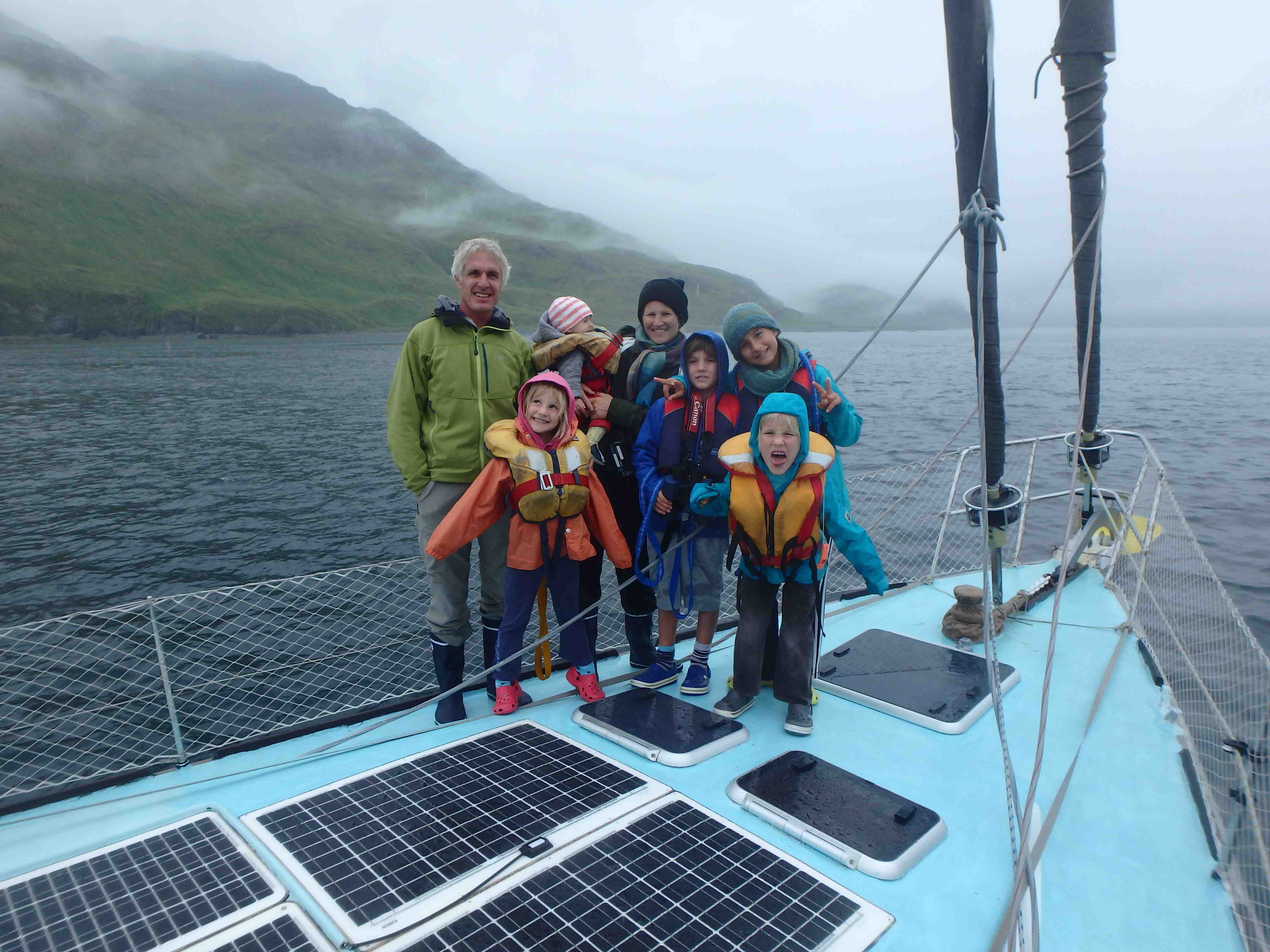 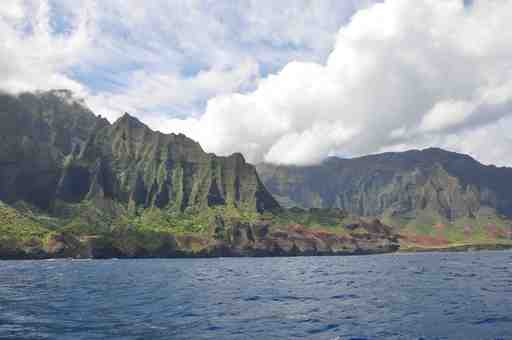 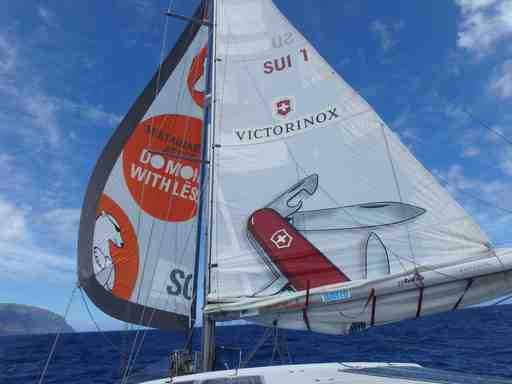 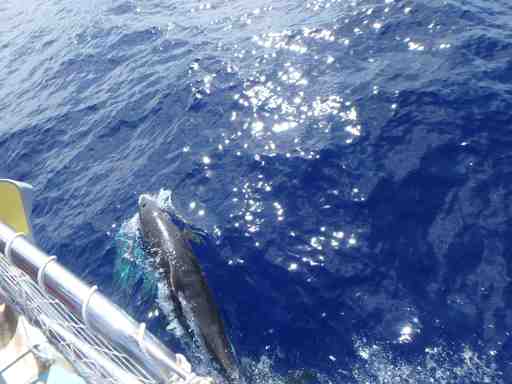 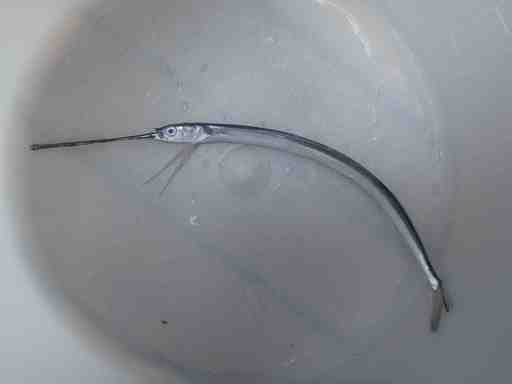 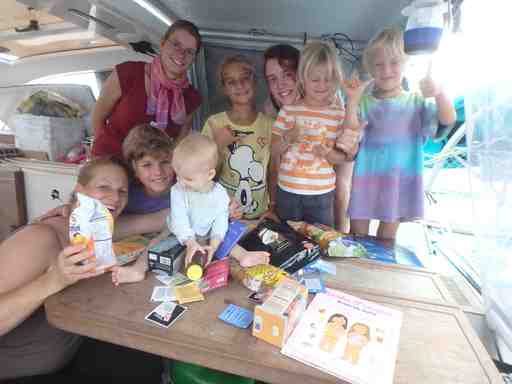 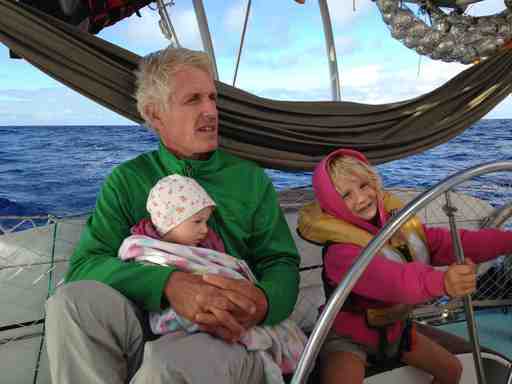 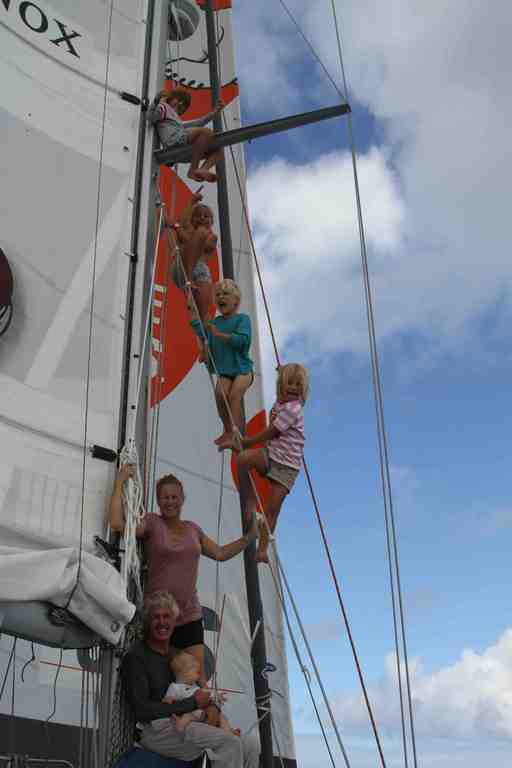 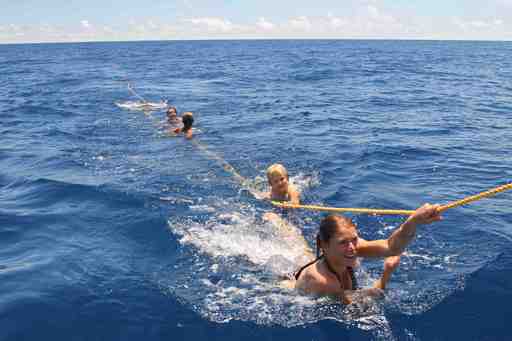 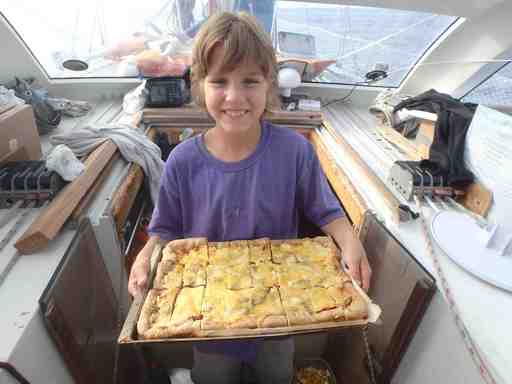 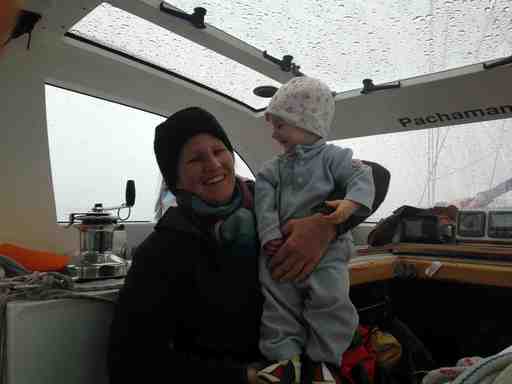 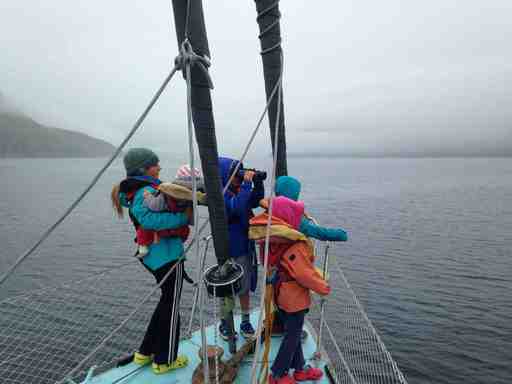 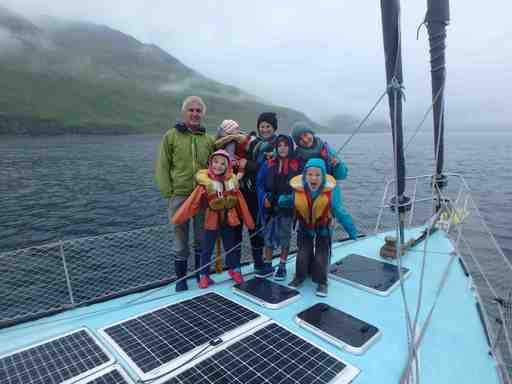 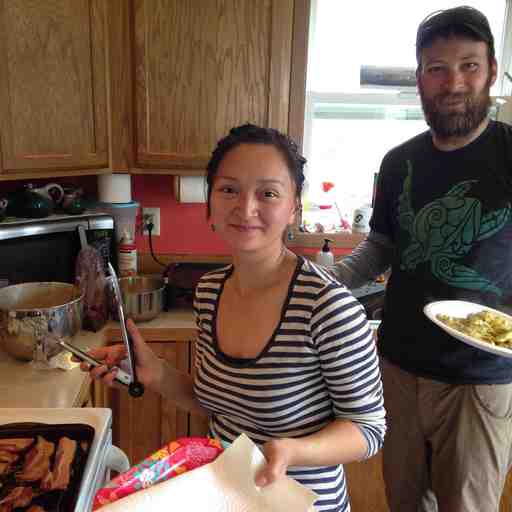 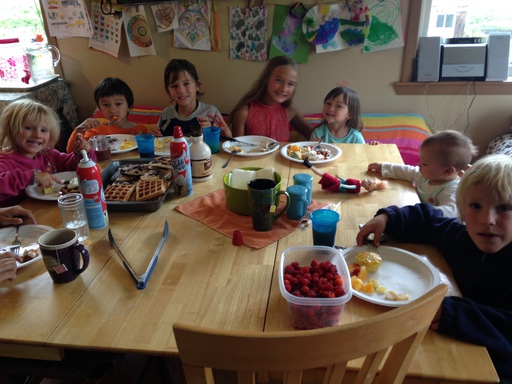 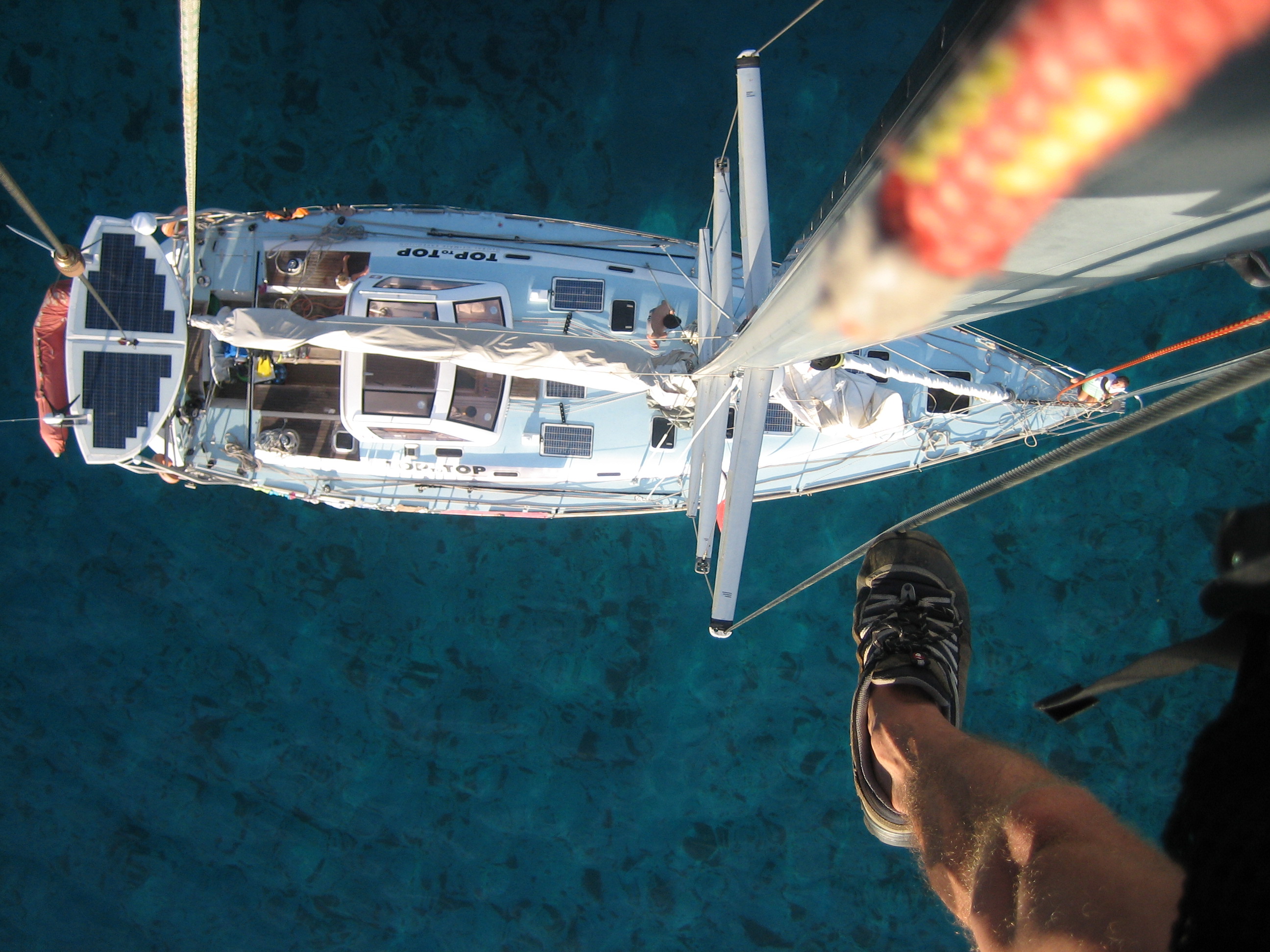 We left Ensenada, Mexico on the 28th of April and had week winds. Because of El Niño we had to go along Baja California far South to get into the trade winds. We are now on 19S 128W. Our ETA in Hawaii is somewhere end of May. Even it takes longer, we do not starve, instead we catch tuna. Fortunately we do not see much plastic, but unfortunately not many whales either. Some birds use the boat us a resting place for some days.

Love from all of us. 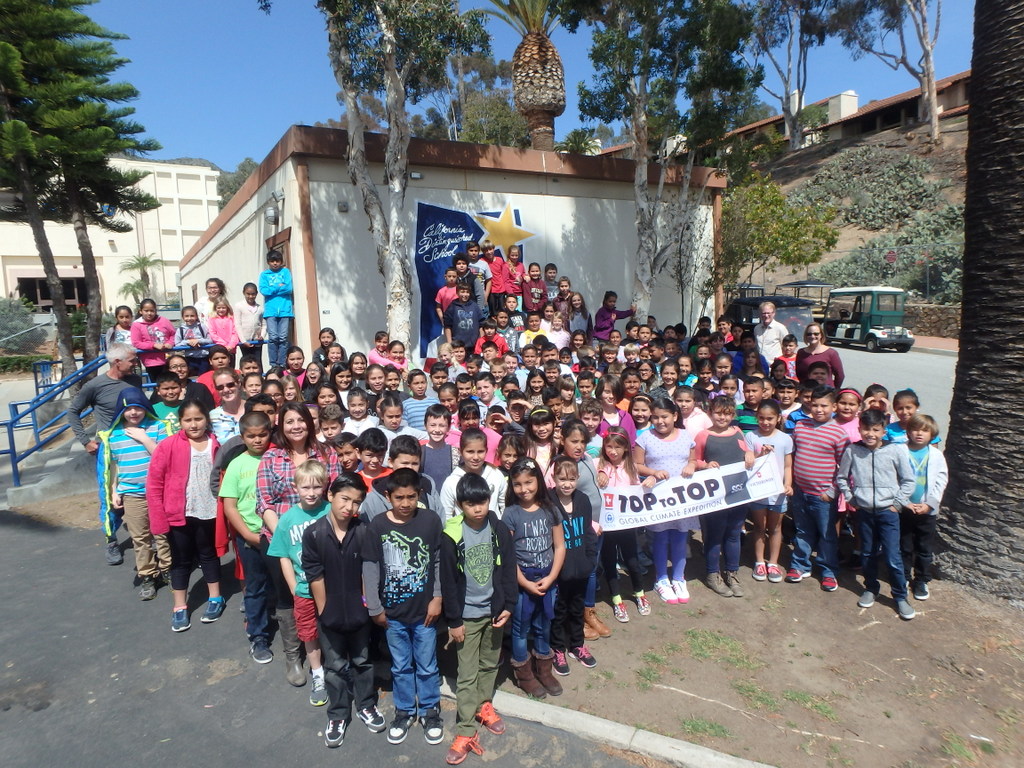 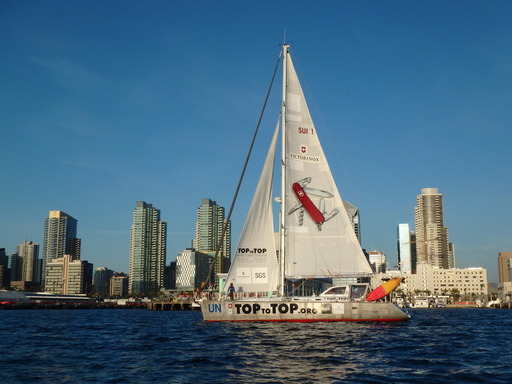 We did a Clean-up South of San Diego where we found a lot of plastic at the beach.
We celebrated Salina’s birthday on Shelter Island, San Diego, before we sailed to Catalina Island.
There we did a school presentation infront of 150 students in Avalon thanks to Wayne Herbst. 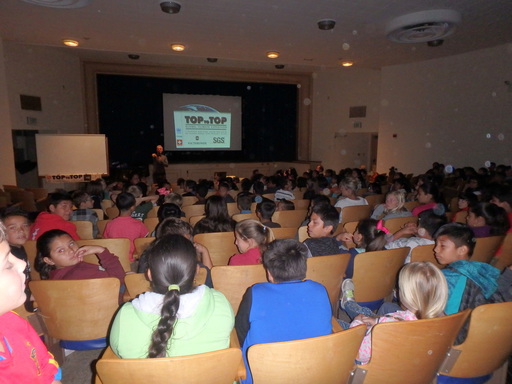 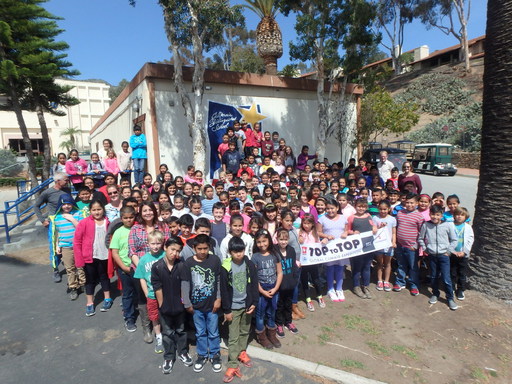