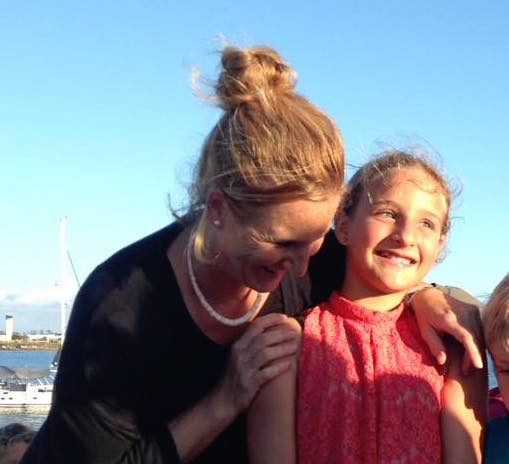 The autopilot stopped working early this morning, which put the ones with watches back behind the helming, an increasingly familiar position.
After school Noé and Alegra helped Dario fix the autopilot but mid afternoon it changed its mind about working again. Dario not one to give up hope, went about fixing it once more and after dinner and since we have been spared the coldness of helming.

Yesterday and today we have been sailing across a very significant historic land bridge. ‘Beringia’, the lost land of Bering, is a shallow sea and counterintuitively is more dangerous than a deep sea. ‘Why?’, you might ask. The fact that it’s so shallow mean that very short steep waves can form, that can be tricky. But anyway back to Beringia… Some 20 plus thousand years ago dry cold wind sucked up the water from the ocean and deposited the water in the form of snow and rain on the land masses of the continents as we know them today. This went on and on year after year until this process had caused our oceans to sink by up to 90 meters. As you now know the Bering Sea is shallow and so it came about that the continents of Asia and North America were connected. This ‘bridge’ opened up a route for both humans and animals to pass to North America. Large historic elephants known as mastodons and saber tooth tigers were some of the first to pass. Animals now characteristic for North America, such as beavers, caribou and bison, all crossed this bridge to Alaska. But what many may not be aware of is, that some animals also went in the olther direction; for example camels and horses came to Asia this way. For camels this was a blessing as they soon went extinct in their homeland but thrived in their new location.
One animal that crossed the bridge thrived in the harsh Arctic climate of Alaska, the mammoth. Overtime this lite elephant-like creature developed to be supremely adapted its climate. With smaller ears than elephants, to reduce heat loss and a thick hairy woolly coat. Its main activity was eating, it would eat 70 kilos of mosses, lichens, twigs and gras a day.
Salina reports on life on board:
Our hammock is still filled with food. We have a lot of wind. It is 10 degrees Celsius and our basil plant from San Diego is still alive. We saw a lot of guillemots, razorbills, Arctic Skuas and gulls today. We pass our time with doing a lot of school. I waste a lot of time with reading books, writing in my diary, when it is not too wavy, and sleeping.

Today, in the morning we were by Point Hope and we saw a lot of birds that used their wings to try to get out of the water and fly. We sailed right through a flock of them, they were all around us.

Then we did some school work and in the break we went out to breath in and it was so fresh we couldn’t believe it. Its because there are not a lot of humans  up in the Arctic.
The ocean was really flat and mirror-like but we could see the jellyfish hanging in the Arctic water, which is 4.8 degrees Celsius. Eventually, we had to do more school work and at 12 o’clock we ate noodles and, astoundingly, some salad… In the Arctic! Salad! Isn’t that weird?! Arctic salad does not fit!
When we ate lunch we talked about if there would be a fire, what elements would make it grow and what you could do to stop it from burning. All fires need air, material and heat to burn. Once you know what kind of fire it is you can decide how to fight it. Water is not always the best solution. For oil a fire blanket is best. Then we also talked about getting water out of the boat using buckets or bilge pumps.
Afterwards, we looked at the charts of where we are in the world. We put a dot on the map of exactly where we are. You need to know quite a bit of maths to know where you are in the world.
Then suddenly Meret shouted there is some ice on the horizon and everybody came running outside. We were so excited to finally sees one ice but mum and dad weren’t because if there is already ice here’s hat means there is so much more up there and we can’t go through the NW-passage. But when dad looked closer with the binoculars he said with a smile: “That’s not ice, it’s a mirage, an optical illusion!” What? Even the pictures we took look like there is ice there. This mirage forms when the ocean is so flat that it mirrors the clouds and this can look like big icebergs.  We laughed at how excited we had been and how nature had tricked us so convincingly.
Then I went and did homework. I had some interesting homework about how the polar regions formed and what lives in them. I had to write an article about it all.
For dinner we ate delicious curry. It felt good because it was hot.

What do you think, how many families have sailed through the NW-passage?